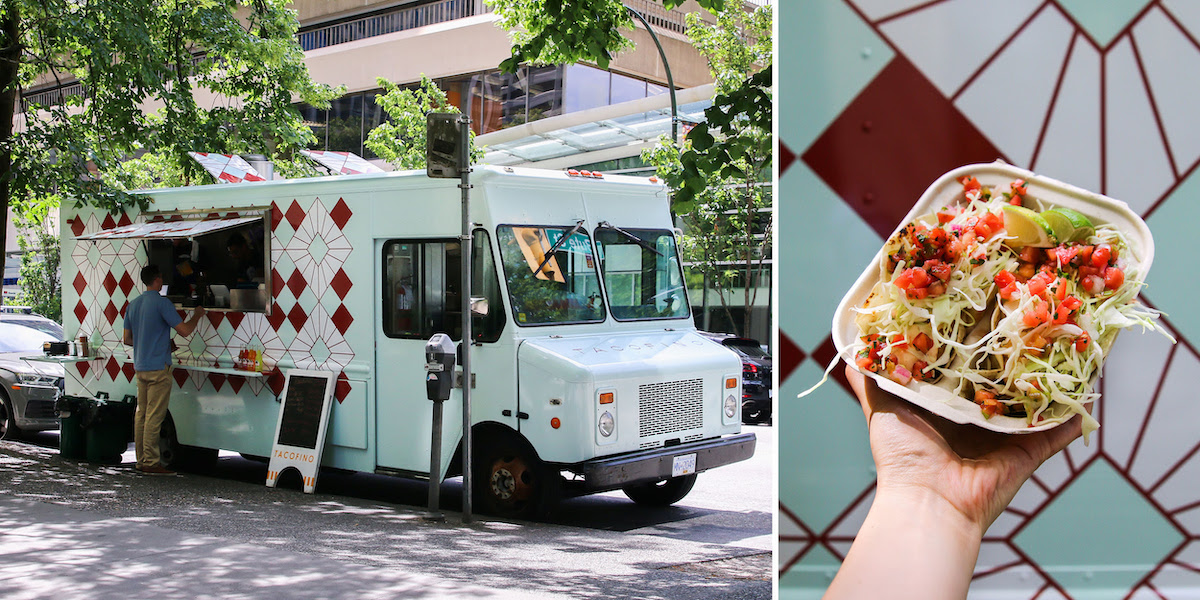 Tacofino will introduce two new additions to its growing fleet of food trucks in the coming month when it brings its beloved Baja-by-way-of-West-Coast fare to Strange Fellows Brewing at 1345 Clark Drive in East Vancouver and the corner of Alberni and Bute in downtown Vancouver.

Beginning at 11:30 a.m. on Monday, June 17, Tacofino will mark the launch of its new ‘Minty’ truck on the spot by giving away one complimentary taco to the first 50 guests. The Minty Truck will offer a menu of Tacofino’s signature favourites to passersby in downtown Vancouver five days a week from 11:30 a.m. to 2:30 p.m.

On Saturday, July 13, Tacofino’s Strange Fellows Truck will officially open its window for the first time at the East Van craft brewery during Strange Fellows’ July Strange Days Party. The truck will be a fixture at the site Thursdays through Saturdays from 5 p.m. to 9 p.m. and Sundays from 1 p.m. to 5 p.m. It’s the latest collaboration between Tacofino and Strange Fellows, who will also team up to co-host the latest edition of Tacofino’s ongoing Beer Dinner Series at its Hastings location (2327 Hastings St.) on Thursday, June 27.

The design scheme of the new Minty Truck was overseen by longtime Tacofino collaborator Shiloh Sukkau, who also blueprinted the décor of the brand’s Gastown Taco Bar, Yaletown Burrito Bar, Ocho in Mount Pleasant and Downtown Oasis locations, with the latter location serving as inspiration for the look of the new truck.

The two trucks are the latest mobile members to join a Tacofino family celebrating 10 years since the brand was born in the surfside town of Tofino, BC with the opening of the original Tacofino Cantina. A decade later, Tacofino now encompasses six brick-and-mortar restaurants as well as a Pink Truck located outside the Vancouver Art Gallery at Howe and Robson and a Blue Truck that travels to venues throughout the city five days a week.