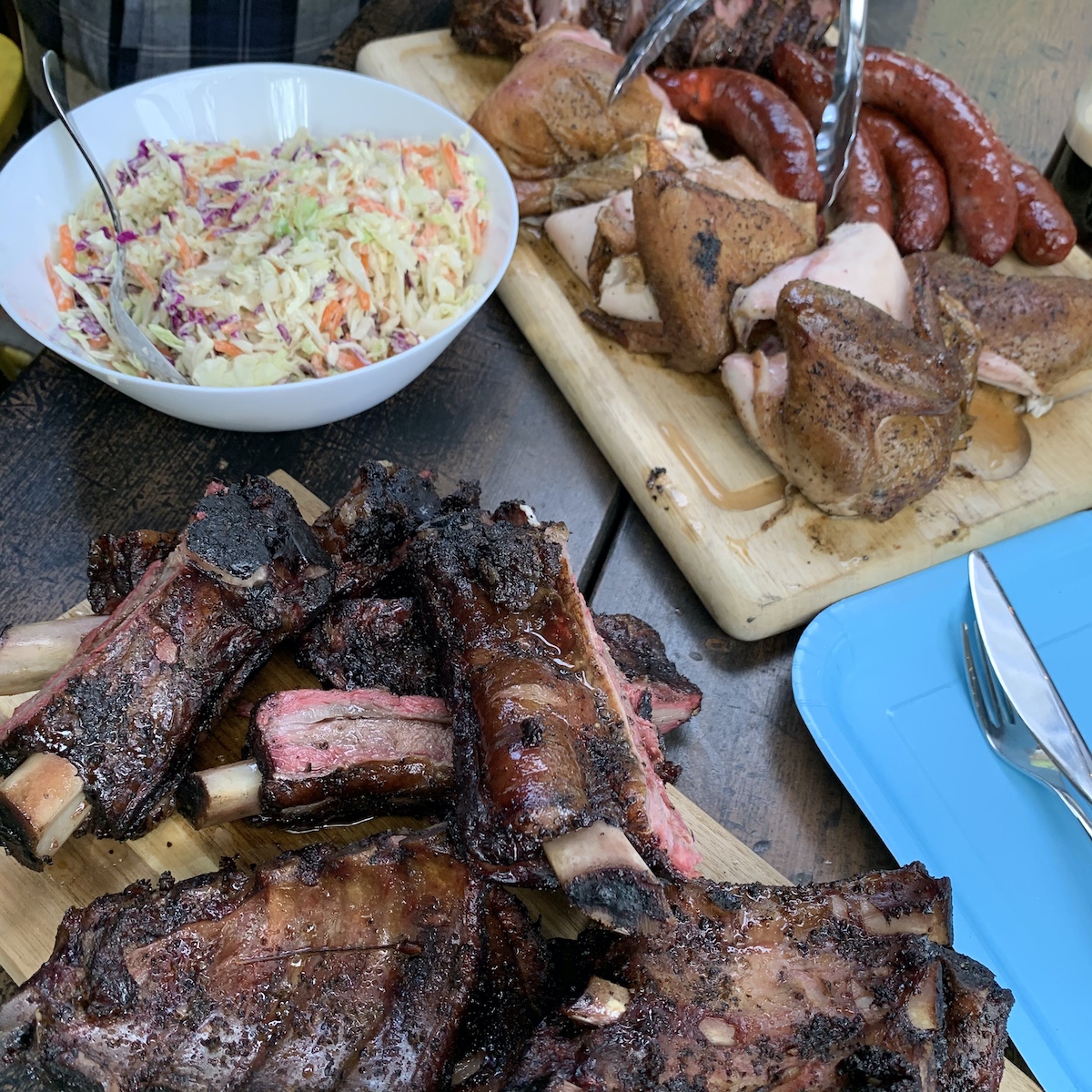 Texas-style BBQ is more than just a way of cooking, it’s an attitude toward dining that’s built around the traditions of big table, family-style meals, sharing food with friends, and patiently slow cooking meats over wood smoke.

Chef Karl Gregg, founder of the late, lamented Big Lou’s Butcher Shop, has long been a passionate fan of traditional BBQ with pilgrimages to the most famous joints in Central Texas a regular part of his food explorations. The launch of Rosie’s BBQ & Smokehouse fulfills a long-held dream of running his own Vancouver BBQ spot. Blending relationships with the best local farms and suppliers with tested and perfected recipes, Rosie’s will raise the bar for local fans of slow-cooked BBQ.

Named for the smoker-equipped backyard shed which became the BBQ test kitchen during the pandemic year, the name “Rosie’s” is also intended to evoke the warmth of big family kitchens. Rosie’s BBQ & Smokehouse will specialize in family-style meals to take away and share in the backyard, on the beach, or at the park. Alongside traditional mains like tender brisket, baby back ribs, smoked pork steaks and sausages, Rosie’s will serve up a wide range of classic sides, made from scratch desserts, and southern refreshments. Think pit beans, smoked green beans, Moon Pies, Banana Pudding, semi-sweet tea, and Cherry Kool-Aid Pickles.

A summer schedule of brewery pop-ups is already in the works, with the early bookings including breweries like Main St., Strange Fellows, Parkside, and Slow Hand. Along with offering a convenient pick-up point, Rosie’s will offer an a la carte menu for hungry tasting room guests and drop-in diners with choices like a smoked tri tip sandwich, the Red & White smash burger, and a brunchable griddled egg and smoked jalapeno sausage sandwich.

Spoil Your Sweetie with a Steak Dinner at Crowbar Restaurant