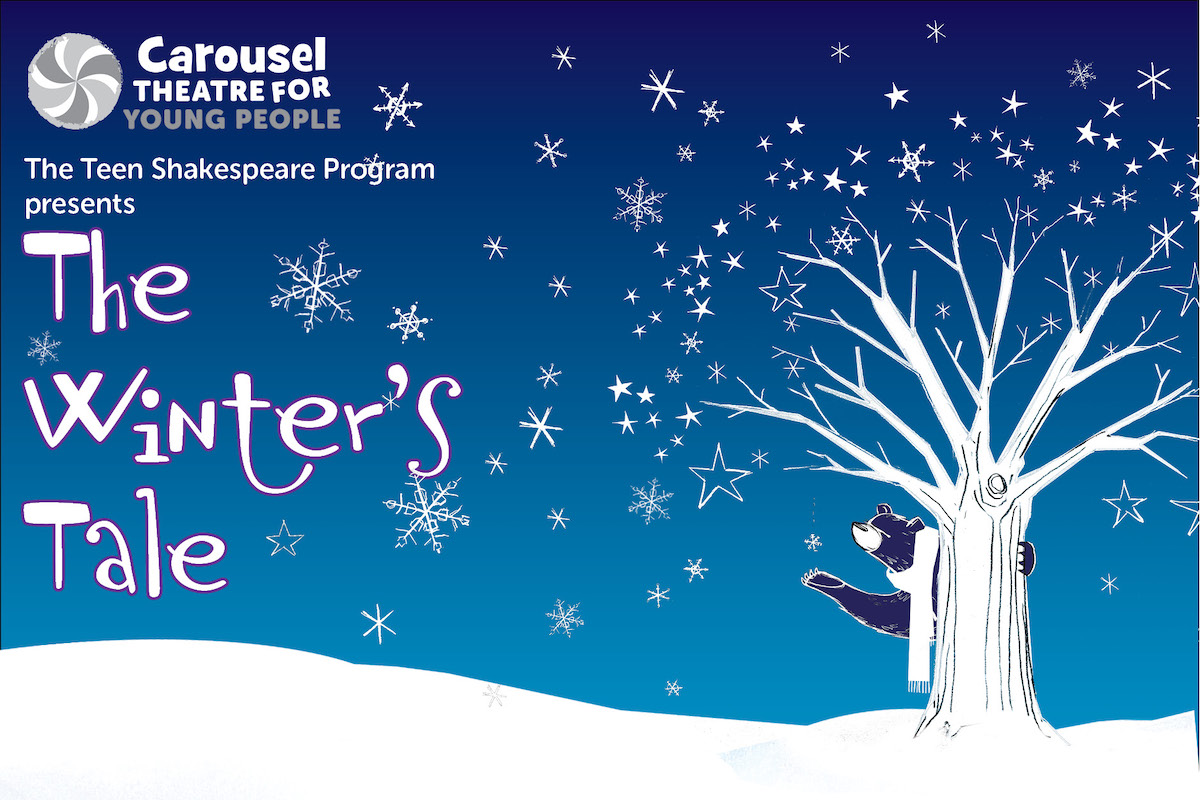 The Winter’s Tale – A Teen Shakespeare Play “Exit, pursued by a bear.”

This summer the talented teens of CTYP’s (Carousel Theatre for Young People) Teen Shakespeare Program take on Shakespeare’s The Winter’s Tale – a story of love, jealousy, and atonement, where things aren’t quite as they seem… A fantastical tale, full of tricks and turns, that is sure to delight the entire family.

King Leontes and King Polixenes are childhood friends but a tragic misunderstanding drives them a part and thrusts those they love into an incredible adventure. A story of joy, forgiveness, and the timeless power of love – The Winter’s Tale is staged on magical, starry nights outdoors in Ron Basford Park on Granville Island.

The annual Teen Shakespeare Program stages outdoor, all-ages productions on beautiful Granville Island with a festival-style village, concession, and activities for the kids before the show and during intermission. Admission is FREE but seating is limited, with premium seating available in advance for $6 per seat.

About the Teen Shakespeare Program —For 29 summers, Carousel Theatre for Young People’s Teen Shakespeare Program has been providing pre-professional theatre training to teens 13-18 in an intensive six-week program. During the program, teen actors are empowered through a professional rehearsal process and receive training in voice, movement, and text analysis toward a fully-staged public performance. The program provides an opportunity for participants to enhance their performing skills and further their development as emerging artists while providing the community with accessible theatre.

Over the years, many participants have gone on to grace some of Canada’s top stages including the Stratford Festival, Canstage, The Belfry Theatre, Bard on the Beach, and the Arts Club Theatre Company. Some of the program’s notable alumni include actors Anais West and Jennifer Paterson, director Jack Paterson, and CTYP’s own Artistic Director, Carole Higgins. Actors Rebecca Auerbach, Susan Coodin, Alessandro Juliani, and Vancouver-West End MLA Spencer Chandra-Herbert also have early roots with the program.

About Carousel Theatre for Young People

Carousel Theatre for Young People empowers young people and families through playful, imaginative and accessible theatre experiences that develop emotional literacy. Each year 35 000+ young people, educators and families attend CTYP’s effervescent theatrical experiences, which include a full season of family accessible productions and a robust drama school.. Young People are not simply audience members at CTYP; they are active participants that are at the very centre of all that we do.