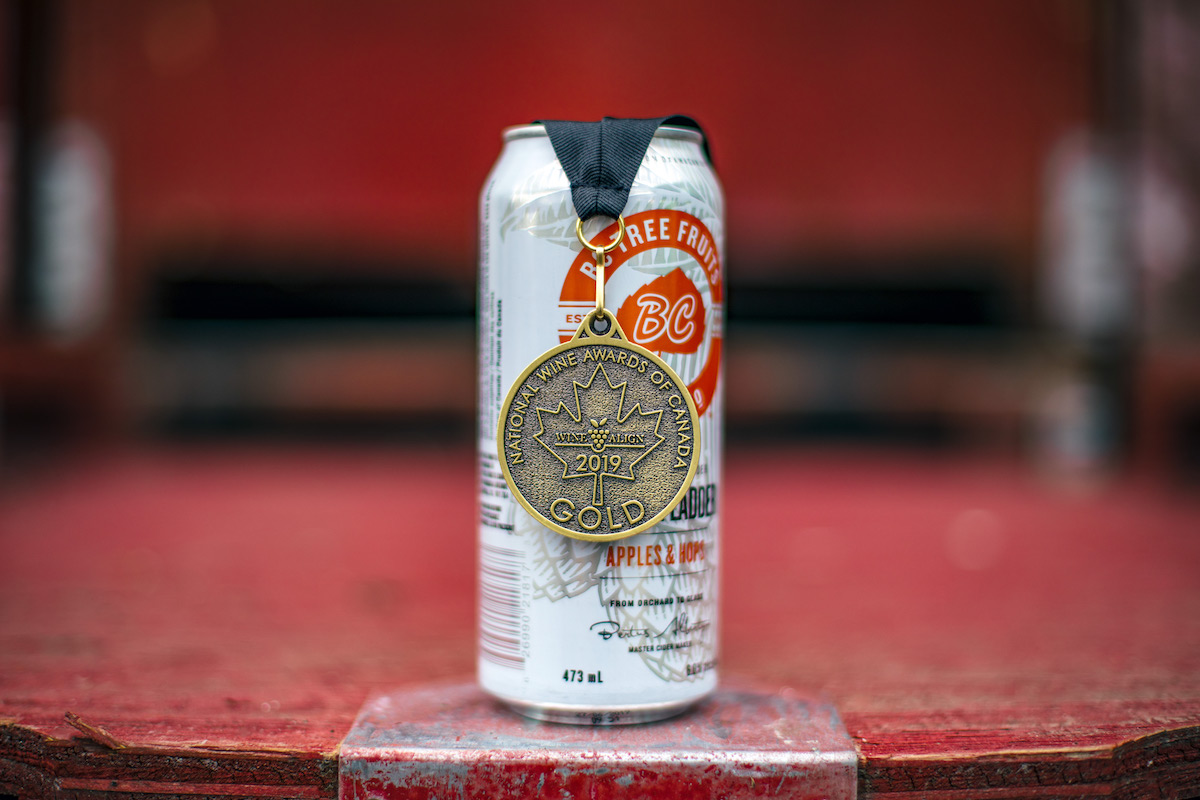 WineAlign, a national resource for wine lovers across Canada, recently announced the winners of their annual WineAlign National Wine Awards of Canada competition, the largest of its kind in Canada. BC Tree Fruits Cider Co. is excited to announce the co-acceptance of two awards – GOLD and Best Cider of the Year for Broken Ladder Apple & Hops.

“We are thrilled to be a co-recipient of such a prestigious awards and are excited to share them with the team at Twisted Hills,” states BC Tree Fruits Cider Co. Cidermaker Nadine Harrison. “The WineAlign National Wine Awards of Canada see over a thousand entries each year and for our Broken Ladder Apple & Hops to achieve honours such as these are amazing. To me, it not only highlights the work our team has put in to creating such high quality premium craft ciders, but how fast the cidery category as a whole has grown, and continues to grow.”

The 2019 WineAlign National Wine Awards of Canada had 1,815 entries, 55 of which were from cideries, from 259 wineries from eight different provinces. To select the winners, 21 judges assembled in Prince Edward County wine region of Ontario this past June to determine the winners. There are a total of 22 categories and four different medal levels, Platinum, Gold, Silver and Bronze.

About BC Tree Fruits Cider Co.:

BC Tree Fruits Cider Co celebrates the passion of three generations in the BC Tree Fruits family in British Columbia’s Okanagan Valley. After launching their inaugural cider, Broken Ladder Apples across BC in 2015, and in Alberta in 2016, they added two new varieties, Pears and Apples & Hops. Spring 2017 saw the introduction of a fourth cider, Pears & Peaches. Spring 2019 brings the launch of the fourth cider product Rosé. True to the core, all Broken Ladder varieties are a value added opportunity for our 400+ growers and pickers who bring the finest fruits on earth from the tree to the glass, resulting in the perfect recipe for premium Craft Cider, with all the flavours nature intended.