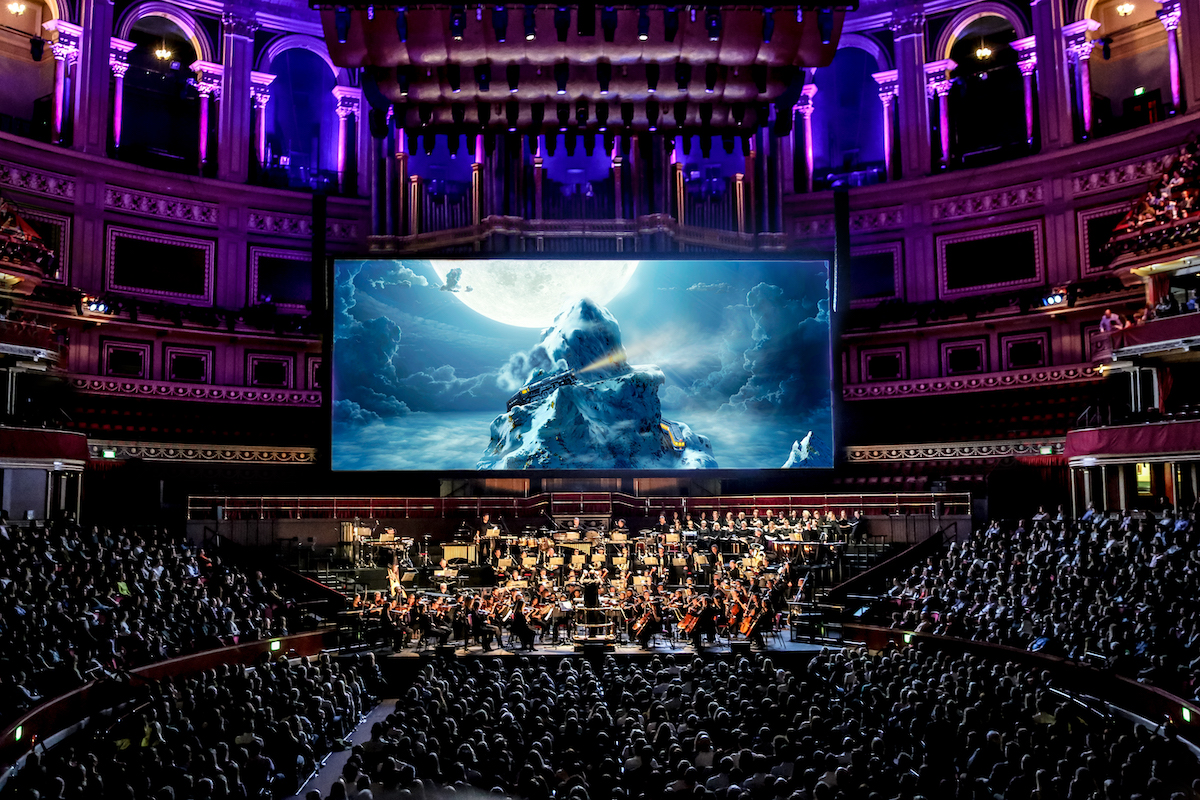 Vancouver Symphony Orchestra (VSO) announced that it will present the world-premiere performance of an exciting new project from CineConcerts and Warner Bros. Consumer Products.

This holiday season…. Believe! CineConcerts, in partnership with Warner Bros. Consumer Products, announces another once-in-a-lifetime concert event: The Polar Express in Concert with the VSO – World Premiere on November 19th at the Orpheum Theatre. It will feature the Vancouver Symphony Orchestra performing every note from two-time Academy Award® and Golden Globe® Award nominee Alan Silvestri’s (Avengers, Forrest Gump, Back to the Future 1-3, Predator) masterful score (with original songs co-written by Silvestri and Glen Ballard) while the entire film is projected on a 40-foot HD screen. Directed in 2004 by Robert Zemeckis (Back to the Future 1-3, Cast Away, Forrest Gump), the dazzling performance-capture animated film stars Oscar-winner Tom Hanks (Saving Private Ryan, Forrest Gump, Philadelphia) and was the first all-digital capture film ever released.

THE POLAR EXPRESS  IN CONCERT

WORLD PREMIERE at the prestigious Orpheum Theatre on November 19, 2019

Neil Middleton, Vice-President of Marketing & Sales of the VSO said: “The VSO is thrilled to collaborate with CineConcerts on this world premiere performance of The Polar Express In Concert. It is a classic story, a groundbreaking film, and we are thrilled that Vancouver audiences will be the first to see the film with a live symphony experience.”

In The Polar Express in Concert, experience the musical magic of Christmas Eve through Silvestri’s unforgettable score and be immersed as The Polar Express adventures up and down mountains, slip-slides over ice fields, and teeters across mile-high bridges. Embark on this musical journey to the North Pole while watching the iconic film about friendship, bravery, and the spirit of Christmas. The wonder of life never fades for those who believe. You’re on The Polar Express!

In addition to Oscar and Golden Globe nominations with Glen Ballard for Best Original Song (“Believe”), Silvestri also earned an ASCAP Film and Television Music Award for this score. The soundtrack was certified Gold by the RIAA in November 2007, and is considered among the best-selling film soundtrack/holiday albums of all time.

“’All Aboard!’ Just imagine – Robert Zemeckis, Tom Hanks, and Glen Ballard are already on board, bound for none other than the North Pole,” said composer Silvestri. “It all sounds a bit too hard to believe? Well…I still can’t believe I was invited on this trip of a lifetime. Believe! You’ll have everything you need for a magical musical journey on “The Polar Express in Concert”.

Glen Ballard adds, “Robert Zemeckis and Alan Silvestri led us on a songwriting adventure to the North Pole. The joy and wonder of the Christmas season — the adventure and mystery of this fantastical train journey — gave us a perfect itinerary for the songs. Alan’s orchestral score lifts us into the realm of pure magic! This was a joyful enterprise for Alan and me. Seeing the film with a live orchestra will be an incredible way to experience this wonderful story. We are so proud to share this experience.”

The world premiere of The Polar Express in Concert will feature an evening performance on November 19, 2019 at 7:00PM. Tickets will go on sale September 10, 2019 at 11:00AM. Visit polarexpressinconcert.com for more information.

About Justin Freer
Justin Freer has established himself as one of the West Coast’s most exciting musical voices and is a highly sought-after conductor and producer of film music concerts around the world. He has served as composer for several independent films and has written motion picture advertising music for some of 20th Century Fox Studios’ biggest campaigns including Avatar, The Day the Earth Stood Still, Aliens in the Attic. As a conductor Freer has appeared with some of the most well-known orchestras in the world including the Chicago Symphony Orchestra, Cleveland Orchestra, London Philharmonic, Los Angeles Philharmonic, New York Philharmonic and the Philadelphia Orchestra. He is also one of the only conductors to have ever conducted in both the ancient Colosseum and Circus Maximus in Rome.

Freer has been recognized with numerous grants and awards from organizations including ASCAP, BMI, the Society of Composers and Lyricists and the Henry Mancini Estate. He is the Founder and President of CineConcerts, a company dedicated to the preservation and concert presentation of film, curating and conducting hundreds of full-length music score performances live with film for such wide-ranging titles as Rudy, Gladiator, The Godfather, Breakfast at Tiffany’s, It’s a Wonderful Life, Rudy and the entire Harry Potter film franchise.

Mr. Freer earned both his B.A. and M.A. degrees in Music Composition from UCLA, where his principal composition teachers included Paul Chihara and Ian Krouse. In addition, he was mentored by legendary composer/conductor Jerry Goldsmith.

The VSO performs to an annual audience of over 270,000 people and features more than 50 celebrated guest artists each season. Over 170 concerts are performed annually by the VSO in the historic Orpheum Theatre and numerous additional venues throughout the Lower Mainland. 2019-2020 marks the organization’s 101st season.