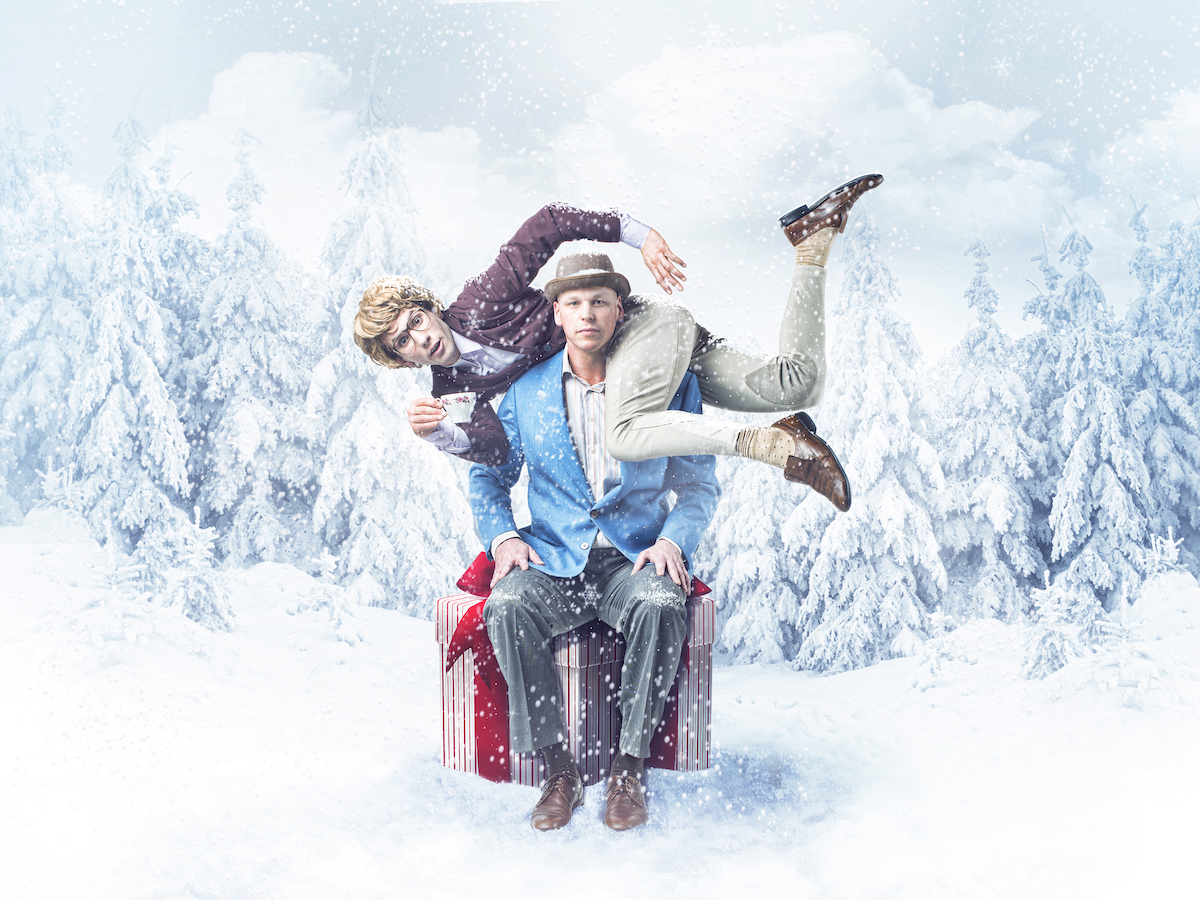 A holiday tradition brimming with joy and laughter

Reminiscent of classic British pantos, O Christmas Tea is rich with wordplay, comic physicality, and cleverly crafted interactive elements; however, it is James & Jamesy’s boundless imagination and endearing chemistry that bring to life the magic of this unique festive experience.

Already a tradition for thousands of theatre-goers each year, O Christmas Tea will be steeping its uproarious brand of immersive theatre in West Vancouver on November 24th (Kay Meek Theatre) and Vancouver on December 5th-7th (Vancouver Playhouse).

During the action-packed production, a Christmas wish for tea is fulfilled in titanic proportions. The world floods with tea, leaving the duo to find innovative and hilarious solutions to keep them afloat as they try to make their way back home.

I cannot think of a show that will leave you more profoundly happy than this.
★★★★★ Stage Door Toronto

“The Christmas season is a magical time of year that brings people of all ages together; a time when we are encouraged to dream big, embrace imagination, and celebrate a childlike excitement for merriment,” explains Alastair Knowles (Jamesy), the eccentric half of the award-winning duo.

Redefining immersive theatre, these masters of physical comedy—with over 20 comedy awards to their name—take their audience on a jolly aquatic escapade in this joyous celebration of friendship at Christmas.

About James & Jamesy (jamesandjamesy.com/@jamesandjamesy)
David MacMurray Smith, Aaron Malkin (James), and Alastair Knowles (Jamesy) are creators, performers, and educators of physical comedy and physical theatre. Since 2012, James & Jamesy productions have been performed over 750 times across the UK, USA, and Canada, earning lifetime fans and rave reviews. In 2017, they sold out performances at the Edinburgh Fringe and in 2018 performed a 5-week run Off Broadway at New York’s SoHo Playhouse. Among other accolades, the physical comedians are winners of the Canadian Comedy Award for Best Live Ensemble and are 22-time “Best of Fest” winners on the International Comedy circuit. James & Jamesy continue to defy expectations with their innovative creations that delight and excite audiences of all ages. Their unique humour appeals to those of all ages and fosters an inclusive atmosphere, encouraging of audience involvement.