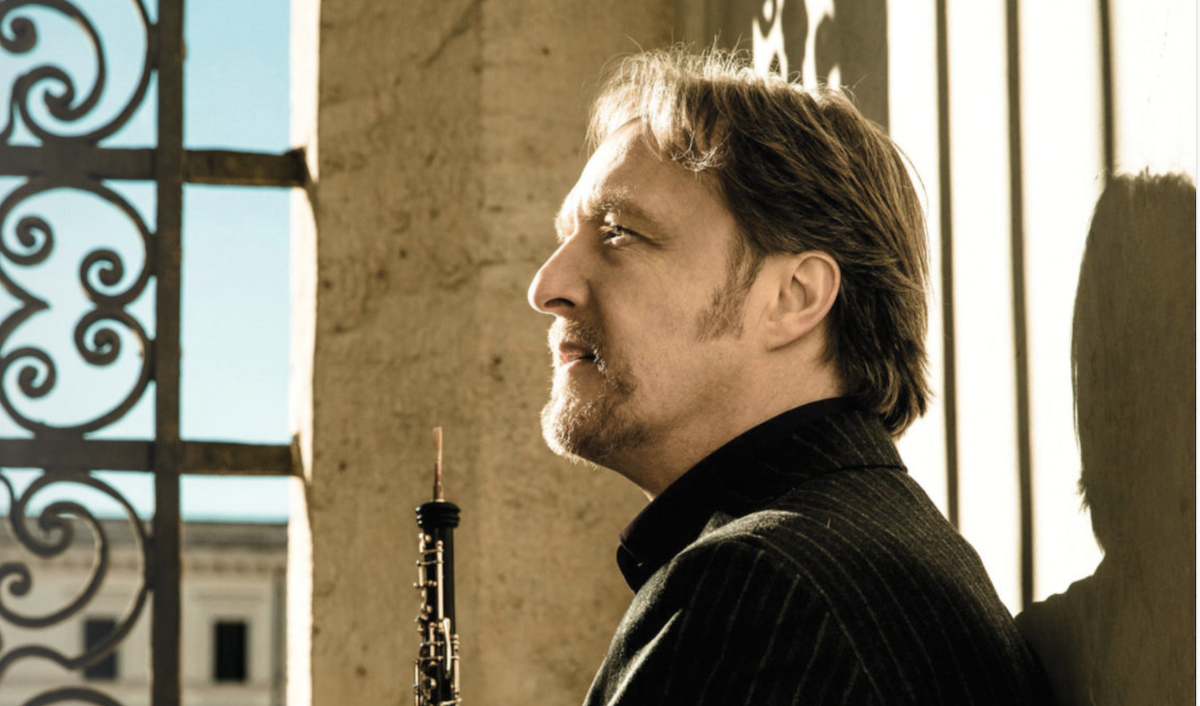 VSO Presents the Music of  Mozart, Haydn, and Fiala, featuring Berlin Philharmonic Oboist Albrecht Mayer on October 25 & 26 at The Chan Centre at UBC

The Vancouver Symphony Orchestra (VSO) presents Mozart & Haydn with Albrecht Mayer, with the music of Mozart, Haydn and Fiala performed and conducted by Berlin Philharmonic Principal Oboist Albrecht Mayer on October 25 and 26 at 8:00PM at The Chan Centre at UBC. Audience members are invited to a pre-concert with Albrecht Mayer in conversation with Jonathan Girard, UBC Director of Orchestral Activities

You haven’t heard oboe till you’ve heard Albrecht Mayer, principal of the Berlin Philharmonic. Mayer will lead the VSO as both soloist and conductor in a program that features a concerto that skillfully highlights the oboe’s capabilities, Mozart’s enchanting serio-comic opera Cosi fan tutte, a rare concerto for English horn, and a “surprising” Haydn symphony that lives up to its name.

Mozart’s Cosi fan tutte premiered in Vienna in 1790, with a plot said to be based upon actual events among the Viennese aristocracy: A cynical older man places a bet with two young fellows — that their fiancées would prove unfaithful within 24 hours, and with each other’s mates! From this situation Mozart fashioned a masterful entertainment, Così fan tutte (All Women Are Like That).

Haydn’s Concerto for Oboe in C Major highlights two of the oboe’s primary characteristics: elegant smoothness (especially in the eloquent, aria-like second movement) and the exceptional agility that it displays in the concluding rondo.

Fiala’s Concerto for English Horn in C Major is a rare treat, as works for English horn as concerto soloist are rare. The majority date from the period following World War II and Fiala’s concerto is one such early example. Tinged with pathos, the second movement is particularly impressive.

Symphony No. 94 in G Major, Surprise is part of Haydn’s “London” Symphonies — named after two trips he made to England where he composed 12 symphonies in total. Surprise lives up to its name with a loud, unanticipated chord in the second movement — Haydn intended to startle into wakefulness any audience members who might be dozing!

Rediscover the oboe and English horn in some wonderful classical repertoire in an entertaining performance with Albrecht Mayer.

Albrecht Mayer had piano, recorder and singing lessons before he began playing the oboe aged ten. His teachers were Gerhard Scheuer, Georg Meerwein, Maurice Bourgue and Ingo Goritzki. While still in his early youth, he was invited to work with various orchestras, among them the European Community Youth Orchestra. The recipient of several awards and grants, Mayer became principal oboe of the Bamberger Symphoniker in 1990 and two years later came to the Berliner Philharmoniker in the same position.

Albrecht Mayer, who appears regularly throughout the world as a concerto soloist and chamber player, also teaches in conjunction with major international festivals. His chamber-music partners include Hélène Grimaud, Leif Ove Andsnes, Lars Vogt and Thomas Quasthoff. He was awarded the ECHO-Klassik prize as “Instrumentalist of the Year” (2004, 2010) and in the category “Music DVD Recording of the Year” (2008).

You haven’t heard oboe till you’ve heard Albrecht Mayer, principal of the Berlin Philharmonic. He leads this delightful concert as both soloist and conductor. Prepare to rediscover the oboe in some wonderful classical repertoire.

Please join us after the concert for a post-concert Q&A with the guest artists.

This concert is part of the 2019-2020 Classical Traditions at the Chan Centre series.

THE PRESENTATION OF THIS SERIES IS MADE POSSIBLE, IN PART, THROUGH THE GENEROUS ASSISTANCE OF THE CHAN ENDOWMENT FUND AT THE UNIVERSITY OF BRITISH COLUMBIA.

The VSO performs to an annual audience of over 250,000 people and features more than 50 celebrated guest artists each season. Over 170 concerts are performed annually by the VSO in the historic Orpheum Theatre and numerous additional venues throughout the Lower Mainland. 2019-2020 marks the organization’s 101st season.

Laugh ‘Til Your Sides Ache at Oh, Canada – The True North Strong and Funny