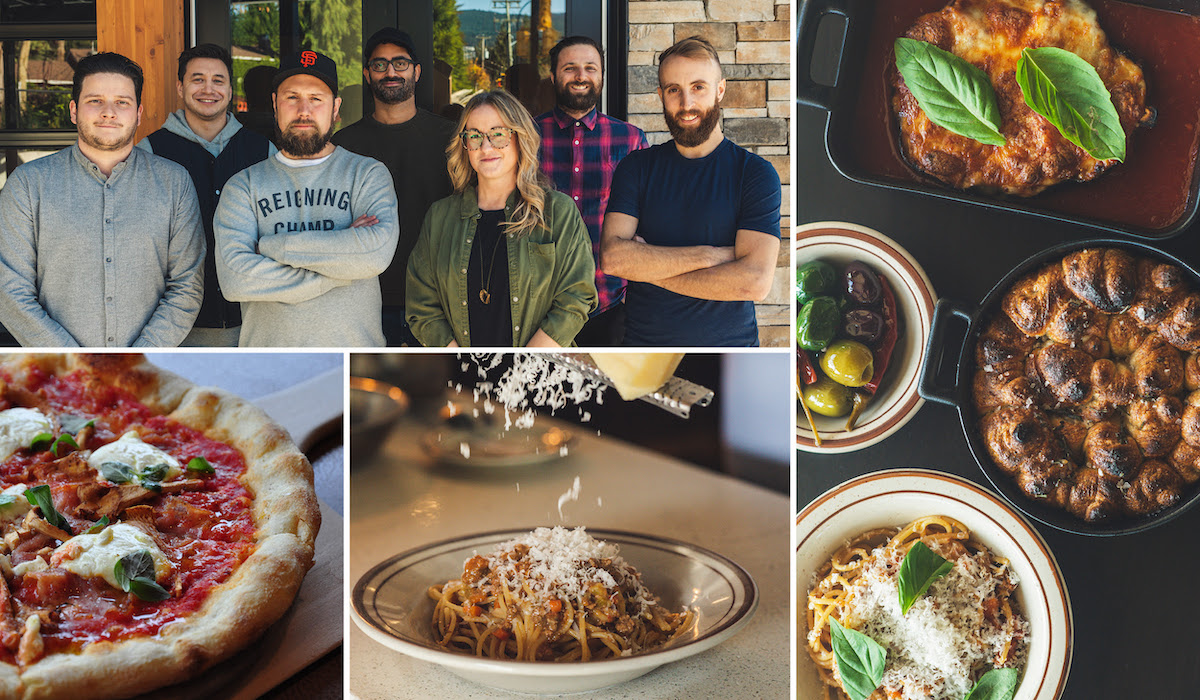 The famiglia at Gooseneck Hospitality will continue growing when the Vancouver restaurant group launches a second location of its beloved Bufala restaurant on the North Shore at Bufala Edgemont (3280 Edgemont Boulevard) this November.

Open for lunch and dinner seven days a week as well as weekend brunch, Bufala Edgemont will offer seating for 160 guests in its 3,300-sq.-ft dining room, bar and future patio. It’s the fifth venture for respected restaurateurs James Iranzad, Josh Pape and Nick Miller, who also own and operate award-winning Vancouver restaurants Wildebeest, Lucky Taco, Bells and Whistles and the original Bufala, which opened in Kerrisdale in 2014.

While the new location will migrate the same feel and charm of the original Bufala to the growing Edgemont Village community, the restaurant will offer an expanded menu of rustic, Italian-inspired pizza, pasta, mains, starters, salads and sides, in addition to a full bar offering local craft beer, an array of Old- and New-World wine and a cocktail list that ranges from classic to contemporary.

The Bufala team will be led by a team of industry veterans that includes General Manager Ogi Radoicic (Bells and Whistles) and Bar Manager Sonja Wilson (Boulevard Bistro), while Bufala Kerrisdale Chefs Kevin Atkinson and Jay Hwang will oversee the back of house. Wildebeest Head Chef Ian McHale and Wine Director Christina Hartigan also affixed their stamp to the food menu and wine list, respectively.

“Just like the original Bufala, this new restaurant is born out of a passion for great Italian food and a belief that communities need a great place where they can gather with friends and family,” says Iranzad. “Whether it’s lunch with coworkers, an intimate dinner date or a late brunch after hitting the hiking trails, we’re excited to bring that concept to a new neighbourhood in North Vancouver.”

Further details about Bufala Edgemont, including menu information, will be released in the coming weeks. For more information on Bufala Edgemont or to stay up to date on all the latest developments, go to bufala.ca/edgemont, become a fan of /bufalayvr on Facebook or follow @bufalaedgemont on Instagram.

ABOUT BUFALA EDGEMONT | Opening this fall in the heart of North Vancouver’s Edgemont Village, Bufala Edgemont is an expanded offshoot of the original Bufala that opened in Kerrisdale in 2014 and brings a unique brand of rustic, Italian-inspired fare and the same feel and charm of the original to Vancouver’s North Shore. The latest project for the team behind Gooseneck Hospitality, which has also opened such award-winning Vancouver restaurants as Wildebeest, Lucky Taco, Bufala Kerrisdale and Bells and Whistles, Bufala Edgemont will offer 3,300 square feet of space with seating for 160 and a menu of handmade pizzas, pastas and lighter fare for lunch, dinner and weekend brunch in its dining room and bar as well as local craft beer on tap, an array of Old- and New-World wine and a list of cocktails that range from classic to contemporary. | bufala.ca/edgemont