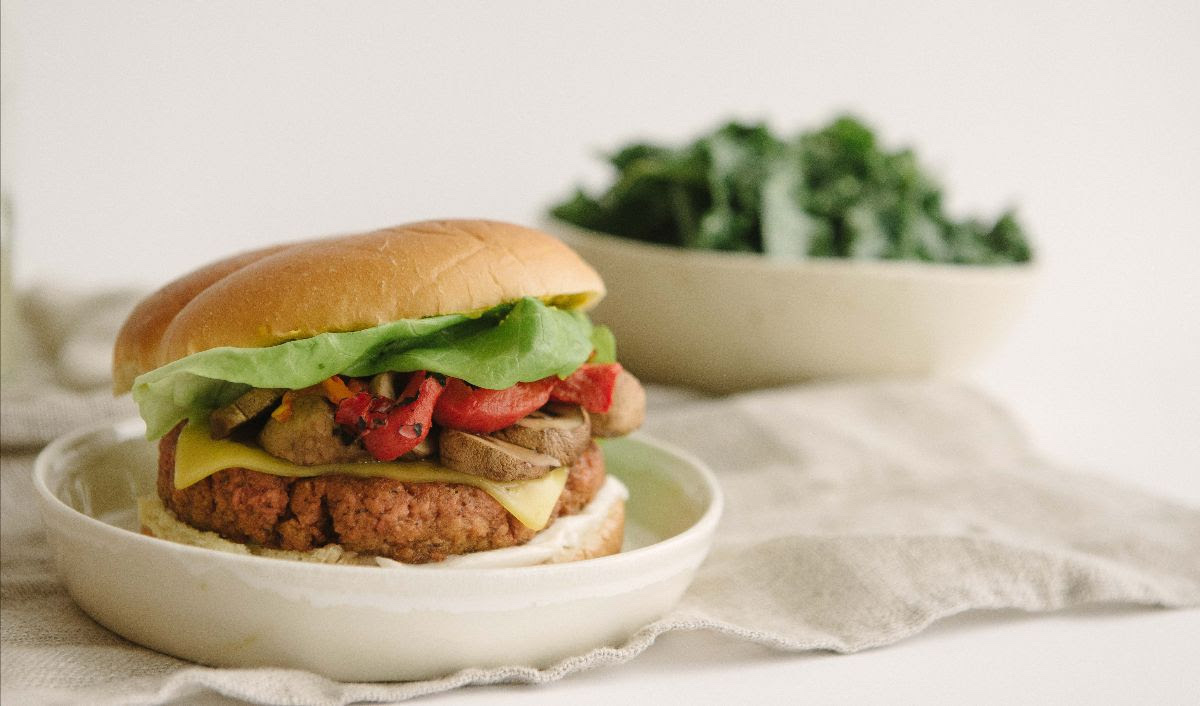 The TMRW Foods Burger + Mince will be available early 2020

After a series of successful partnerships, local food company TMRW Foods is heading into large scale production and distribution of its all-vegan TMRW Burger, which will be available to grocery stores and restaurant partners throughout the lower mainland in early 2020.

Earlier this year, TMRW Foods began carving out its niche in the vegan food space with its TMRW Burger and Mince. Featured at events with MeeT, The Juice Truck, and VegExpo, demand for the Burger grew quickly among locals and the Mince became a topping staple at TMRW Foods’ sister company, Virtuous Pie.

“We have spent over a year developing the TMRW Burger,” says TMRW Foods co-founder, Dean Blignaut. “Not only does it provide a rich and satisfying experience, but by thoughtfully incorporating familiar whole food ingredients, we’ve created a vegan alternative that checks all the boxes. It’s innovative, delicious, and plant-forward.”

The 100% plant-based and soy-free Burger incorporates quinoa, kidney beans, split peas, hemp hearts, and sunflower seeds. TMRW Foods products are also lower in saturated fat and sodium than some of its market competitors.

Founded and produced locally in Vancouver, the company’s central mission is to create ethically-made, wholesome, plant-based products that are accessible and inviting to all consumers, whether they are vegan or not.

“We want to support conscious consumption by making it approachable and easily obtainable. Our goal is to encourage people to eat what they love, without needing to compromise,” says Blignaut.

The TMRW Foods production facility is scheduled to open early in the new year. For distribution through the lower mainland, they will partner up with distributors such as Gordon Food Service and Legend’s Haul.

Meanwhile, consumers are invited to get a taste of the TMRW Burger at all MeeT Restaurant locations (available as a burger substitution, free of charge) for a limited time. And Virtuous Pie will continue to feature TMRW Mince on their Sweet Pepper + Sausage Pizza.

While the Burger and Mince are TMRW Foods’ first product launches, other plant-based items are already in the works.

TMRW Foods is a socially-conscious plant-based meat company proudly cultivated in Vancouver, BC with a mission-based focus to bring better food to more people. The company prides itself on running a business that truly cares about the environment, its employees, and the local community. Their motto is to “eat for tomorrow,” exemplifying their goals to contribute to a more sustainable food system and eliminating the practice of factory farms. For more information please visit www.tmrwfoods.com and connect with TMRW Foods on Instagram.