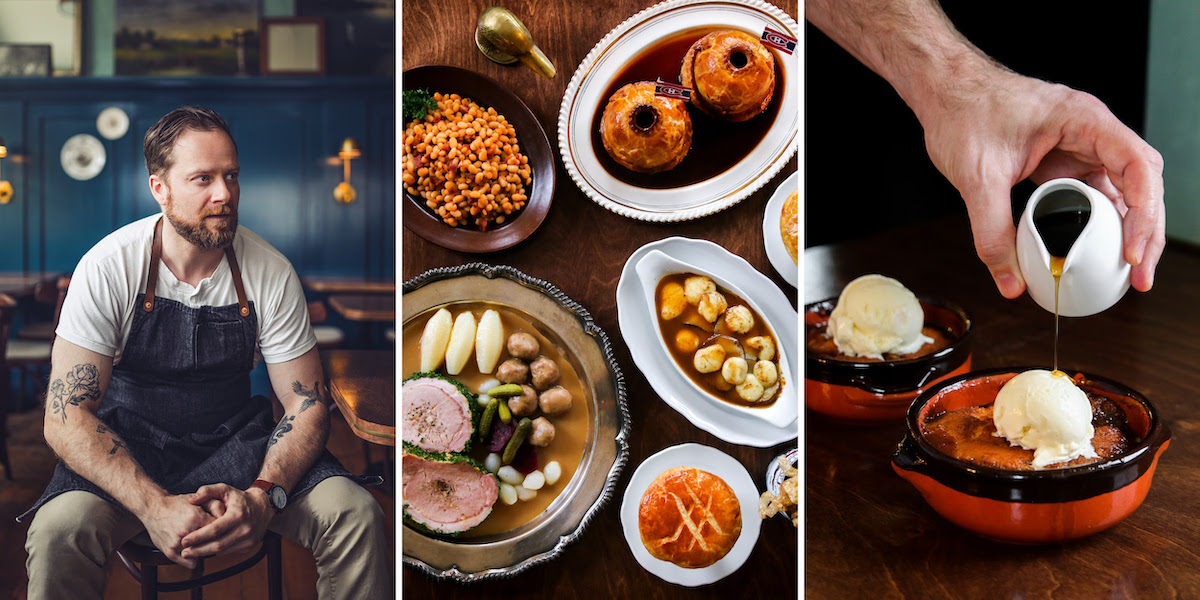 One of the country’s most-beloved restaurants will transport guests on a culinary adventure to Québec when St. Lawrence hosts a trio of exclusive ‘Cabane à Sucre’ dinners on January 19, 20 and 21, 2020.

With seatings at 5:30 and 8 p.m. each night, the Cabane à Sucre dinners will allow celebrated Chef/Owner J-C Poirier to pay homage to his Québécois heritage and an annual tradition in la belle province, when families flock to maple forests to enjoy rustic, homespun habitant meals at the ‘Sugar Shacks’ where sap is boiled and turned into prized syrup.

“Visiting the Cabane à Sucre with my family was something that I used to look forward to every year,” says Poirier, who spent his formative years in Saint-Jérôme, Quebec before embarking on his culinary career. “We want to give our guests an authentic taste of the sugar shack experience from start to finish and show why this is such a time-honoured part of our Québécois heritage.”

Earlier this year, St. Lawrence was named the No. 5 restaurant in Canada in the 2019 compilation of Canada’s 100 Best Restaurants before claiming its second-straight Restaurant of the Year honour in addition to nods for Best Gastown and Best French.

TICKETS
Tickets to the St. Lawrence Cabane à Sucre dinners on Sunday, January 19, Monday, January 20 and Tuesday, January 21 are available for $125 per person plus tax and gratuity and may be purchased online at stlawrencerestaurant.com/cabane-a-sucre. As St. Lawrence prides itself on placing a premium on the availability and seasonality of all ingredients, the dinner menu may be subject to slight changes.

ABOUT ST. LAWRENCE | Launched in Vancouver’s Railtown Design District in 2017, St. Lawrence is an exciting restaurant concept that offers a marriage of classic French cuisine and the gastronomic identity and culture of Les Québécois. St. Lawrence is a passion project for acclaimed Chef/Owner and 2019 Vancouver Magazine Chef of the Year Award winner Jean-Christophe (J-C) Poirier, who brings his razor-sharp focus and dedication to craft and time-honoured traditions to an elevated-yet-approachable enclave where food, drink and ambiance combine for a transportive dining adventure unlike any other. Since opening, St. Lawrence has been singled out as Best New Restaurant at the 2018 Vancouver Magazine Restaurant Awards, the No. 4 spot on enRoute magazine’s 2018 compilation of Canada’s Best New Restaurants, the No. 5 spot on the prestigious annual ranking of Canada’s 100 Best Restaurants in 2019 and consecutive awards as Vancouver magazine’s 2018 and ’19 Restaurant of the Year.