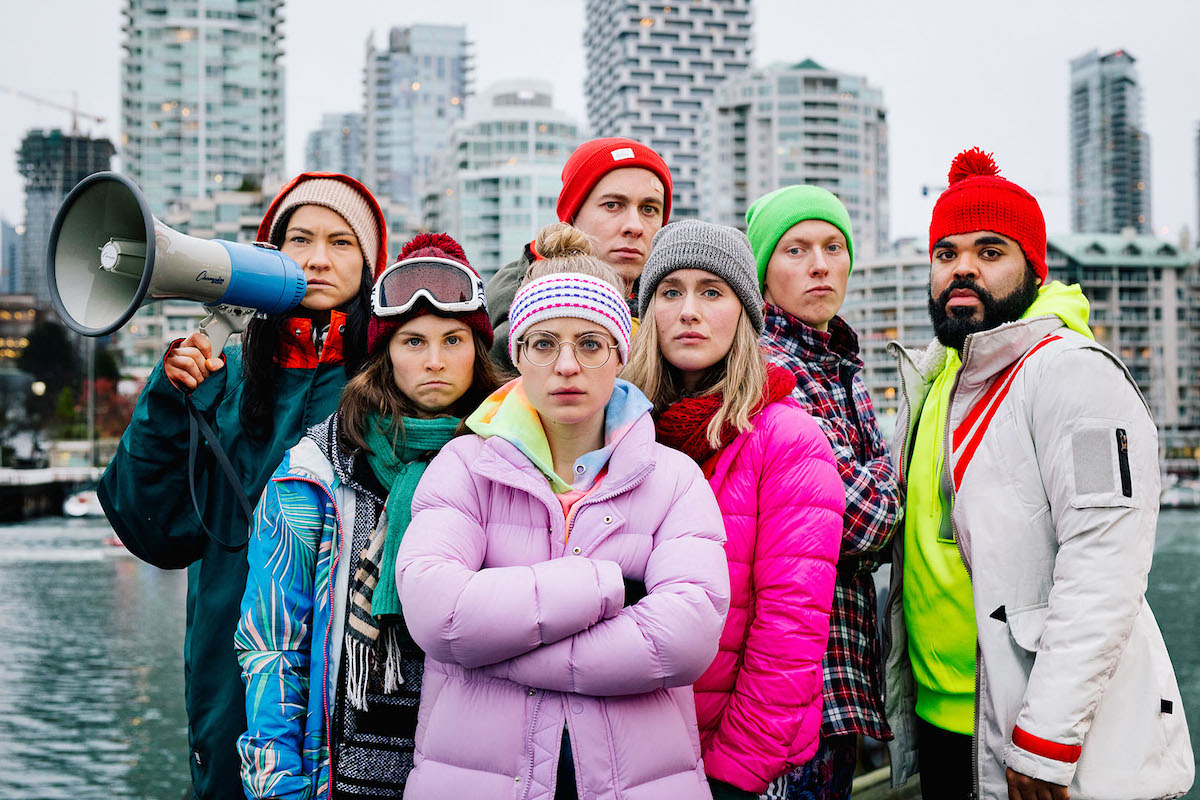 Théâtre la Seizième is proud to present Le NoShow Vancouver from Wednesday, February 26 to Sunday, March 1st, 2020 at Performance Works on Granville Island. Adapted by Hubert Lemire and François Bernier from the original idea and direction by Alexandre Fecteau, this new Vancouver production relies on a local cast that has transformed the script to fit its reality.

How much are spectators willing to pay for their ticket to Le NoShow Vancouver? As much as the price of a
movie and popcorn? The admission price to Butchart Gardens? Grouse Mountain Skyride? A ticket to Ballet BC’s Zone B? The price of a single ticket to a Canucks game? – or nothing at all? This time, the audience gets to decide. And that’s only the first of many decisions to be made throughout the evening.

Seven young, Vancouver-based actors engage the audience in a festive and interactive experience, where
the cost of theatre has to slug it out with its value as an art form. Fearless, they will shatter some of the
local theatre taboos, including that of money. Le NoShow Vancouver surprises, jostles, and offers a rare
showcase on the backstage of theatrical creation – leaving no one indifferent.

Created in 2013 at the Carrefour international de théâtre in Québec City, Le NoShow was awarded twice by
the Conseil des arts et des lettres du Québec for “Play of the Year” (2015) and “Best International Tour”
(2016). Critically-acclaimed, the play has since achieved international success with three European tours, a
Québec tour, and an appearance at the Festival Actoral in Marseille.

“A clever mix of comedy and complaint.” – The Globe and Mail
“It’s hard to resist so much youthful energy and charm.” – La Gazette

Founded in 1974, Théâtre la Seizième is the main French language, professional theatre company in British
Columbia. Every year, Théâtre la Seizième presents a mainstage season, a young audiences season, a series
of drama workshops, and a training and dramaturgical development program for local artists. By continuing to produce, present and commission engaging Canadian works, Théâtre la Seizième is a dynamic leader in Western Canadians’ cultural and artistic life. Over the years, the company has positioned itself as a major creation and presentation centre on the national cultural landscape. With its programming, Théâtre la Seizième reaches 30,000 Canadians every year. www.seizieme.ca

Vancouver TheatreSports™ Presents ‘WTF – What the Fun!’ (Fridays/Saturdays at 11:15pm)