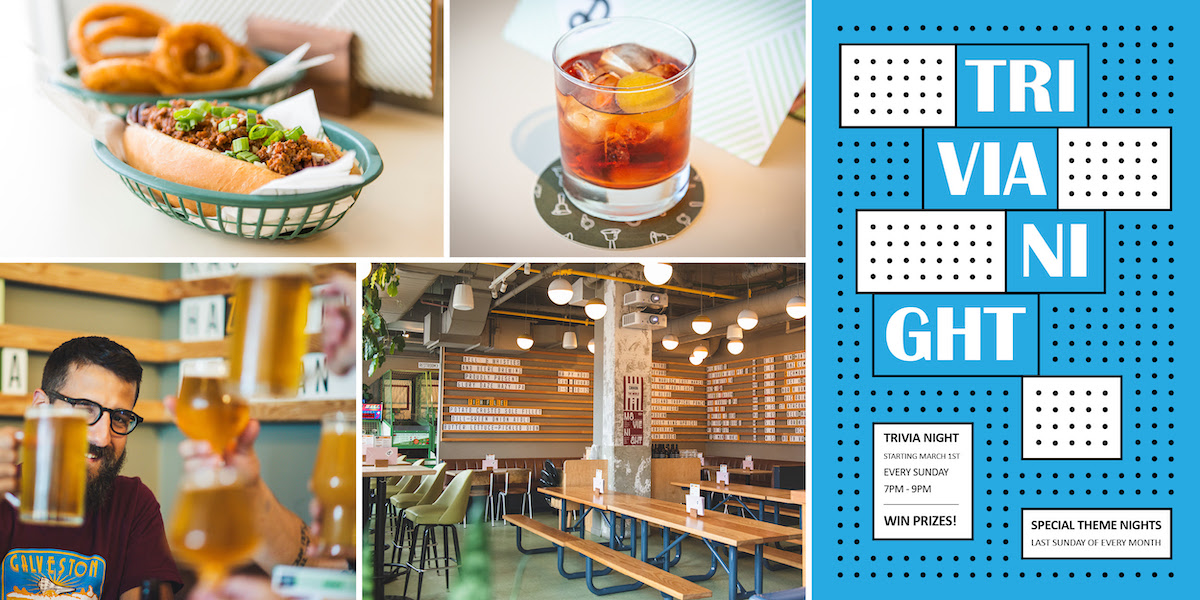 Bells and Whistles will help guests wring every precious last drop out of their weekends when it adds ‘Question Authority Trivia’ to its already popular Sunday Night Movie Series menu at the Fraserhood hangout starting this Sunday, March 1 at 7 p.m.

Every Sunday throughout spring, local actor-comedian-musician hyphenate Sean Amsing (a.k.a. Kaboom Atomic) will quarterback the trivia sessions, award prizes and assign bragging rights as a lead-in to the regular Sunday Night Movie Series that starts at 9 p.m.

Each trivia contest will be general knowledge-based except for the last Sunday in each month, when the questions will revolve around the movie to be shown that same night on the Bells and Whistles big screens. The movie-centric sessions start on Sunday, March 29 with questions about Mean Girls prior to a screening of the 2004 movie.

During each movie screening, guests can enjoy free popcorn and take advantage of late Happy Hour specials from 10 p.m. until close that include Negronis and glasses of Bench 1775 Pinot Gris or Lock & Worth Merlot for $7 as well as $5.50 draught beer, $5 classic hot dogs and $7chili cheese and Chicago dogs, with Beyond Meat Bratwurst substitutions available for all ’dogs.

ABOUT BELLS AND WHISTLES | Located in the heart of Vancouver’s burgeoning Fraserhood/Cedar Cottage district, Bells and Whistles is a casual dining and beer hall concept that offers up 3,000 square feet of space with seating for 150, an interactive games room and big screens showing the best local and international big-league sports action in the city. Bells and Whistles taps the best of the local brewery scene as well as import beers, craft ciders, cocktails and wine and features a range of homespun, locally and ethically sourced dishes such as gourmet burgers and sandwiches, salads and ballpark-friendly fare like chili, nachos and garlic fries as well as a selection of real-milk soft-serve sundaes and floats. Bells and Whistles is owned and operated by Vancouver-based Gooseneck Hospitality, which has also opened such award-winning Vancouver restaurants as Gastown’s Wildebeest, Kerrisdale’s Bufala, Kitsilano’s Lucky Taco and North Vancouver’s Bufala Edgemont.

HIT THE DECK: BELLS AND WHISTLES SPRINGS INTO PATIO SEASON WITH NEW FOOD AND DRINK SELECTIONS, ‘DIP INTO SUMMER’ PARTY