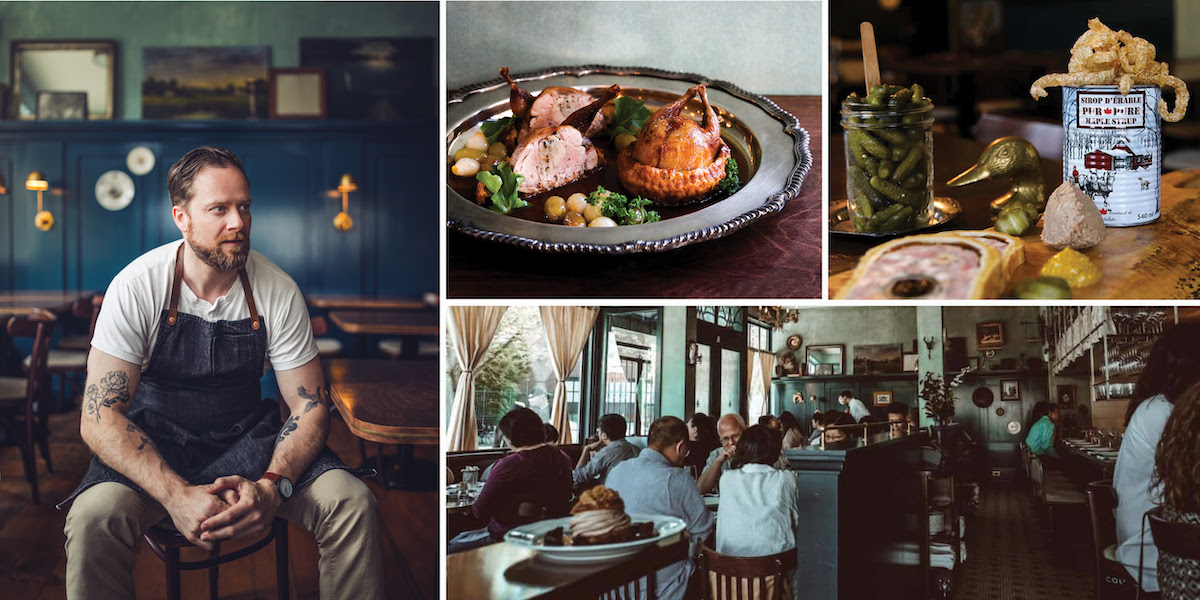 St. Lawrence added yet another accolade to its already sterling culinary resume today when the celebrated Vancouver restaurant was singled out as the only restaurant in Western Canada to crack the top-10 in the annual compilation of Canada’s 100 Best Restaurants, placing second in all of Canada.

In earning the No. 2 spot based on a poll of a national panel of 103 judges who each submitted a ranked list of their top-10 dining experiences of 2019, Chef/Owner J-C Poirier’s Québécois-fare-forward restaurant moved up three slots from its previous year’s ranking, with the judges commenting:

“Cailles en sarcophage isn’t always on the menu at Jean-Christophe Poirier’s cozy, open-kitchen tribute to classical French and traditional Québécois cuisines. And yet this voluptuously stuffed quail dish, famously featured in the Danish film Babette’s Feast, has become something of a signature. Why? Because the intricate indulgence served with Madeira-infused peeled grapes perfectly encapsulates how Poirier, much like the film’s central character, has seduced Vancouver diners away from their puritanical tendencies with buttery pastries, richly reduced sauces and majestic paté en croute.”

“This is such an incredible honour for all of us at St. Lawrence, and is a true testament to the dedication, passion and commitment of an amazing team that works so hard day in and day out,” says Poirier. “It’s been a strange time for the restaurant industry of late, but it is so gratifying to see this passion project of ours be singled out for such an honour. We sincerely thank all of the judges as well as the many loyal guests that we have come to regard as family.”

Guests looking to book dine-in or take-out service at the restaurant in July will be able to reserve via stlawrencerestaurant.com.

ABOUT ST. LAWRENCE | Launched in Vancouver’s Railtown Design District in 2017, St. Lawrence is an exciting restaurant concept that offers a marriage of classic French cuisine and the gastronomic identity and culture of Les Québécoise. St. Lawrence is a passion project for acclaimed Chef/Owner Jean-Christophe (J-C) Poirier, who brings his razor-sharp focus and dedication to craft and time-honoured traditions to an elevated-yet-approachable enclave where food, drink and ambiance combine for a transportive dining adventure unlike any other. Since opening, St. Lawrence has been singled out as  the No. 4 spot on enRoute Magazine’s 2018 compilation of Canada’s Best New Restaurants, the No. 5 spot on the prestigious annual ranking of Canada’s 100 Best Restaurants in 2019 and No. 2 in 2020.