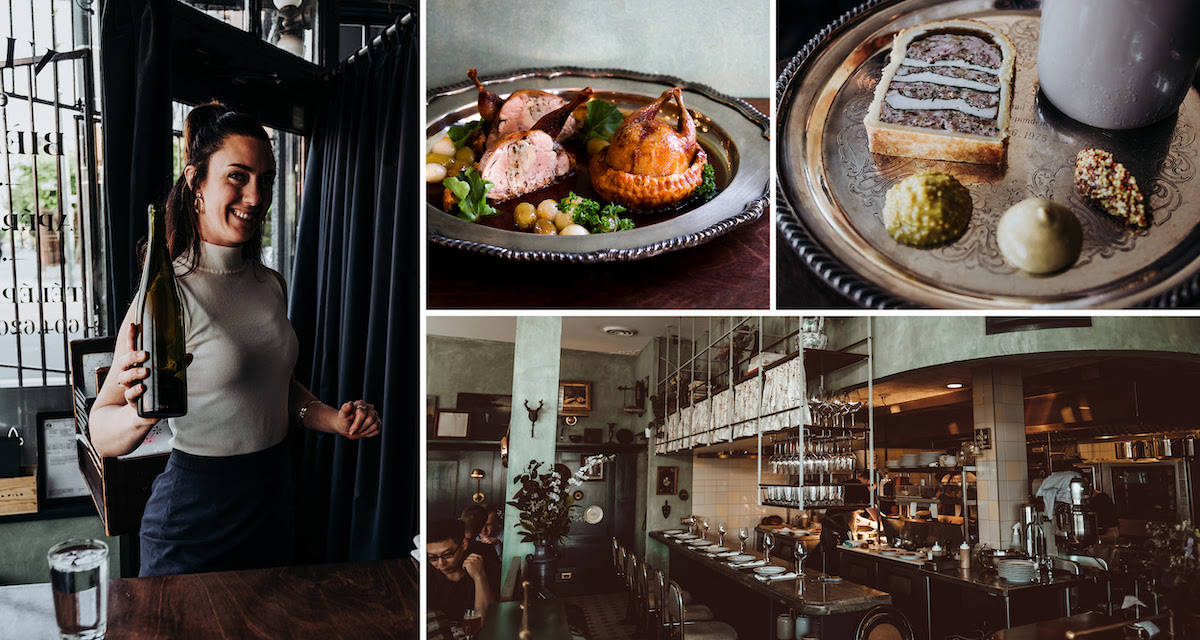 For the second year in a row, beloved Quebecois restaurant St. Lawrence scored wins in the Best Gastown and Best French categories at the 31st annual Vancouver Magazine Restaurant Awards, while General Manager Danielle McAlpine was singled out for the prestigious Premier Crew designation.

Postponed from a date originally scheduled for April and forced to go to a virtual format for the first time due to the COVID-19 pandemic, the ceremony nevertheless continued what has now become an annual tradition of bestowing awards upon the restaurant in every year since Chef/Owner Jean-Christophe (J-C) Poirier opened its doors in 2017.

“Gallic purists might scoff, but there’s support to the idea that authentic Québécois cooking as practiced by (J-C) Poirier is closer to true French cooking than any other spot,” states the magazine in its September 2020 awards issue. “What’s beyond debate is that Poirier is a chef at the absolute top of his game, overseeing a kitchen that turns out dishes like pot-au-feu and vol-au-vent that are utterly revelatory for the lucky few who manage to snap a reservation at the Powell Street room.”

“We’re extremely honoured to be recognized once again by Vancouver Magazine and the Restaurant Awards judges and share these honours, as always, with all of our staff and loyal guests,” said Poirier. “I’m especially proud of Danielle, who is so incredibly loyal and committed to her craft. Her professionalism and attention to detail is bang on and she goes above and beyond for all of our guests on a nightly basis to ensure that their dining experience is unlike any other. We are beyond ecstatic to see her be recognized for all of her hard work.”

Earlier this summer, St. Lawrence was singled out as the only restaurant in Western Canada to crack the top-10 in the 2020 compilation of Canada’s 100 Best Restaurants, placing second in all of Canada and improving on its No. 5 ranking in the 2019 awards.

After being forced to temporarily close its doors during the COVID-19 lockdown in March, St. Lawrence quickly refocused to launch a rotating series of ‘à la Maison’ take-home dinners in April and reopened its dining room with limited seating, new health and safety measures and a three-course table d’hote menu for dine-in and take-out service in May. More recently, Poirier also launched a new gourmet ‘STL Spice and Salt’ line for at-home chefs.

Guests looking to book dine-in or take-out service at the restaurant in September can reserve their spot via stlawrencerestaurant.com, with October bookings available starting this Friday, September 18.

ABOUT ST. LAWRENCE | Launched in Vancouver’s Railtown Design District in 2017, St. Lawrence is an exciting restaurant concept that offers a marriage of classic French cuisine and the gastronomic identity and culture of Les Québécois. St. Lawrence is a passion project for acclaimed Chef/Owner and  Jean-Christophe (J-C) Poirier, who brings his razor-sharp focus and dedication to craft and time-honoured traditions to an elevated-yet-approachable enclave where food, drink and ambiance combine for a transportive dining adventure unlike any other. Since opening, St. Lawrence has been singled out as  No. 4 on enRoute Magazine’s 2018 compilation of Canada’s Best New Restaurants; No. 2 on the prestigious annual ranking of Canada’s 100 Best Restaurants in 2020.

Rocky Mountain Flatbread Celebrations: Dine in or Take Out!