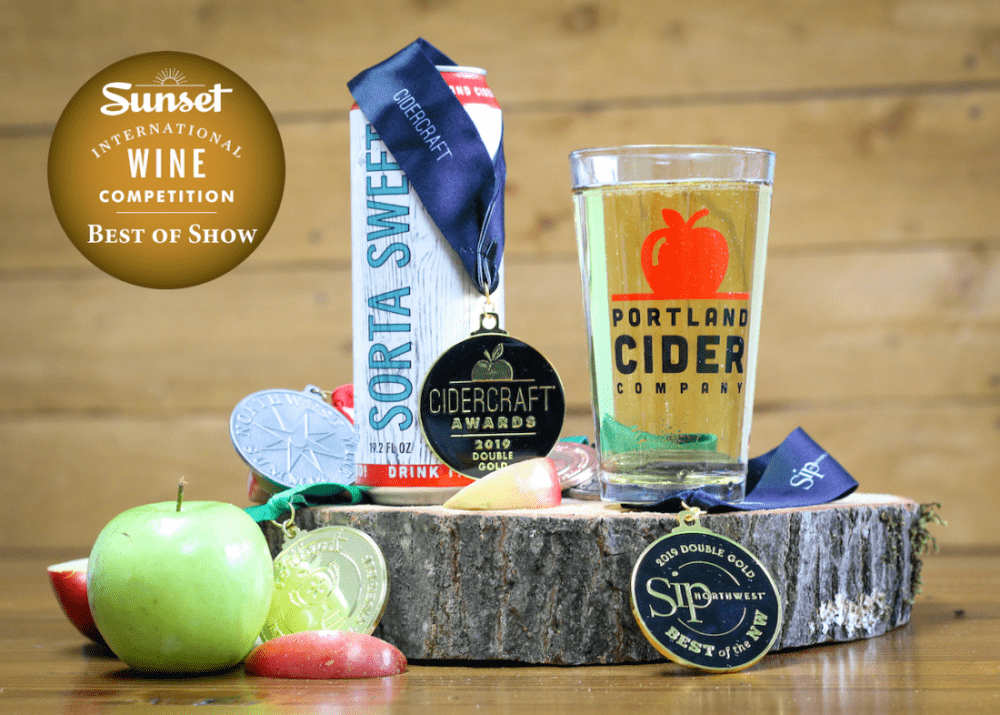 The 2020 Sunset International Wine Competition featured wines and ciders that were blind tasted by industry experts, researchers, growers, writers, producers and sommeliers to determine the winners in each category. Judging took place on June 23 and 24, 2020, in Santa Rosa, California.

“Sorta Sweet continues to be our most-awarded cider with seven total Gold Medals to its name,” said Jeff Parrish, co-owner of Portland Cider Co. “It’s gratifying to be awarded for your efforts, especially in a competition that is the caliber of the Sunset International Wine Competition with experienced sommeliers assessing ciders and wine from all over the world.”

Since first entering competitions, Portland Cider Company’s Sorta Sweet has claimed over 15 awards, and since the cidery’s establishment, it has won nearly 100 awards for its products and taprooms, including Best Cider House and Best Cidery in Portland.

Portland Cider Co.’s Sorta Sweet is a love song to the Oregon craft cider movement and the company’s most award-winning cider. It’s semi-sweet, refreshing and effervescent, and is a winning example of the marriage of the owners of Portland Cider: an Oregon native & UK expat on a mission to bring quality cider to the world. The higher levels of natural sugars are balanced with the right amount of tartness that offers a fresh finish that tastes like biting into a crisp apple. Available year-round, Sorta Sweet is made from 100 percent Northwest apples.

While many wine and spirit competitions have been canceled for 2020, the 2020 Sunset International Wine Competition was determined to take place and saw a 10 percent increase in entries compared to the 2019 competition.

“All imaginable health precautions were taken to ensure the safety of judges and backroom staff, while the wines were given the full measure of respect they deserve. Secondly, we are grateful to all the wineries that sent in their wines for evaluation. This year’s entries garnered a record number of Golds and Double Golds, making for a very competitive Sweepstakes round,” said Debra Del Fiorentino, President of Wine Competitions Production & Management, who owns and operates the Sunset International Wine Competition.

Portland Cider Company was started in 2013 by an Oregonian and a family of British expats with the mission of bringing cider, handcrafted in the English tradition, to the Northwest. One of Oregon’s longest operating independent cider producers, Portland Cider has two taproom locations: the Portland Cider House at 3638 SE Hawthorne Blvd. and the Clackamas Taproom and Cidery at 8925 SE Jannsen Rd, Bldg. F, in Clackamas. Since its opening, the cidery has won nearly 100 awards for its products and taprooms, including being named Best Cider House and Best Cidery in Portland. For more information, visit PortlandCider.com and engage on social media at @portlandcider.

If you would like to be featured on MyVanCity.ca please email myvancityval@nullgmail.com for details.