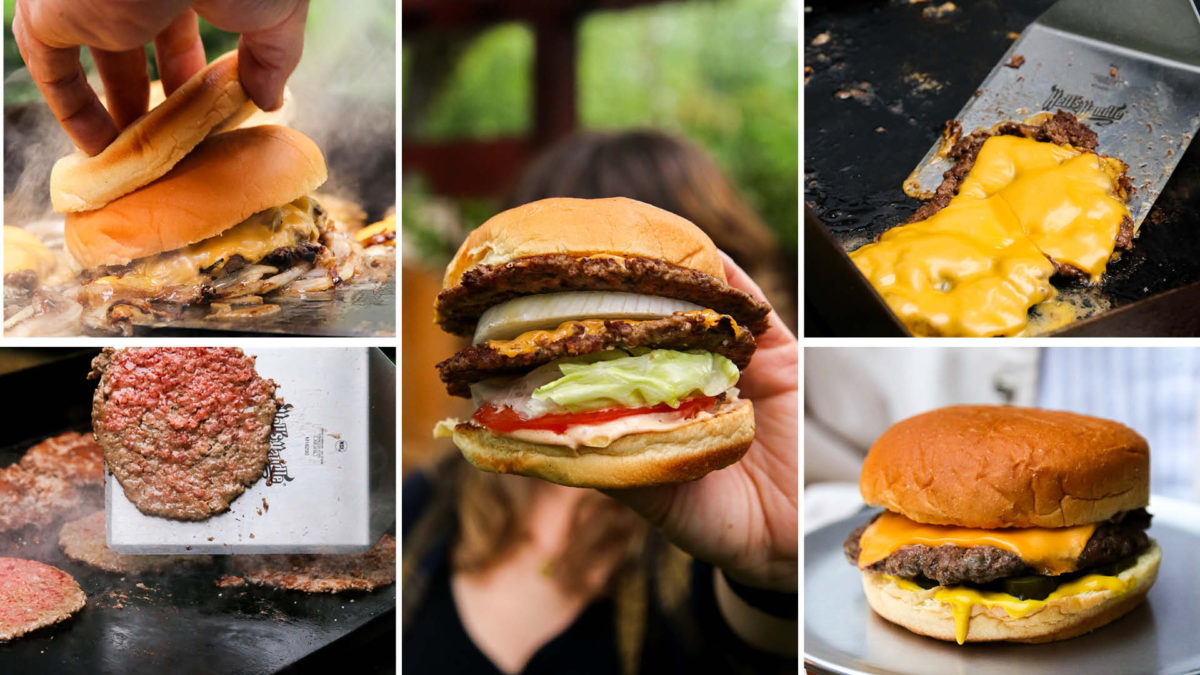 Vancouverites, get ready to elevate your beach and brewery bites when Burgerland Smash Up’s new food truck hits neighbourhood hotspots this summer. Building on the success of Burgerland’s already-popular make-at-home ‘smash kits’, the food trailer brings freshly cooked, better burgers to some of the city’s most popular summer destinations.

Ready to roll with owner Bodhi Valentine at the helm, the portable pop-up will feature a menu of Burgerland’s smashing favourites in zero-waste packaging, including Classic American Cheese, Oklahoma Fried Onion & Cheese and California Up-N-Down, as well as a line-up of side salads like the Killer Slaw and the Smashed Tato Salad to complement the burgers.

“I’m stoked to be able to bring our burgers to some of my favourite spots in Vancouver and introduce more folks to our mission of creating better burgers for everyone,” says Valentine. “We’re proud to carry on the burger legacy of the Cheezee Does It food trailer and will continue to serve some of the best tasting burgers around.”

Launched earlier this year by burger aficionado Valentine — who nimbly turned a COVID layoff in the tech sector into a culinary pivot and quest to help fellow burger obsessives raise their at-home burger game — Burgerland Smash Up also offers a variety of four-pack, all-in Smashburger Kits ($39.99) that include the California UP-N-DOWN Kit, the Classic American Cheese Kit,, the Oklahoma Fried Onion & Cheese Kit and the double patty Big Mac-inspired Big Smash Kit. Kits are available for delivery during the week with pick-ups at the commissary space at 1380 Napier Street in East Vancouver.

All of Burgerland Smash Up’s kits are made fresh to order with pre-measured premium ingredients, freshly ground certified organic, grass-fed BC beef or Impossible™ plant-protein smashballs and instructions in zero-waste packaging. All recipes are available in vegan and vegetarian-friendly formats. As an additional nod to its earth-forward stewardship focus, Burgerland Smash Up is partnering with TreeEra to help offset its carbon footprint and donating $1 for every Kit ordered — the cost to plant one tree through the TreeEra planting program.

Looking for a way to reward your hard-working staff or cater a party? Order a ‘Team Smash’ to have a tasty time together and put some fun into corporate rewards. Team Smash Smashburger Kits include grass-fed organic BC beef or Impossible™ plant-protein smashballs, with iconic recipes and vegan and vegetarian options available, to cater to your whole team’s tastes.

For more information on Burgerland Smash Up or to stay up to date on food truck locations, schedule and all the latest new burger launches follow @burgerlandsmashup on Instagram, go to burgerlandsmashup.com, or become a fan on Facebook at /.BurgerlandSmashUp

ABOUT BURGERLAND SMASH UP | Launched in 2021 by burger aficionado Bodhi Valentine, Burgerland Smash Up is Vancouver’s home for freshly ground organic, grass-fed beef or Impossible™ Smashburger Kits that helps burger obsessives raise their at-home burger game, and the pop-up food truck that satisfies smash burger cravings at some of Greater Vancouver’s top beaches, breweries and neighbourhood hot spots. The Burgerland Smash Up lineup features a variety of burgers that play homage to some of the most classic and beloved regional burger styles and recipes that include the In-N-Out-Burger-inspired California UP-N-DOWN, the Classic American Cheese, Oklahoma Fried Onion and Cheese and Big Mac-inspired Big Smash. | burgerlandsmashup.com