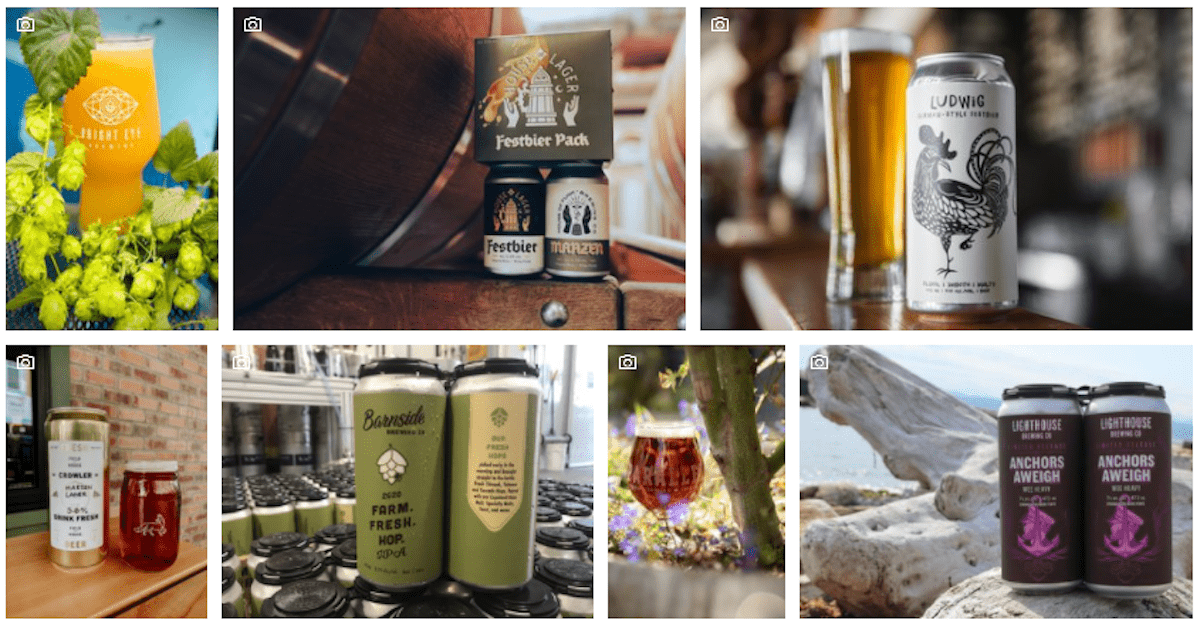 Festbiers and Fresh Hops and Märzens, Oh My! Fall for some of BC’s best craft beers

There’s a chill in the air and an abundance of juicy, fresh BC hops in your beer — it must be fall. As the seasons change, so too do the flavours and styles available at BC breweries, where more than 50+ new fall beers are taking centre stage and celebrating the very best that autumn has to offer for craft beer aficionados.

This year fall-forward flavours like nutmeg, pumpkin and cinnamon are making their seasonal return in addition to beers that incorporate the very best of BC’s bountiful hop harvests. There’s no shortage of special-edition, limited-time-only beers to sample that showcase the province’s amazing craft beer scene, plus a beer that benefits a Canadian charity honouring firefighters lost in the line of duty.

There’s a throwback-to-Expo-’86 beer from Another Beer Co. that comes in pre-labelled cans that could reward select drinkers with a ‘golden ticket’ prize from the brewery. The truly unique Root Cellar Saison, a collaboration between Barkerville Brewing and Mighty Peace Brewing Co. on the Northern BC Ale Trail features fresh, locally sourced beets and honey. And there are plenty of other examples of the true standout of the fall beer scene — fresh-hop beers that go straight from bine to brew within 24 hours of harvesting to supercharge each beer with intense hop flavours and aromas.

So hop to it — assemble your beer crew, get out and support your local breweries — and don’t forget to bring your vaccine card to enjoy the full brewery, taphouse, pub and tasting room experience.

Plan your next getaway with the BC Ale Trail and check out the blog for the full list or sample the selection of 14 different brews from 10 craft breweries below for starters!

An ode to the glory days of Expo ’86, this beer promises to take its drinkers back in time. Another Beer Co. used pre-labelled cans that were never filled for this release, so peel back the label to see what lies beneath — it could be a ‘golden ticket’ that earns a prize from the brewery!

Another Beer Co. can be found on the New West, Delta, Surrey & Richmond Ale Trail.

This unique beer is the result of a colla-BEER-ation between two Northern BC breweries and incorporates fresh beets from Quesnel’s Back 40 Ranch and unpasteurized honey from Mackay Farms in Taylor, resulting in a delightfully bright pink ale with a sweet and spicy edge.

Barkerville Brewing and Mighty Peace Brewing can be found on the Northern BC Ale Trail.

This pale ale was brewed with fresh BC Centennial hops from Chilliwack and showcases notes of classic West Coast pine, citrus and floral tea.

Now this is a story all about how this beer got flipped-turned upside down courtesy of incorporating 120 lbs of fresh Comet hops delivered straight from the bine to the brew kettle within three hours of harvesting, conjuring up notes of citrus, pine and peppercorn.

This latest release in Cannery’s ‘It’s Not Magic, It’s Science’ series is brewed with fresh Comet hops from Pemberton’s Myrtle Meadows that were flash-frozen with liquid nitrogen and then pulverized to maximize lupulin contact with the beer.

Previously having lived a life as a Black IPA, Cannery has reimagined and repurposed its Wildfire label as a Dark Lager, and this is one beer that truly gives back — proceeds from the sale of each Wildfire go directly to support the Canadian Fallen Firefighters Foundation.

Cannery Brewing can be found on the Penticton Ale Trail.

Brewed using specialty malts and German hops, this smooth lager has a silky mouthfeel and notes of caramel. Prost!

Herald Street Brew Works can be found on the Victoria Ale Trail.

Best of the ’Fest: Festbier Pack from House of Funk Brewing (House of Lager Series)

A classic lager conditioned for 10 months in French oak barrels with Brettanomyces then blended with young Festbier, krausened for carbonation, and lagered for four weeks.

A modern take on an Oktoberfest lager, this entry was brewed with Munich and Vienna malts to contribute malty depth and a golden colour and hopped with Hallertau Saphir.

House of Funk can be found on the Vancouver’s North Shore Ale Trail.

Howe Sweet it is: Two Beers from Howe Sound Brewing

This complex, crushable lager pairs perfectly with autumn adventures, or while socializing on a patio all bundled up and raising a toast to friends and family.

This perennial pumpkin entry rises once again — an imperial ale brewed with pumpkin, nutmeg, cinnamon, ginger and cloves for a high-test beer with an unmistakably fall flavour.

Howe Sound Brewing can be found on the Squamish Ale Trail.

Top of the Fresh-Hop Crop: BC Fresh Hop by Kelowna Brewing and Barn Owl Brewing (5% ABV)

The story: a team-up by friends at a pair of Kelowna breweries who took a road trip to collect some freshly harvested Comet and Cashmere hops. The result: a beer that brings forth the very best homegrown flavours of BC’s unique terroir.

Kelowna Brewing and Barn Owl Brewing can be found on the Kelowna Ale Trail.

This Belgian-style ale marks the occasion of Mt. Begbie’s 25th anniversary with a gorgeous label and unique beer that celebrates the brewery’s founders, Tracey and Bart Larson.

Mt. Begbie Brewing can be found on the Kootenay Rockies East Ale Trail.

This ale incorporates fresh hops picked from Myrtle Meadows in Pemberton and shuttled straight back to the brewery for a wet-hopped beer that’s a true local labour of love.

Whistler Brewing can be found on the Whistler Ale Trail.

To see the full list of new beer releases and learn where to find them in your neighbourhood, visit the BC Ale Trail website today!

The BC Ale Trail is brought to you in partnership by Destination British Columbia and the BC Craft Brewers Guild. A BC Ale Trail is a series of self-guided itineraries highlighting local craft brewery destinations and the super, natural landscapes that surround them. Explore over 170 breweries across 20 Ale Trails in 5 regions around the province. New experiences are brewing nearby. For more information, please visit https://bcaletrail.ca/

Fun and Suds Under the Sun