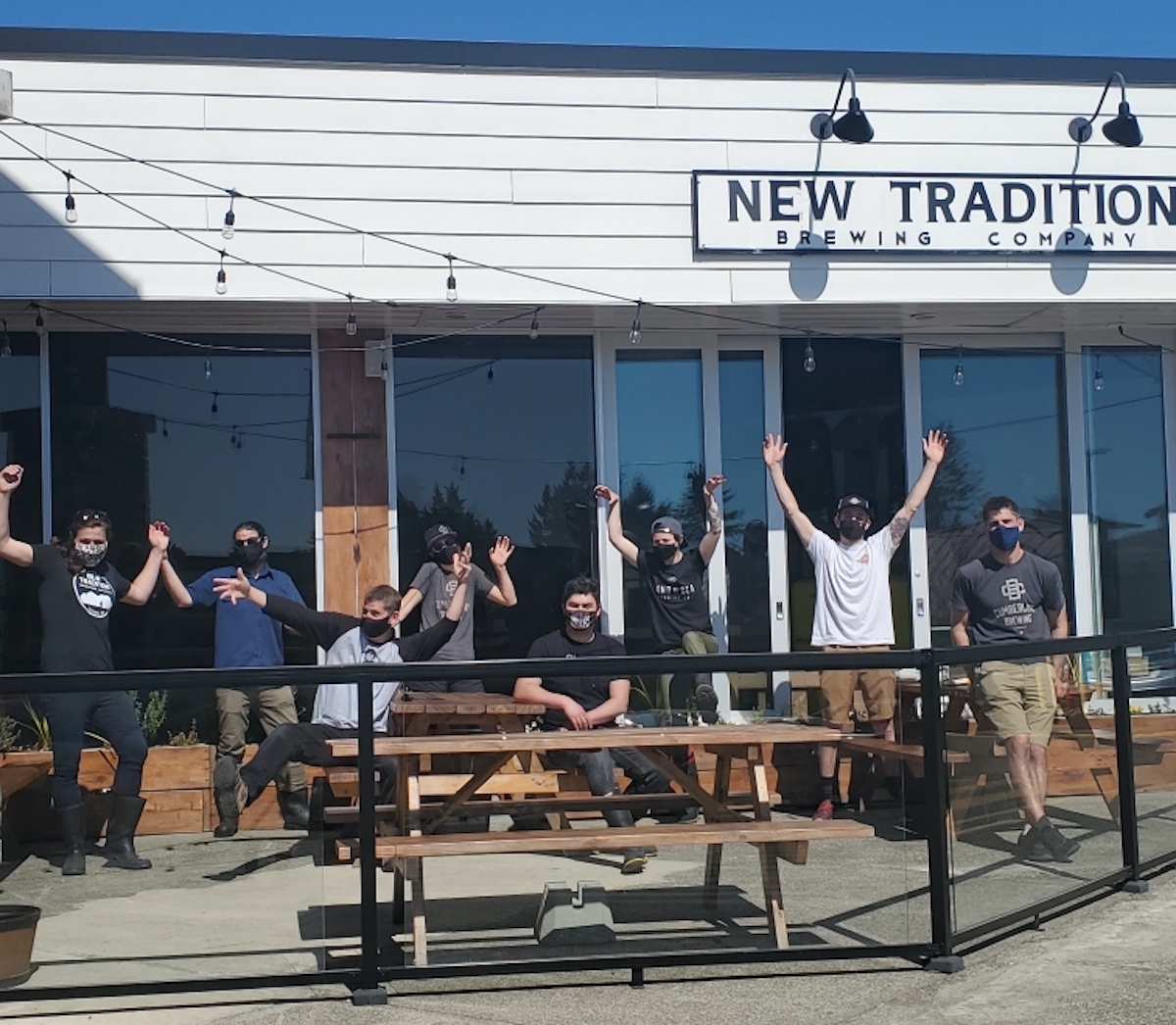 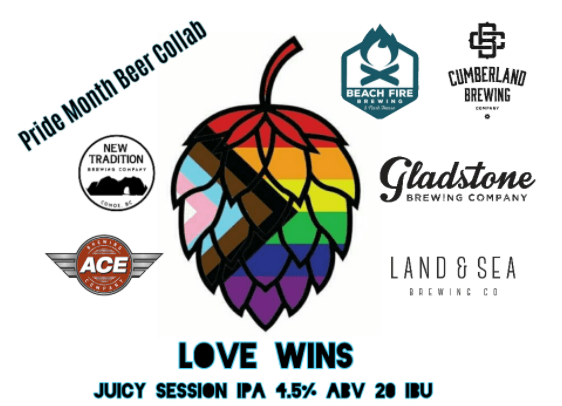 You can’t spell community without “C.”

Six mid-island breweries in Comox, Cumberland and Campbell River took this to heart when the brewers met in mid-April to discuss how they could best showcase the inclusive, diverse communities they served. As beer makers, they decided to come up with a collaborative brew, the Love Wins Juicy Session IPA (4.5 percent ABV, 20 IBU).

“The Love Wins Juicy Session IPA is fun and very approachable,” said Patti Savard, co-owner and brewmaster at New Tradition Brewing. “It’s the perfect pairing for our current patio-only lifestyle, and at 4.5 percent ABV with 20 IBU, the delicately-hopped brew is light and smooth with tropical and passion fruit characteristics. It drinks just like a pina colada.”

“I think it’s important for people to remember that the craft beer industry isn’t reserved solely for cis-men. A good pint can be both enjoyed & created by people of a much wider span of sexual orientations and gender identities,” said Jordyn Godin, Assistant Brewer at Land & Sea Brewing.

In honour of the beer release, each brewery will be donating to Diversity in Brewing, a grassroots initiative dedicated to supporting BIPOC and LGBTQ2S+ folks by providing an annual scholarship to Kwantlen Polytechnic University’s BIPOC and LGBTQ2S+ brewing students. “It was important for us to show our support with us being brewers and Diversity in Brewing’s mandate being included in the brewing world,” Savard said. “If we can help be a part of productive change it may as well start with our own industry.”

Love Wins Juicy Session IPA will be released on all six brewery patios on May 29th to kick off Pride Month. New Tradition Brewing will also have cans of the beer available for sale, along with specially designed t-shirts.