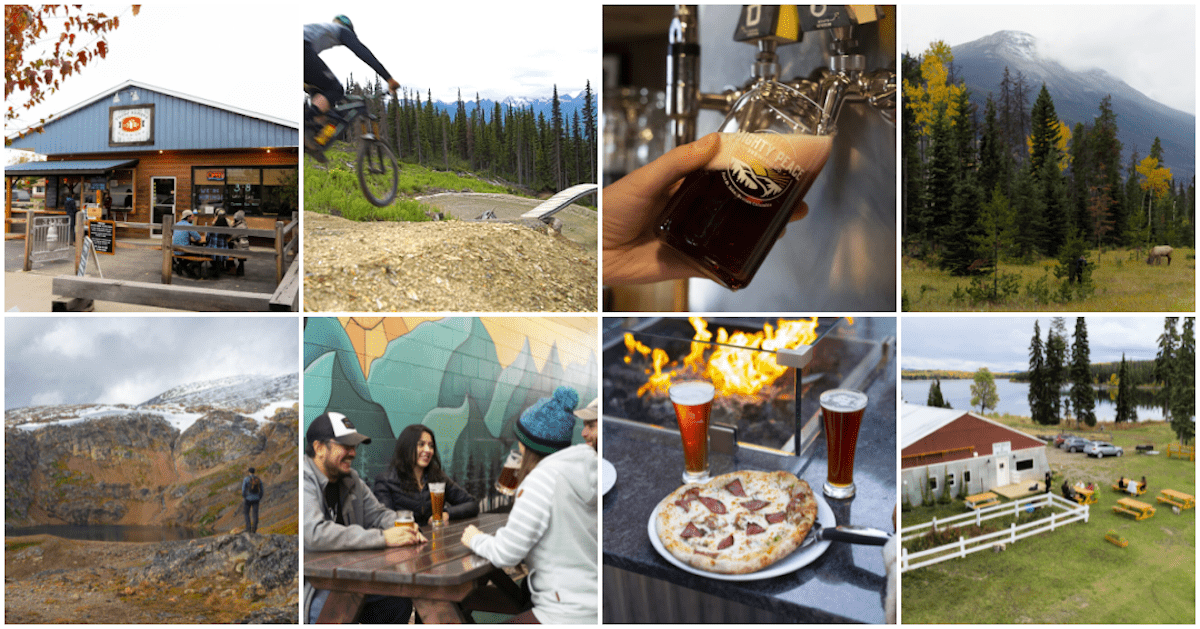 The Northeast and Northwest BC Ale Trails encourage beer lovers to explore both corners of the province with refreshed self-guided itineraries.

\BC Ale Trail has made it easier for beer lovers to explore the far reaches of the province, with the launch of two new Ale Trails: Northeast BC and Northwest BC.

Previously known as the Northern BC Ale Trail, the new trails now split the large northern half of BC into two, making it easier for visitors to explore each region as they were meant to be taken in: one region at a time.

“The Northern BC Ale Trail was the original trail,” said Monica Frost, BC Ale Trail Project Lead. “Once Fort St. John and Dawson Creek joined, however, it was a real trek for beer lovers. By splitting them into the East and West corners of the province, we were able to create more engaging itineraries which allow visitors to truly take in the unique experiences that both regions have to offer.”

The Northeast BC Ale Trail takes visitors on an adventure of a lifetime, with a touch of history. The trail includes Fort St. John’s Beard’s Brewing and Mighty Peace Brewing, Post & Row Taphouse in Tawson Creek, where they’re in the process of adding an on-site brewery. Barkerville Brewing in Quesnel, Fox Mountain Brewing in Williams Lake, and Three Ranges Brewing in Valemount.

The BC Ale Trail is brought to you in partnership by Destination British Columbia and the BC Craft Brewers Guild. A BC Ale Trail is a series of self-guided itineraries highlighting local craft brewery destinations and the super, natural landscapes that surround them. Explore more than 180 breweries across 25 Ale Trails in five regions around the province. New experiences are brewing nearby. For more information, visit https://bcaletrail.ca.

As parts of BC have been impacted by heavy rain and flooding, drivers are asked to avoid unnecessary travel given the multiple highway closures. Check @DriveBC on Twitter for the latest information on delays and road closures. Destination BC’s Know Before You Go page also includes key information and resources for travellers and tourism businesses.

Masks are required in all public indoor settings for all people born in 2009 and earlier (12+). As of September 25, proof of double vaccination is required for those 12 and older to access certain social and recreational businesses including breweries to help protect people from COVID-19.