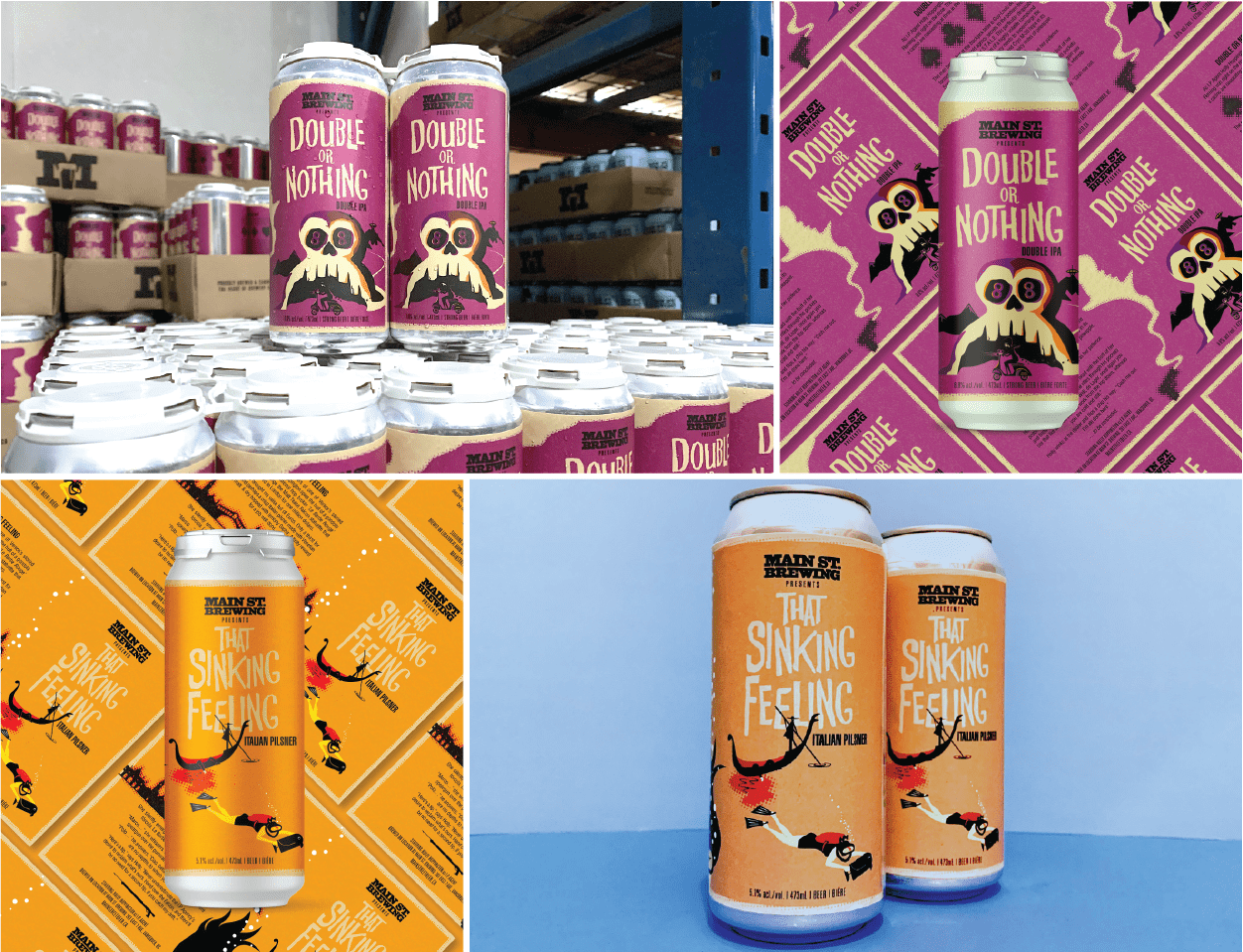 Fans of Main St. Brewing’s latest beer lineup can find out how the adventures of ‘IPAgent’ Holly Hoppington turn out when the Mount Pleasant brew crew releases the final two beers in their spy-themed series beginning with a ‘Double or Nothing’ DIPA today.

Inspired by the latest James Bond film ‘No Time to Die’ that arrived in theatres last fall, Main St.’s latest seasonal series pits the plucky fictional IPAgent against evil henchmen and nefarious villains in a variety of European locales as she races against time to secure secret recipes and essential ingredients. The lineup of limited-edition brews kicked off last September with a ‘Trouble Weighs a ’Tun’ Export India Porter and continued in October with a ‘Norwegian Rendezvous’ Nordic IPA.

Available in extremely limited quantities, the ‘Double or Nothing’ (8.8% ABV/55 IBU) finds Holly at the blackjack table in a casino on a mission to secure a highly volatile compound known as Phantasm from a double agent working for the Society to Terminate Ale, or S.T.A.L.E. The IPAgency needs the secret ingredient to supercharge the blend of Ekuanot Incognito, Hallertau Blanc and Cryo M-20 hops in the DIPA and boost the bold and juicy notes of pineapple, citrus and gooseberries.

The series will end with ‘That Sinking Feeling’ Italian Pilsner (5.1% ABV/27 IBU) in mid-February, but Holly won’t go lightly — she’ll embark on her final mission by tangling with a shadowy international hop broker and look to satisfy a thirst for revenge with a crisp pilsner that conjures up a honey and melon-like sweetness courtesy of Venetian Eraclea malt and lemony Saphir and floral Barbe Rouge hops.

SAUSAGELAND JOINS THE FOOD MENU AT MAIN ST. BREWING
Visitors have a new food option to pair with their beer at Main St. now that Sausageland has set up shop in the brewery’s back of house. Created by the same team behind the Burgerland Smash Up trailer located outside Main St. that serves up regionally inspired smashburgers, Sausageland offers house-made ethical meat and vegetarian/vegan-friendly sausages, chili and terrine made with Main St. beer in addition to charcuterie and cheese boards, customized baked potatoes and a selection of grab-and-go favourites. Sausageland is available exclusively in the Main St. tap room and for pickup from noon to 8 p.m. Sundays, Wednesdays and Thursdays and on Fridays and Saturdays from noon to 10 p.m.

For more information on Main St. Brewing or to stay up to date on all the latest beer launches, go to mainstreetbeer.ca,, become a fan of /MainStreetBeer on Facebook or follow @mainstreetbeer on Instagram.