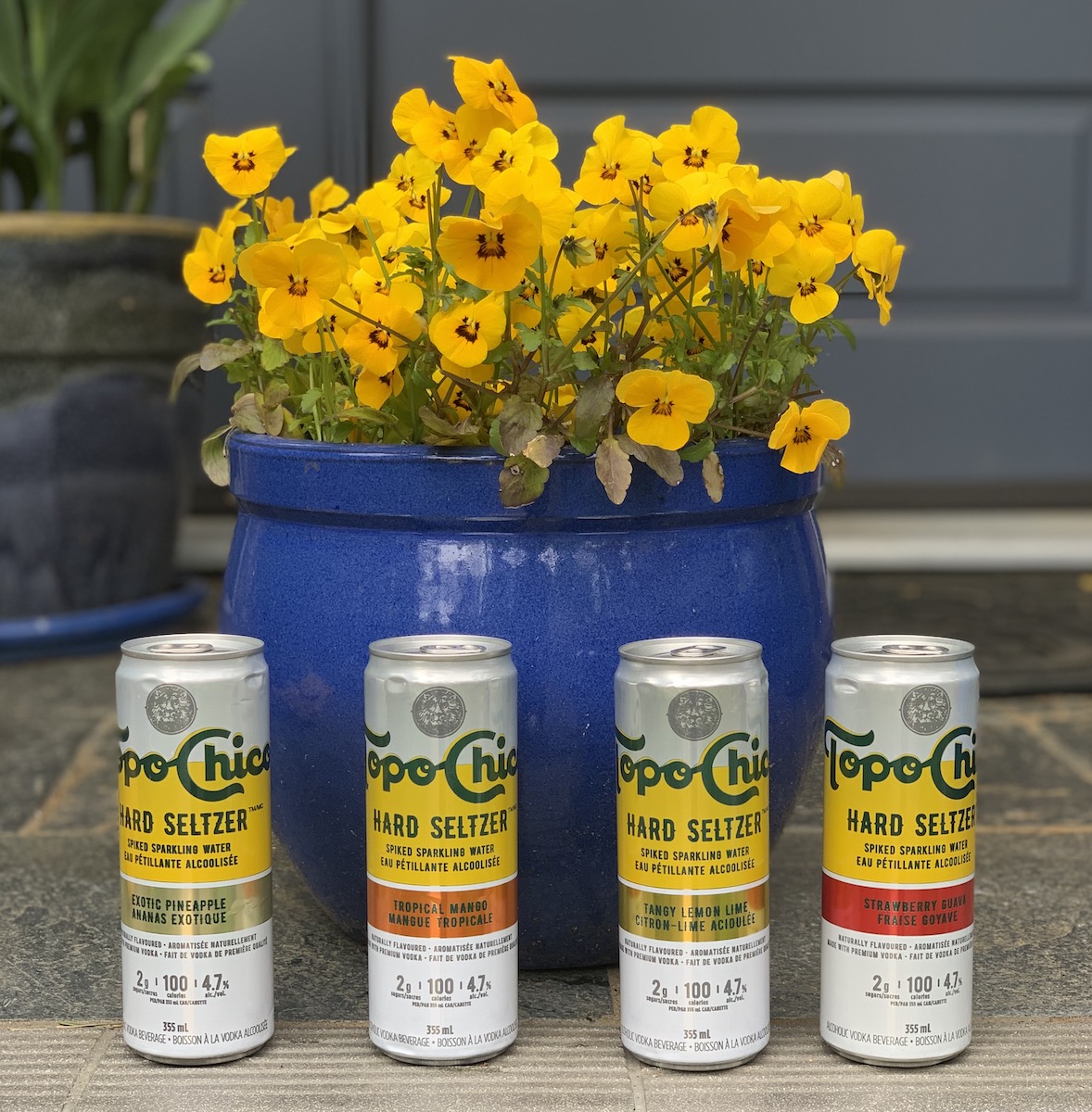 The clean, crisp taste of Topo Chico Hard Seltzer makes its Canadian debut in May

Countless brands launch to fanfare in the United States, never to cross the Canadian border. But, this spring, Canadians can finally celebrate the arrival of an American cultural phenomenon: Topo Chico Hard Seltzer. The American fan favourite hit store shelves in Canada on May 2nd.

Since arriving in the United States in 2021, the Topo Chico Hard Seltzer brand skyrocketed to a #4 position in the category nationally, despite only being available in 15 markets for most of the year.

“As Canadians, we often ask why we don’t get some of the products we see exploding in popularity around the world. Topo Chico Hard Seltzer is one of those products, but we’re not letting this one get away,” explains Leslie Malcolm, Brand Director, Seltzer, Flavour and Emerging Growth, Molson Coors Beverage Company. “We’re bringing the crisp, clean taste of this cultural phenomenon to the masses, and we know Canadians are going to love it.”

Chances are, anyone who has travelled to the United States or Mexico, has seen Topo Chico – the mineral water with a cult-following and more than a century of Mexican heritage. The legend of Topo Chico Mineral Water begins with a Mexican emperor in the 1400s, who searched far and wide to find waters to restore vigour, strength, refreshment and joy. Once found, he named the water after its mountainous source, and the story continues to intrigue fans around the world to this day. The mineral water was brought to the United States in 1987 only to reach cult status, thanks in part to its limited availability across Texas and California. The Coca-Cola Company acquired the brand in 2017 and has helped it become nationally available in the United States.

The immense fandom for Topo Chico was created because of its refreshing taste. It’s been called stunningly thirst slaking and made with a confident, intense carbonation. The legend of the brand continues to evolve as a staple in culture, known as the drink of choice for some of the most famous names in entertainment.

The Topo Chico brand has become known as a beloved, clean and crisp hard seltzer. In more than 22 countries around the world, Topo Chico Hard Seltzer is now coming to Canada (with the exception of launching in Quebec). It will be available in four distinct and unforgettable flavours: Strawberry Guava, Tropical Mango, Tangy Lemon Lime and Exotic Pineapple. Starting May 2nd, Canadians can refresh their summer drink menu by grabbing it at their local select liquor stores.

About The Coca-Cola Company
The Coca-Cola Company (NYSE: KO) is a total beverage company with products sold in more than 200 countries and territories. Our company’s purpose is to refresh the world and make a difference. We sell multiple billion-dollar brands across several beverage categories worldwide. Our portfolio of sparkling soft drink brands includes Coca-Cola, Sprite and Fanta. Our hydration, sports, coffee and tea brands include Dasani, SmartWater, vitaminwater, Topo Chico, BODYARMOR, Powerade, Costa, Georgia, Gold Peak, Honest and Ayataka. Our nutrition, juice, dairy and plant-based beverage brands include Minute Maid, Simply, innocent, Del Valle, fairlife and AdeS. We’re constantly transforming our portfolio, from reducing sugar in our drinks to bringing innovative new products to market. We seek to positively impact people’s lives, communities and the planet through water replenishment, packaging recycling, sustainable sourcing practices and carbon emissions reductions across our value chain. Together with our bottling partners, we employ more than 700,000 people, helping bring economic opportunity to local communities worldwide. Learn more at  www.coca-colacompany.com and follow us on Twitter, Instagram, Facebook and LinkedIn.

Starbucks Strawless Lids Now Available Across the U.S. and Canada

Canada’s J.P. Wiser’s Whisky is a hit in Sweden

WELCOME TO THE O’EVERYONE FAMILY: TULLAMORE D.E.W. LAUNCHES SPIRITED BENEVOLENCE CAMPAIGN IN SUPPORT OF CANADIAN CENTRE FOR DIVERSITY AND INCLUSION