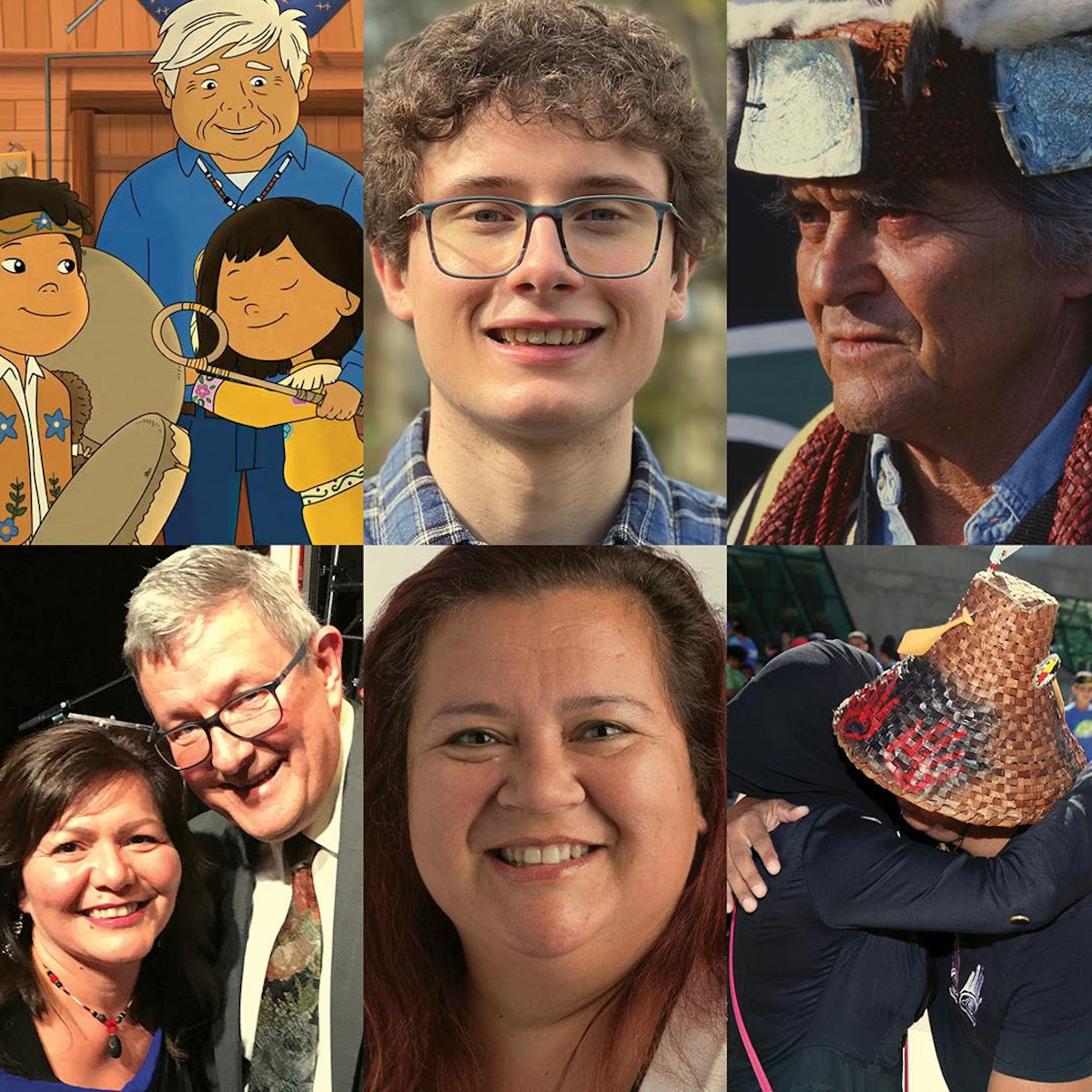 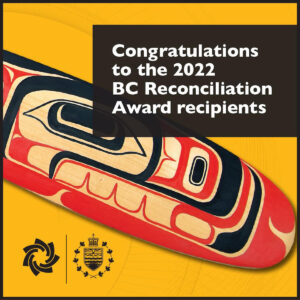 “Reconciliation builds relationships and bridges the gap between two worlds through the efforts of both Indigenous and non-Indigenous peoples. By recognizing the truths of past wrongs and showcasing examples of how to make things right, others will be inspired to follow,” said BC Achievement Foundation board member Cloy-e-iis, Judith Sayers. “In its second year, the British Columbia Reconciliation Award continues to celebrate innovative and empowering ways to embark on this journey, designed and decided by Indigenous peoples, allowing them to thrive while making the world a better place. On behalf of BC Achievement, we are privileged to announce and honour the 2022 awardees. Congratulations to all the recipients and thank you for your efforts on our collective reconciliation journey.”

The BC Achievement Foundation has several established programs honouring excellence and inspiring achievement throughout British Columbia, including the Indigenous Business Award and the Fulmer Award in First Nations Art.

“For the second year of the British Columbia Reconciliation Award, I have been heartened by the continued focus on advancing reconciliation in BC,” said the Honourable Janet Austin, Lieutenant Governor of British Columbia. “The 2022 recipients represent elders and youth, partnership and leadership. They showcase creative ways of educating young generations and new Canadians on the history and culture of Indigenous people, ensuring all are included on the journey of reconciliation. It has been my deep honour to champion the award, and I couldn’t be prouder to share the accomplishments of the 2022 recipients with British Columbians.”

The Honourable Janet Austin, Lieutenant Governor of British Columbia, has chosen reconciliation as one of the key priorities of her mandate. This commitment includes participation in promotion of public awareness of the ongoing journey of reconciliation, and developing a legacy through the creation of this award.

The British Columbia Reconciliation Award draws inspiration from the work of the Honourable Steven Point [Xwĕ lī qwĕl tĕl], 28th Lieutenant Governor of British Columbia, and a founder of the Award. His hand-carved red cedar canoe, Shxwtitostel, currently on display at the BC Legislature buildings, was created as a symbol of reconciliation, with the understanding that “we are all in the same canoe” and must “paddle together” to move forward. In honour of this legacy, this year’s recipients will receive a print of a canoe paddle beaded by Dene and Carrier artist Crystal Behn to commemorate the award. Crystal Behn is the Emerging Artist recipient of the 2021 Fulmer Award in First Nations Art.

Members of the selection committee, along with the Honourable Steven Point, led in the creation and design of the BC Reconciliation Award, ensuring the award was founded on the principles of Indigenous culture and knowledge.

Interviews with representatives of the BC Achievement Foundation, as well as BC Reconciliation Award recipients, are available upon request. Awardee bios and high resolution images are available here.

For more information about the BC Achievement Foundation or BC Reconciliation Award program, please visit www.bcachievement.com.

About BC Achievement
BC Achievement is an independent foundation established in 2003 that celebrates the spirit of excellence in our province and serves to honour the best of British Columbia. By recognizing the accomplishments of our province’s entrepreneurs, artists, community leaders, youth and volunteers, its award programs pay tribute to exceptional people, doing exceptional work, while carving a path forward for others to follow. www.bcachievement.com

Victoria’s CULINAIRE…it’s all about the food and drink!