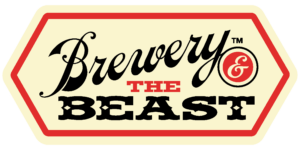 Brewery & The Beast’s presenting sponsor, Club Kitchen, will be on-hand to help guests cool off with snow cones, giveaways, and more, including information on their exciting new concept opening in downtown Vancouver this fall.

Each year, Brewery & The Beast attracts legions of food fanatics who are drawn by its all-you-can-enjoy food and drink program, ever-growing list of participating chefs and beverage partners, and fun, live-music-filled atmosphere. It’s no wonder that Western Canada’s unparalleled grazing experience always sells out faster than a quick-seared steak.

“The people asked for more Vancouver tickets; we listened. It brings us so much joy that even more guests will be able to experience this one-of-a-kind barbecue of epic proportions,” says Scott Gurney, director of the 17 Black Events team that produces the festival. “We’re also excited to give one lucky winner golden-ticket access to Brewery & The Beast Victoria, making their culinary dreams come true along with a vacation weekend.” The contest will run from July 25 until July 31 on the @harbourair and @brewerythebeast Instagram accounts. Valued at $3,200, the winner and their guest will receive round-trip flights from Vancouver to Victoria on Harbour Air; a one-night stay at Westin Bear Mountain Golf Resort & Spa; Brewery & The Beast merchandise, and VIP access to the sold-out Victoria Brewery & The Beast event.

This year’s Brewery & The Beast events in British Columbia will take place in Vancouver on Aug. 7 and Victoria on Sept. 25. Each year, Brewery & The Beast donates to various organizations that work to grow the Canadian culinary industry and support local food-focused initiatives—topping $143,000 in donations to date. Partial proceeds from 2022 ticket sales will be donated to the Chefs’ Table Society of B.C. and local programs that support food sustainability.

ABOUT BREWERY & THE BEAST | Originally launched in 2012 by the team at 17 Black Events, Brewery & The Beast is all about food, drink, music and community — a culinary focused event proudly promoting ethical, sustainable and natural farming practices, while showcasing talented chefs and the best of Western Canada’s food and beverage industry. Brewery & The Beast was created to educate and inform guests of the importance of being a conscientious consumer and how now is more important than ever to support responsible and sustainable food producers by purchasing their harvest in restaurants, grocery stores and markets. | breweryandthebeast.com

DISCERNING CARNIVORES REJOICE Tickets to the fourth annual Brewery & The Beast go on sale Monday, May 2nd at 10 a.m.

Brewery & The Beast Announces Its Return With Two September 2021 Dates in Victoria, Vancouver