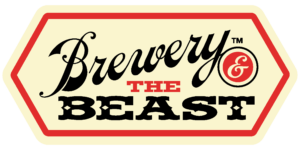 BREWERY & THE BEAST ANNOUNCES ITS RETURN WITH
TWO SEPTEMBER 2021 DATES IN VICTORIA, VANCOUVER

After a one-year pause during the pandemic, one of Western Canada’s most popular and perennially sold-out food, drink and entertainment festivals will make its triumphant return when Brewery & The Beast hosts a pair of more intimate and elevated events in Victoria on Sunday, September 12 and Vancouver on Sunday, September 26.

Providing a focus on ethical, sustainable and natural farming practices and showcasing talented chefs, renowned restaurants and the very best of BC’s food and beverage scene, Brewery & The Beast provides guests with an all-you-can-enjoy, food-and-drink feast for the senses featuring a variety of dishes and preparations, from barbecue and smoked to grilled and slow-cooked, along with beer, wine, cider and spirits.

Partial proceeds from ticket sales for both of this year’s events will be donated to the Chefs’ Table Society of BC, which — in keeping with the core goal of Brewery & The Beast itself — aims to inspire, nurture and showcase chefs, producers and the local food industry in BC. Major sponsors of Brewery & The Beast include Two Rivers Specialty Meats, Phillips Brewing & Malting Co, and Victoria’s Presenting Sponsor, Viking Properties, among others.

“At its core, Brewery & The Beast is an interactive experience our guests can feel good about while having a great time and we’re thrilled to be bringing it back for its ninth year in Victoria and eighth year in Vancouver,” says Scott Gurney, Director of the 17 Black Events team that organizes the Brewery & The Beast events. “We’ve got a great roster of newcomers and fan favourites lined up and are working hard to make sure this year’s return is an extra special one that continues to highlight the amazing food, drink, farms and purveyors we have access to here in BC.”

A full list of participants can be viewed at breweryandthebeast.com, with new additions being made as event dates approach.

Brewery & The Beast’s music program has also always been a key accompaniment for the meat-centric celebration. Gurney remains committed to providing a showcase for the live arts at both events, with The Electric Timber Company — which has been a fixture at Brewery & The Beast since 2012 providing beats to pair with the beasts and brews, along with special guest performers from both cities.

Since its inception in 2012, Brewery & The Beast has donated more than $130,000 to organizations that work to grow the Canadian culinary industry such as the Chefs’ Table Society of BC; the BC Hospitality Foundation; Southern Alberta Institute of Technology; Hawksworth Young Chef Scholarship; Women Chefs & Restaurateurs; and the Island Chefs Collaborative.

HOW TO PURCHASE TICKETS
Tickets for the Victoria event held at Starlight Stadium (1089 Langford Pkwy) will be available for $145.95 beginning July 7 and at Vancouver’s Concord Pacific Lot (180 Pacific Boulevard) for $165.95 on July 14 and can be purchased online at breweryandthebeast.com/buy-tickets/. Partial proceeds will be donated to the Chefs Table Society of BC.

For more information on Brewery & The Beast or to stay up to date on all the latest developments, go to breweryandthebeast.com, become a fan of /BreweryandtheBeast on Facebook or follow @brewerythebeast on Instagram and @BreweryTheBeast on Twitter.