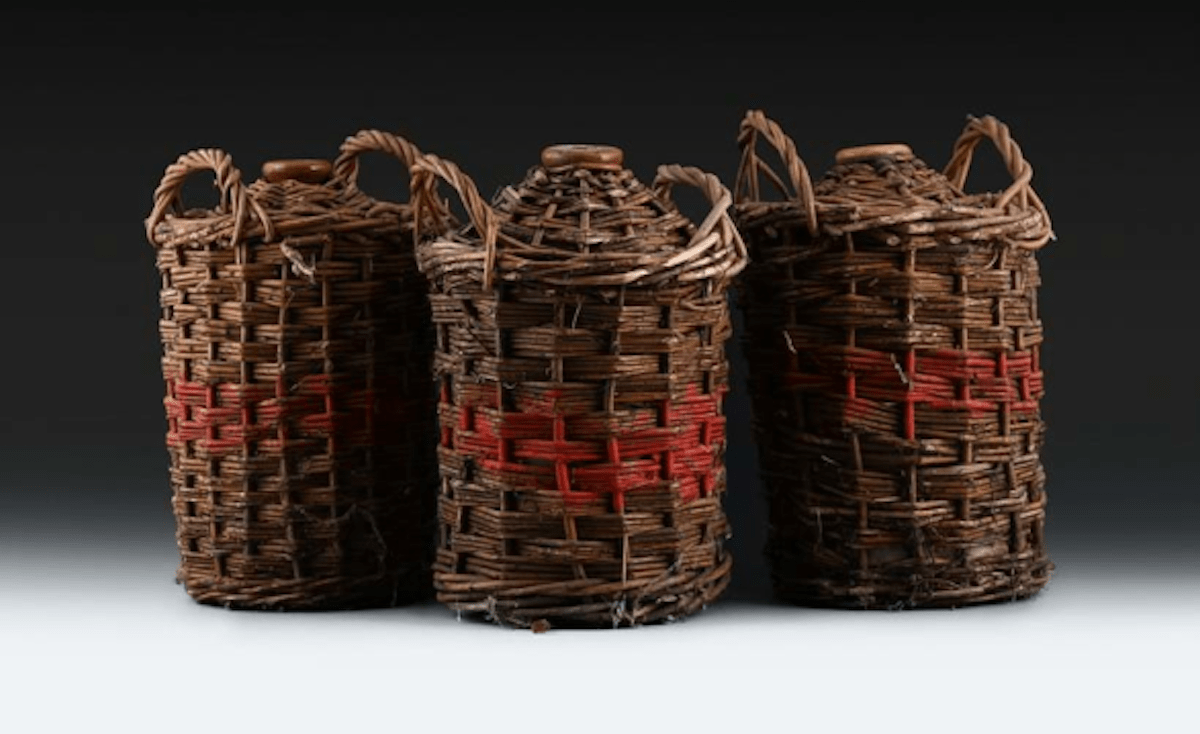 Three flagons of rum from the last batch ever given by the MOD for the Royal Navy’s daily ‘tot’.

Three flagons of rare rum from the last ever batch issued by the British Ministry of Defence (MOD) to sailors in the Royal Navy, as part of the historic tradition of giving sailors a daily ‘tot’ of rum, are to be offered at auction. They are an exciting highlight of Dreweatts Fine & Rare Wine & Spirits sale on December 8, 2022.

The flagons were purchased directly from the MOD by the current owner in 1970, the year that the custom stopped. While they were purchased in 1970, Mark Robertson, Head of Dreweatts Wine and Spirits department says: “Due to a system known as Solero, where younger and older versions of rum are continually blended as they age in barrels over many years, these flagons could be decades older.” The tradition of giving sailors a daily ration of Rum started with the Royal Navy’s West Indies Squadron in Jamaica in 1655 and by 1731 it had spread to the rest of the British fleet. The tradition is believed to have begun as rum was stable in hot temperatures, unlike beer which would spoil. It was also plentiful in the British West Indies as it was a derivative of the booming sugar production there at the time. Rum also mixed well with the sailors’ daily ration of lime juice that was administered to prevent scurvy on the ships, which began in the 18th century and was a reason to continue the tradition.

Mark Robertson tells us: “For five centuries British sailors gathered together from 11am-12pm for ‘Up Spirits’, the serving of their allocated ‘tot’ of rum. The ‘tot’ consisted of an eighth of a pint and was over 50% ABV. While regular sailors’ rum was mixed with lime juice and hot water, officers were permitted to drink theirs neat. When the practice ended in 1970 many sailors regarded it as losing a favourite comrade on the ship and wore black armbands. (It was replaced by the less romantic ‘three cans of Beer when off duty’). The day it stopped is known as ‘Black Tot Day’ (31st July) and every year it is commemorated to salute this honoured tradition.”

Mark continues: “Not much evidence survives about the rum’s provenance before the twentieth century, but by the 1930’s the lion’s share came from British Guyana and Trinidad. Surprisingly, Jamacia, which was a part of the British Empire until 1962 was generally not used, owing to its powerful flavour.”

Mark says: “We are privileged to offer these rare flagons for sale in December. We have been told by multiple sources that the rum inside is delicious and a unique style that is impossible to replicate.” Each flagon carries an estimate of £1,500-£2,500. ($2300. – $3800. Cdn)

Stay cool this summer with these frozen cocktails!