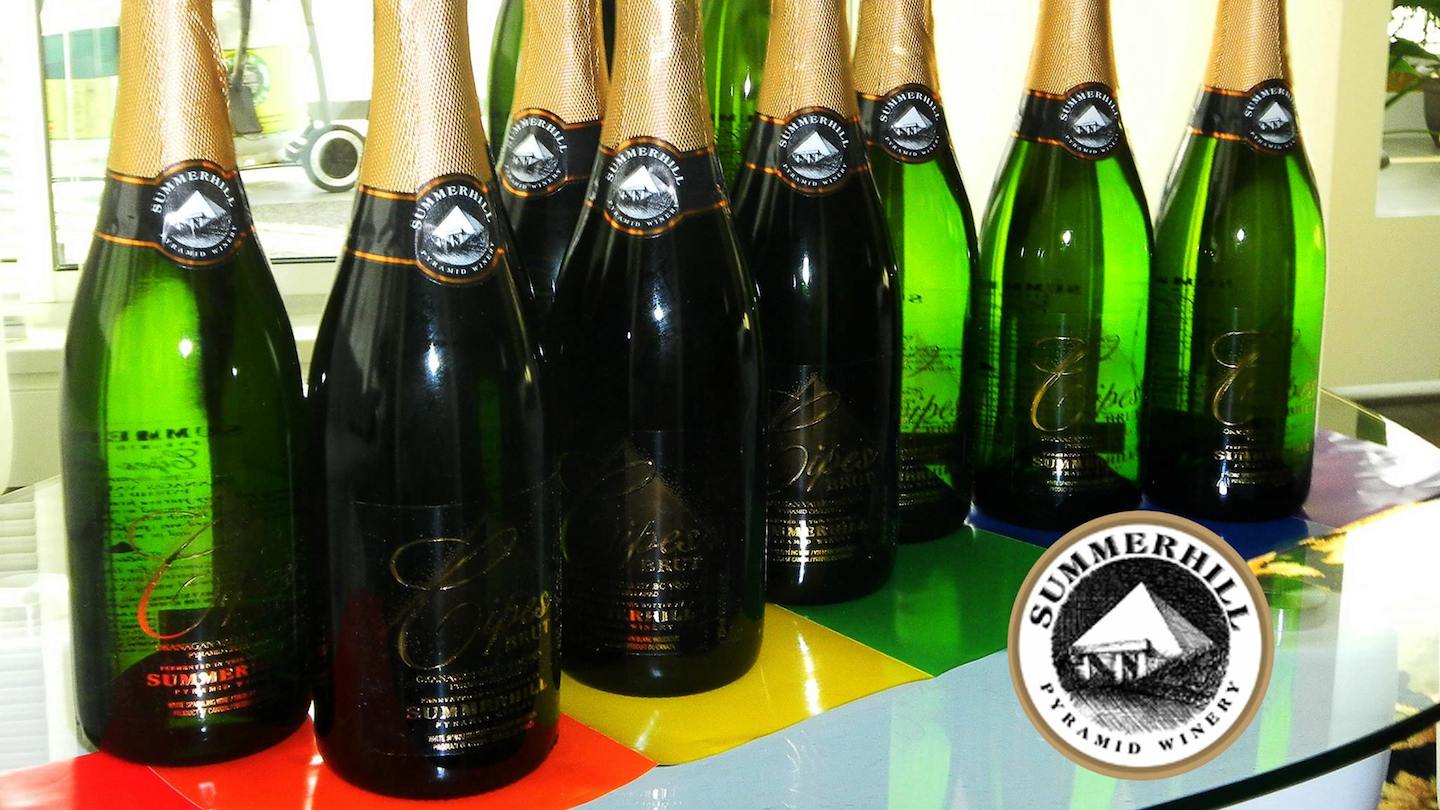 Vancouver International Wine Festival runs from February 24 to March 2, 2014. Our Town Hall team is attending various events throughout the festival winery clients that are exhibiting: Summerhill Pyramid Winery. Amazing VQA wines and bubbles you HAVE to try!

• Stephen Cipes is a pioneer of the BC wine industry and the grandfather of BC’s organic wine movement, and you can meet him

• You are lucky, lucky, lucky that Summerhill is pouring Cipes Ariel at this festival. In late 2012 Summerhill Pyramid Winery held a tasting at Hawksworth where in this fascinating tasting event, celebrated sommelier instructor, wine judge and journalist DJ Kearney guided guests through the taste experience of the lovely Cipes Ariel, side by side with France’s iconic Champagne, Krug Grande Cuvee. The wines were accompanied by a unique tasting menu that celebrated British Columbia ingredients as inspired by the tradition of French degustation, prepared by Chef David Hawksworth and his talented team.

The idea to pour the Ariel beside Krug was sparked by a wine shop host and tour guide from Epernay, (who has worked at both Moët and Krug), who suggested the wine reminded him of the Krug style. Winery CEO Ezra Cipes was inspired to conduct his own research. The media in attendance thought putting the Ariel beside the richness, layered complexity and elegance of the Krug was very brave, and while this was never intended to be a competition, the idea was to illustrate how this special sparkling wine can stand alongside the world’s best. And it did. And it does.

• Bonus: taste the Cipes Rose and Cipes Ariel over at the special Vancouver Sun table as well

• Bonus 2: the BC Wine Institute will be pouring Cipes Brut at their table

Wines you will find at the Summerhill table – All link to the Global Focus of bubbly wines!

• Cipes Brut – $26.95 The winery’s flagship bubble, which has won gold medals internationally every year since its release in 1991

Founder Stephen Cipes moved to Kelowna in 1987 after a successful real estate career in New York. Ready for a career move to get in touch with the earth, Stephen was horrified when he saw the pesticides sprayed on his new vineyard and immediately transitioned to organic growing. With his jovial, convivial personality, Stephen Cipes is the spiritual guide and visionary behind Summerhill Pyramid Winery. He has so much to share.

Ezra Cipes is proud to carry on the family legacy at Summerhill Pyramid Winery as CEO. Like his father Stephen, Ezra has a multitude of passions and talents. At Summerhill Pyramid Winery, Ezra Cipes is responsible for day to day operations, marketing, and leadership. He is a talented musician, and has completed courses in vineyard management and in permaculture design.

Eric von Krosigk is winemaker and viticulturist at Summerhill, and as the winery’s first winemaker, has been associated with Summerhill since its inception. Leading the winery’s organic growers, von Krosigk works with some of the Okanagan’s best grapes to produce world-class wines. Despite the fact he wins numerous awards each year, Eric remains one of the most approachable and humble BC vintners. Also notable is that Eric is president of the Okanagan Wine Festival board.

Bonus events where you will taste Summerhill wines:

ALL ABOUT BUBBLY! – Cipes Brut

Summerhill Pyramid Winery, located in the Lakeshore district in Kelowna, BC, is Canada’s largest biodynamic and organic winery, producing more organic wine than the rest of the Canadian wine industry combined. In addition, Summerhill is Canada’s most visited winery and foremost producer of sparkling wine. Winemaker Eric von Krosigk oversees the portfolio of BC VQA wines that earned the winery the Canadian Wine “Producer of the Year” trophy at the International Wine & Spirits Competition in London, England in December 2009 as well as a trophy for “Best International Bottle Fermented Sparkling Wine” from this same competition in 2010. The winery, owned by the Cipes family, is also home to Summerhill’s organic Sunset Bistro, serving food grown and raised by local organic producers, including an onsite permaculture-style vegetable garden. The mission of the entire Summerhill team is to produce exceptionally good tasting wines organically, support local organic food growers in the bistro, and provide unforgettable experiences for all its guests.

Highlights from the tasting room at the Vancouver International Wine Festival