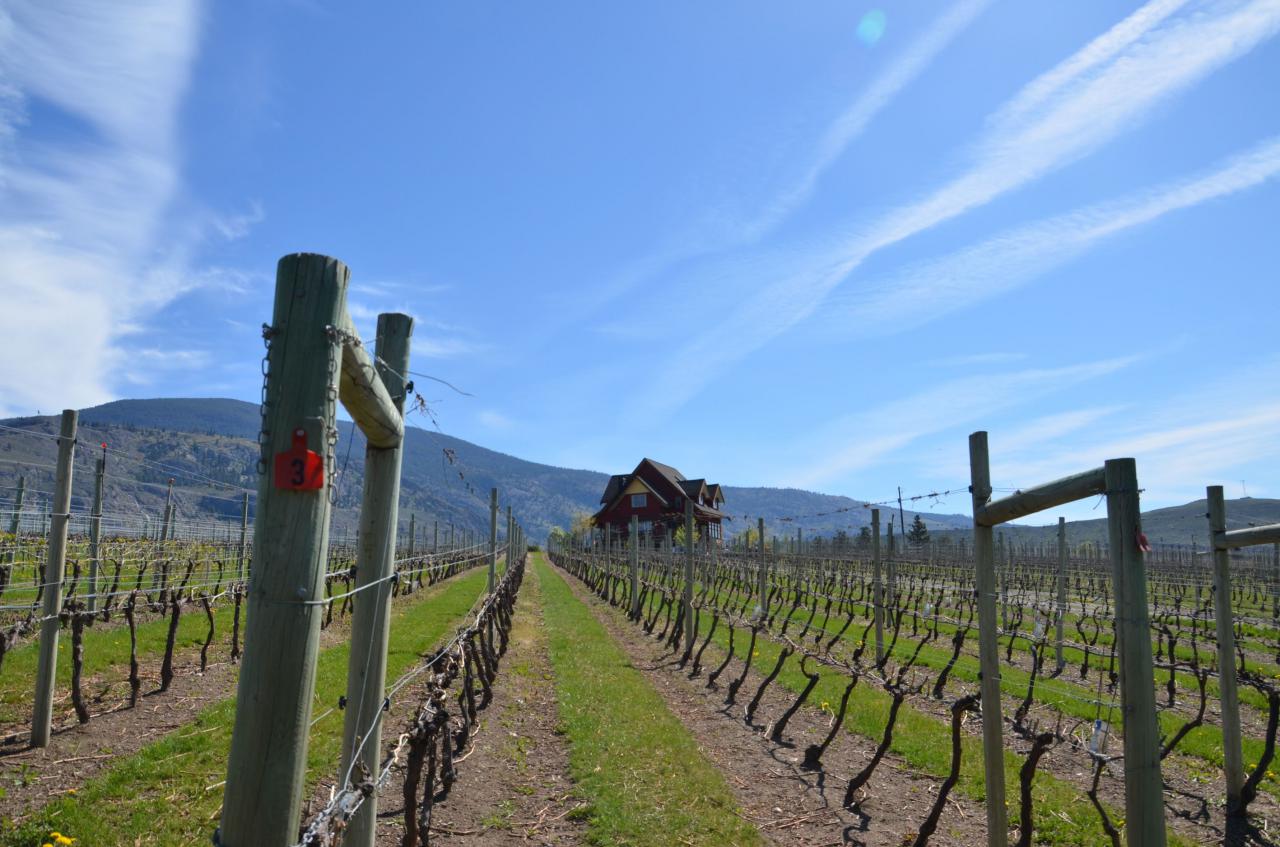 Of the many reasons I enjoy wine tourism, foremost is because it allows me to get close to where my wine comes from. A good 90 per cent of our wine purchases are made right at the winery. And most of those wineries are on the small side, producing fewer than 5,000 cases annually.

That number, totally 60,000 bottles, seems to be a tipping point. Produce much more than that and your costs go up dramatically. It’s no longer likely that you can handle all the winemaking chores and keep on top of the vineyards and sales aspects of the business. Make no mistake—even a small producer needs a few extra hands now and then, especially in the vineyard, but they do tend to be farmer types. Industrious and fiercely independent, they are at heart not far removed than the homesteaders who toiled to tame this once wild country.

It was no surprise to me, then, that I immediately took a like to Ted Kane, even in our first telephone interview. He is warm and articulate, and his enthusiasm wasn’t tempered by the fact we were about 400km apart when we first spoke. The second visit, which took place in May on the River Stone Estate Winery—no surprise here—was much more satisfying.

River Stone Estate Winery sits on a tidy 9.5 acre property on Tucelnuit Drive, just outside Oliver. Tucelnuit Road turns into Black Sage Road a bit to the east and the winery is only a few minutes’ drive from Oliver. When Ted and his wife, Lorraine, were looking for property on which to establish a home and vineyard, they struck gold. This particular piece of rocky soil slopes downward to the shores of Okanagan River, a pastoral setting in the truest sense of the word. Even better, the property had been sitting in fallow for three decades, giving Ted a clean slate on which to plant his grapes.

He set about preparing the land, planting Cab Sauv, Cab Franc, Merlot and Malbec red grapes in the deep rocky soil, as well as Pinot Gris and Gewurztraminer. The rocky soil, Ted says, is significantly different only short distances to the north and south. Laughing Stock Vineyards was an early purchaser when the vines began to bear fruit.

The next step was to build a home for himself, Lorraine (a physician who practices in Oliver) and their two children. On the ground floor is a beautifully intimate tasting room. Ted also began taking courses at OUC Okanagan to supplement his considerable knowledge as a hobby winemaker, which extended back to his high school years. Fascinated by science, he developed an obsession with making wine, first with kits and then later began purchasing grapes for his small batches. He meticulously learned everything he could about making wine and even with kits he was finding ways to improve the results.

The one-time respiratory therapist now devotes his time to tending his vineyards, where, he says, “Mother Nature runs the show,” making wine, tending the shop and looking after the kids. When Lorraine isn’t working she can often be found outdoors, driving the tractor and caring for the beautifully landscaped flower gardens.

River Stone Estate Winery is steadily moving toward full production and the wines are racking up a string of awards that confirm the quality of the vineyards and Ted’s deep and abiding care in guiding the grapes’ transformation to wine. 2010 Cornerstone, a Bordeaux blend of Merlot, Cab Sauv and Cab Franc, was aged for 14 months in French oak. It is a supple, luscious wine that has remarkable depth and complexity. It won a Silver Award in the 2012 Savor Northwest Wine Awards. The 2012 Pinot Gris was a Double Gold medal winner in last year’s All Canadian Wine Championships. My comment after a first sip was that it is exactly what I am looking for in a Pinot Gris—oodles of fruit and a mouth-pleasing body with just the right amount of acidity.

For proof that Ted and Lorraine Kane are the right folks in the right place, one need look no further than the labels on their wines. Elegant, distinct and startlingly simple, they feature an eye-catching red illustration of a man poling a leaf-shaped raft on a river, accompanied by his golden retriever. The Kanes put out a call for submissions on a crowd-sourcing web site and got responses from graphic artists the world over. One particularly impressed, and they asked for some changes that resulted in one of the loveliest labels to be found on a wine store shelf.

For enthusiasts of small wine producers, River Stone Estate Winery is the real deal. I highly recommend a visit.