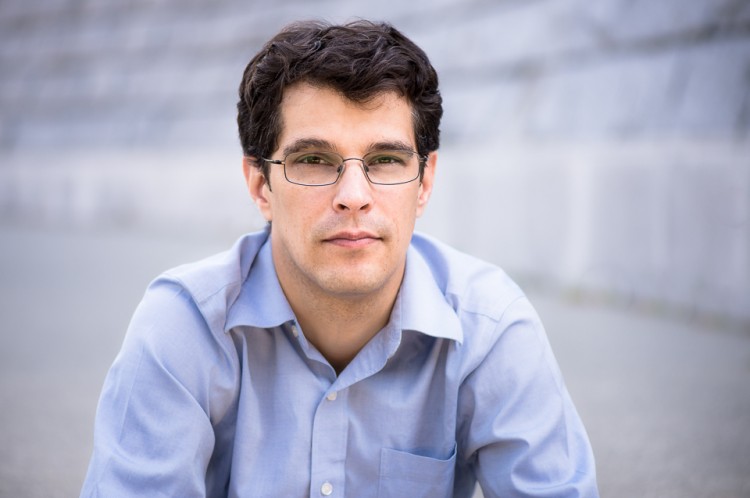 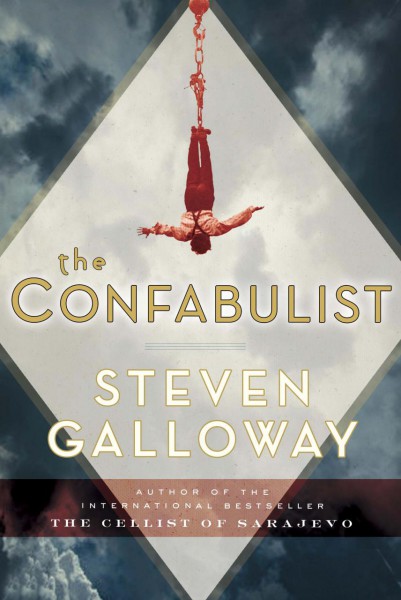 The Chan Centre for the Performing Arts at the University of British Columbia (UBC) presents celebrated Canadian author Steven Galloway (The Cellist of Sarajevo) with master magician David Gifford on February 26, 2015 at 7:30pm, as part of the Beyond Words series at the Telus Studio Theatre. A new twist on the popular literary series’ mandate to “ignite conversation” through words and performance, this original collaboration weaves readings from Galloway’s latest acclaimed novel The Confabulist – a beautiful, suspense-filled tale about the life and sudden death of turn-of-the-century magician and stunt performer Harry Houdini – with astounding live illusions presented by Gifford.

Programmed as a fun and unusual event – “it’s neither a reading nor a magic show but a hybrid of the two,” notes Chan Centre Programming Manager, Wendy Atkinson. “Our hope is that while the audience observes the magic tricks performed in front of their own eyes that they will delve deeper into some of the themes that gracefully unfold in Steven’s book such as the limitations of memory, reality versus imagination, and the scam of spiritualism in the early 20th century. The evening should leave them asking questions such as: Can I trust my memory? What is true and what is make believe? And how is it that we come to be fooled?”

The Confabulist explores the life, loves, and murder of the world’s greatest magician, Harry Houdini, with the story of the person who killed him (twice): Martin Strauss, an everyday man whose fate was tied to the magician’s in unforeseen ways. A cast of memorable characters spins around Houdini’s celebrity-driven life, as they did in his time: from the Romanov family soon to be assassinated to the powerful heads of Scotland Yard, and the Spiritualists who would use whomever they could to establish their religion.

Vancouver-born and Kamloops-raised Steven Galloway has authored four riveting novels, most recently The Confabulist. His previous novel, The Cellist of Sarajevo, an international bestseller, was deemed “the work of an expert” by The Guardian. He has won the Borders Original Voice Award, the Ontario Library Association Evergreen Award, and the George Ryga Award for Social Awareness in Literature. Published in more than 30 countries, he has been nominated for such prestigious honours as the international IMPAC Dublin Literary Award, the Scotiabank Giller Prize, the Richard & Judy ‘Book of the Year’ Award, the Ethel Wilson Fiction Prize, and the Canadian Bestseller Association Fiction Award. Galloway is currently an Associate Professor and Acting Chair of the UBC Creative Writing Program.

David Gifford is renowned for his musically-accompanied magic performances that appeal to audiences ranging from the enthusiastic and curious to the sceptical. Gifford is a visual art educator at the University of Victoria and is also a Canada Council for the Arts award recipient and co-founder of the Ministry of Casual Living artist-run centre.

About Beyond Words
The Chan Centre’s Beyond Words series was launched in 2012 to explore the power of words in performance as an agent of change and means of igniting conversation. Previous events have focused on literature and poetry, including sold-out engagements by John K. Samson, Shane Koyczan, and Ivan Coyote. Most recently, the series paired environmental activist Severn Cullis-Suzuki with live performance by Inuit throat singer and 2014 Polaris Prize winner, Tanya Tagaq, for two sold-out shows.

About the Chan Centre for Performing Arts at UBC (www.chancentre.com)
Since 1997, the Chan Centre for the Performing Arts at UBC has earned an international reputation for its striking design, stellar acoustics, and exceptional programming. Artists, critics, and patrons alike are unanimous in their praise of the facility, winning it a place among North America’s premier performing arts venues. The Chan Centre boasts three unique venues: the superb Chan Shun Concert Hall, the dramatic Telus Studio Theatre, and the intimate Royal Bank Cinema. From classical, jazz, theatre, and opera to world music, the Chan Centre is a vital part of UBC campus life – a place where the artistic and academic disciplines integrate with one another to inspire new perspectives on life and culture. Past performers and guest speakers include: Yo-Yo Ma, His Holiness the Dalai Lama, Renée Fleming, Wynton Marsalis, Sigur Rós, Mavis Staples, and Hugh Masekela. 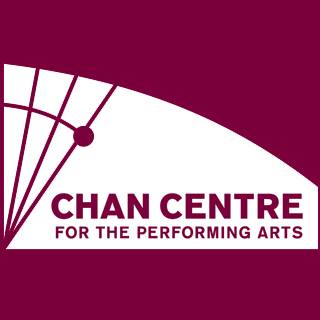