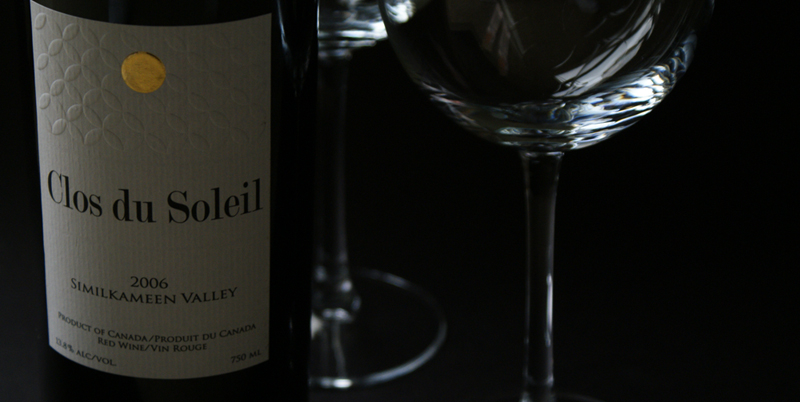 The boutique ultra-premium Similkameen Valley based Clos du Soleil Winery was thrilled to be selected as the sole BC wine sponsor for events surrounding the official reopening of Canada House today by Her Majesty Queen Elizabeth.

“An absolute honour”, said winery Founder Spencer Massie from London, “my fellow Director’s Winemaker Mike Clark, Les LeQuelenec, Peter Lee and our closely knit team of partners and staff are elated that we are here and able to showcase what Canada, BC specifically, can do. It’s an exciting time for the Canadian Wine Industry – we are crafting top world class wines – and on the cusp of them being acknowledged as such internationally.”

Clos du Soleil Winery is based in the Similkameen Valley, billed as the Organic Farming Capital of Canada – a small appellation adjacent to the better known Okanagan Valley.

The wine presented was their flagship white 2013 Capella, a classic old world style blend of Sauvignon Blanc and Semillon, barrel fermented in very small lots. It was previously declared the Best White Wine overall at the 2011 BC Wine Awards and a fitting milestone for this highly focused artisan winery with limited production and a tight portfolio of wines displaying “Old World Elegance . . . New World Edge”.

“I am delighted that so many leading Canadian firms were eager to participate in helping us to celebrate the Official Opening of Canada House on Trafalgar Square in true Canadian style. I would like to personally thank Clos du Soleil Winery for their generosity. They have indeed brought some of Canada’s finest to the very heart of London.”

For the first time in more than 50 years, the revitalized Canada House brings together all Canadian high commission staff under one roof. The project to return Canada House to its former glory and connect it to the adjacent building on Cockspur Street emphasizes the key historic links between Canada and the United Kingdom.

The revitalized Canada House serves as a showcase for Canadian art and design and features more than 300 pieces, among them works by Emily Carr, Arthur Lismer—a member of the original Group of Seven—and Gordon Smith, another renowned Canadian painter, as well as photographs by Edward Burtynsky and sculptures by Gathie Falk and Joe Fafard, among many others.

The High Commission of Canada in the United Kingdom is one of Canada’s largest overseas missions, offering a range of services including consular support, trade promotion, foreign policy and diplomatic services, the Canadian Defence Liaison Staff, and immigration and visa processing.

Clos du Soleil Winery acknowledges support from Agriculture and Agri-Food Canada and the BC Ministry of Agriculture through the BC Agrifoods Exports Program under Growing Forward 2, a federal-provincial-territorial initiative. The program is delivered by the Investment Agriculture Foundation of BC.

1823-1827— Sir Robert Smirke, who designed the British Museum, designed two buildings behind one common façade looking out over Trafalgar Square. The two building were constructed to house the Union Club and the Royal College of Physicians.

July 1923—Canada purchased the Union Club side of the building, located in the heart of what was then known as “Little Canada,” to house all of its high commission activities in the United Kingdom.

June 29, 1925—King George V and Queen Mary officially opened Canada House and were presented with a set of keys minted in Canadian gold, silver and nickel.

July 1, 1927—The cornerstone was laid for the adjacent Sun Life Assurance Company of Canada building, located at 2-4 Cockspur Street.

1963—Canada purchased the Royal College of Physicians side of the building for use by the High Commission for its public events. Much of the High Commission’s administrative business moved to a second location in Grosvenor Square, which Canada named Macdonald House.

1993—Canada considered selling Canada House in light of the need for extensive repairs to the building, but the decision was made to revitalize it instead.

May 1998—Her Majesty Queen Elizabeth reopened a restored Canada House.

November 2012—Canada purchased the adjacent building on Cockspur Street, and planning began to unite the buildings into the new revitalized Canada House.

November 2013—The administrative premises of the High Commission of Canada in the United Kingdom, located in Grosvenor Square, were sold for £306 million.