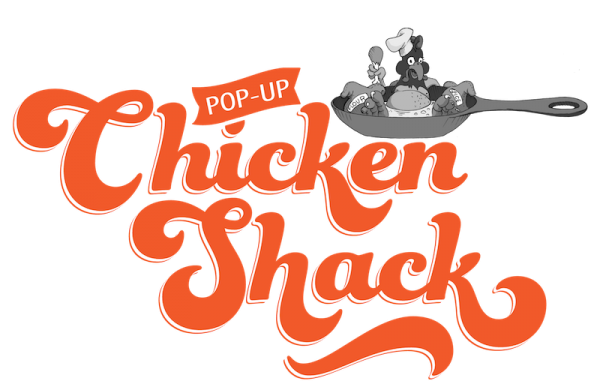 During it’s first go-around the Chicken Shack pop-up fried chicken joint satisfied many Southern and Soul food cravings and, after two long years of waiting, it’s coming back on for four more days of great eats. The next version of Chicken Shack will be held from March 5th-8th at 337 East Hastings and will feature two fried chicken options and authentic sides along with adult drinks to quench big thirsts.

The Chicken Shack will serve up Original and Korean BBQ fried chicken made with unmedicated, locally-sourced birds which are brined for at least 12 hours then skillet fried; the way it’s supposed to be done.

The original buttermilk fried chicken recipe gained fame and fans at Two Chefs and a Table where the Roscoe’s-inspired Chicken and Waffles were eaten and loved by Vancouver diners. The Korean BBQ is a variation on Big Lou’s Butcher Shop’s popular Bulgogi marinade, adding some of the Asian BBQ flavours which now inspire modern Southern cuisine to the pop-up menu.

The Chicken Shack will be offering dinner service each evening with a simple plan of chicken, side and drinks on offer. Wash it down with beer, wine or a Southern Spiked Sweet Tea then come back the next time for more.

Reservations are strongly recommended and can be made by emailing xtina@nullgringogastown.com. Guests are asked to bring old-fashioned money along with their appetite as sales will be cash only for this special four day pop up.