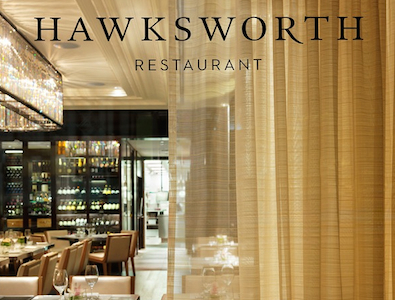 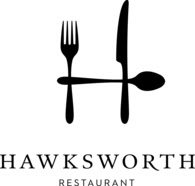 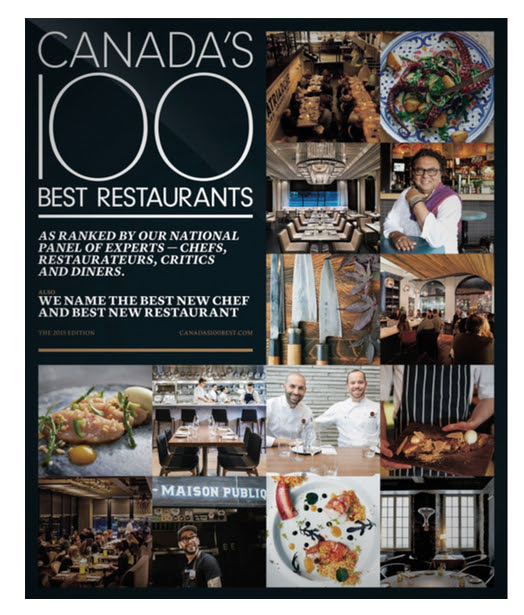 An esteemed national panel of judges has named Hawksworth Restaurant as number two in Canada’s 100 Best Restaurants. Seventy culinary experts from across the nation were chosen and asked to submit a list of who they considered to be the 10 best restaurants in the country for the publication. Montreal’s Toqué! came out on top followed by Vancouver’s Hawksworth Restaurant with Buca in Toronto placing third.
Editor of Canada’s 100 Best Restaurants, Jacob Richler, describes this new publication and top 100 list as “an indispensable tool for anyone genuinely interested in dining out in Canada in an informed way”.
“Our incredible staff are the anchor to the continued success of Hawksworth Restaurant as well as the creativity and technical expertise of Chef Hawksworth and his culinary team”, says General Manager Chad Clark. “We are honoured to be joined on the list by thirteen other Vancouver restaurants including our friends at Vij’s, L’Abbattoir, Maenam and Chambar all of whom are helping to solidify the high caliber of excellence that exists in Canadian kitchens ”.
Chef David Hawksworth was described by Canada’s 100 Best as possessing a “culinary style that was all his own: more multi-ethnic, more colourful, more quirky – and while still robust in flavour, fair less rich”. The restaurant as “modern and stylish, and like the menu, has something for everyone…the wine list deep, with an extensive selection of offerings by the glass”.
To formulate the standings, each judge was asked to list their choices in preference of establishments from first to tenth place. From those votes, Canada’s 100 Best Restaurants arrived at a national scorecard, which translated into the rankings seen in the publication. The consortium of judges included Mark McEwan, David Lee, Anthony Walsh, Rob Feenie, Justin Leboe, Lynn Crawford and many more esteemed chefs, food writers, restaurateurs and well-known figures of the Canadian culinary world.
Website: www.hawksworthrestaurant.com

About Hawksworth Restaurant:
Located in the heart of downtown Vancouver Hawksworth Restaurant embraces contemporary Canadian cuisine with a goal of setting forth a culinary legacy rooted in regional produce that celebrates the cultural diversity of Vancouver. Three-time winner of Vancouver Magazine Restaurant Award’s Best Upscale Restaurant, Hawksworth Restaurant is grown up and glamorous, yet relaxed and welcoming, ready to deliver an array of memorable dining experiences. Approachable menus reflect seasonality and spontaneity, whilst demonstrating the highly skilled technique and relentless drive for perfection that has become Hawksworth’s trademark. Three distinctive rooms, including Hawksworth Cocktail Bar are complemented by two elegant private spaces, designed to reflect the vibrancy, creativity and quality of the cuisine.
Open daily for breakfast, lunch and dinner telephone: 604.673.7000 for reservations or visit www.hawksworthresaturant.com