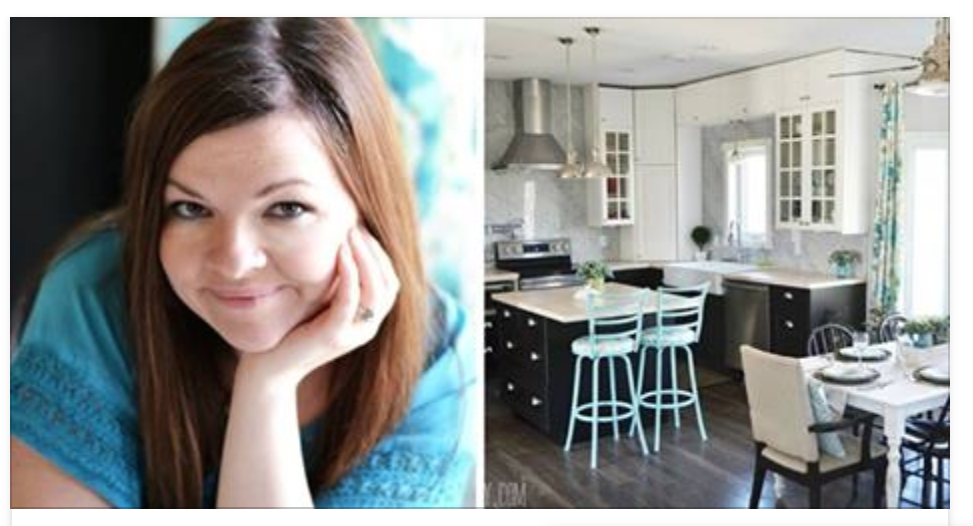 Christina Dennis of Stony Plain, Alberta wins opportunity to speak at this fall’s home and design shows in Vancouver, Calgary and Edmonton

The search is over! Marketplace Events, in partnership with Urban Barn and Western Living magazine, is thrilled to announce Christina Dennis, founder of The DIY Mommy, as the winner of Western Canada’s Next Home Stylist. Dennis will speak on the Main Stage at the Calgary Home + Design Show on Saturday, September 19th at 5:30PM, the Vancouver Home + Design Show on Friday, October 23rd at 1:00PM and the Edmonton Fall Home Show on Saturday, October 24 at 4:00PM and Sunday, October 25th at 12:00PM. Dennis will also partner with Urban Barn to style a series of swoon-worthy “Look Book” vignettes featuring Urban Barn’s fall trends, to be exhibited at all three shows.

“I’m thrilled to win the title of Western Canada’s Next Home Stylist, and I’m thankful for my dedicated readers and supporters,” said Dennis, founder of The DIY Mommy. “I look forward to sharing my do-it-yourself ideas and simple home decor tricks at this fall’s home and design shows throughout Western Canada.”

Dennis is a mother of three from Stony Plain, AB, and has been blogging since 2009. In 2014, she won the “Best in Family or Parenting” Yeggie at the Edmonton New Media Awards and in 2015, she was named one of the “24 Most Awesome Parents on Social Media” by Today’s Parent Magazine. Dennis founded The DIY Mommy as a platform to explore and share crafts for babies, moms and homes while offering a sneak peek at her personal life – not to mention the DIY house she built with her husband in 2013.

The search for Western Canada’s Next Home Stylist began this past February, with each entrant submitting an audition video to showcase their creativity and personality. From there, three finalists were selected, including Dennis, Ryan Massel of Calgary, AB, and Tijana Popovic of Vancouver, BC.

“We were absolutely blown away by all three finalists vying for the title of Western Canada’s Next Home Stylist,” explained Jill Kivett, regional director for Marketplace Events. “The competition was a true testament to the multitude of undiscovered talent in this country, and Dennis should be incredibly proud of her achievement. We can’t wait to have her appear at Western Canada’s home and design shows this fall!”

The finalists participated in three sequential challenges with the hopes of winning a grand prize package valued at $10,000, including a $1,000 Urban Barn shopping spree, media exposure across two provinces and the opportunity to appear on-stage at this fall’s home and design shows in Calgary, Vancouver and Edmonton. The public voted for their favourite choice on Marketplace Events’ Facebook Page from June 4 to August 7, 2015.

Visitors can catch Dennis in person, along with a roster of the country’s top talent and hundreds of local vendors and national exhibitors alike at the Calgary Home + Design Show (September 17-20, 2015 at the BMO Centre), the Vancouver Home + Design Show (October 22-25, 2015 at Vancouver Convention Centre West) and the Edmonton Fall Home Show (October 23-25, 2015 at the Edmonton Expo Centre).

About The Vancouver Home + Design Show: The Vancouver Home + Design Show has been a staple in consumers’ calendars since 1983, attracting more than 35,000 qualified visitors every fall. Produced by Marketplace Events, the show features high-interest exhibits, high-profile industry personalities and the latest home and lifestyle trends. Marketplace Events produces 39 events in 21 markets that collectively attract 1.5 million attendees and another 1.7 million unique web visitors annually.

About Marketplace Events: Marketplace Events creates vibrant expositions connecting enthusiasts with experts, products and services in dynamic face-to-face environments.  The company produces 43 events annually including: 27 consumer home shows in the US;  11 in Canada;  three Casa Latina Home Expos for the Hispanic market, acquired in August 2014; one Holiday Boutique in Kansas City; and  the country’s premier trade and consumer show for the motorcycle industry, the American International Motorcycle Expo (AIMExpo), which has become a Top 50 Trade Show in just two years.  The 43 combined events attract 15,000 exhibitors, 1.5 million attendees and another 1.7 million unique web visitors annually. From 14 offices, the 110-person staff produces some of the most successful and longest-running shows in North America, including market-leading home shows in Montreal, Vancouver, Calgary, Minneapolis, Philadelphia and Orlando–some of which have thrived in their markets for more than 75 years. www.marketplaceevents.com