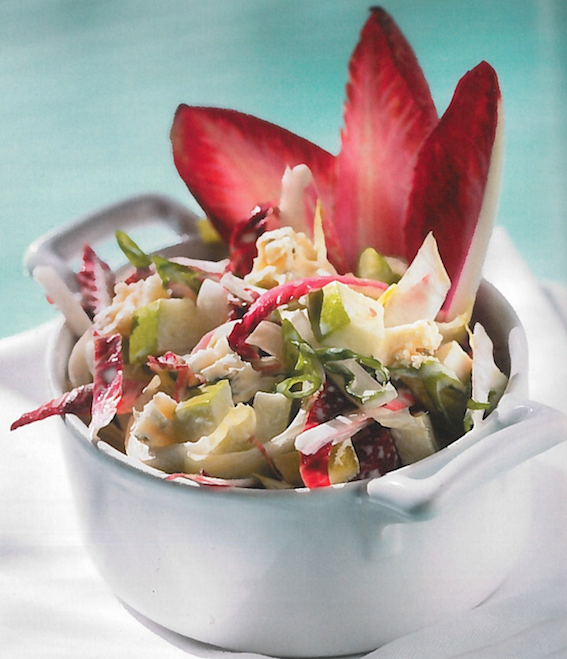 Rob Feenie is one of Vancouver’s iconic chefs and there is no question that he has brought a lot of talent to the Cactus Club team.

His Blue Cheese and Apple Coleslaw recipe this week initially presents a few conflicting challenges. Blue cheese immediately makes me think of something sweet, while the apple and salad ingredients take me in the direction of something light and dry such as a riesling, an unoaked chardonnay or sauvignon blanc.

The key here is the rich, creamy, strongly flavoured blue cheese. It is going to be the dominant flavour in this salad so we are going to go with a sweeter wine (trust me). It will also need enough acidity to handle the fat in the cheese, mayo and sour cream. Some possibilities include a German Auslese Riesling, a Canadian Riesling Ice Wine, a Chilean Late Harvest Sauvignon Blanc, Hungarian Tokay, a White Port (yes there is such a thing) or perhaps even an Italian Vin Santo. The riesling wines would have the added benefit of complimenting the apple in the coleslaw. Now that would make for a delicious bite. 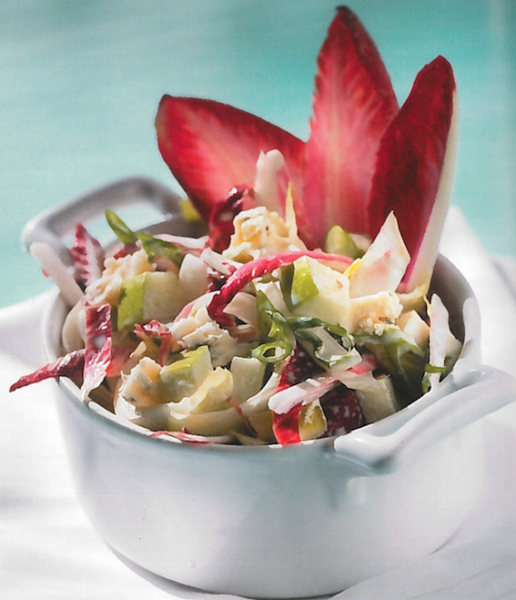 Mix together mayonnaise and sour cream in a large bowl. 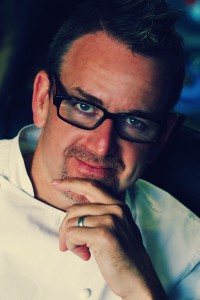 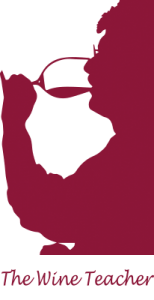