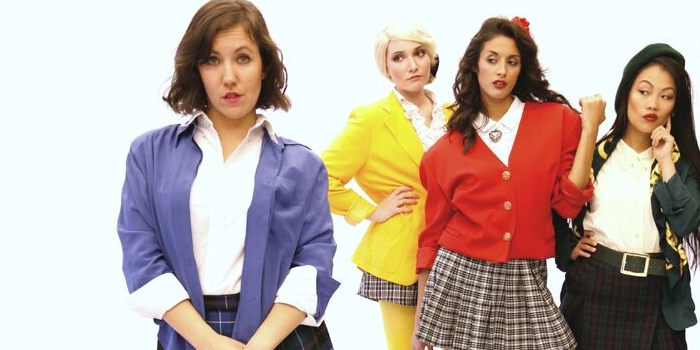 HEATHERS THE MUSICAL ARRIVES IN CANADA IN JANUARY 2016

Gently with a Chainsaw Artists’ Collective brings this outrageous musical based on the 1988 cult film  which was written by Daniel Waters, and starred Winona Ryder and Christian Slater, to Canada. Adapted by Kevin Murphy and Laurence O’Keefe, Heathers The Musical will run at the York Theatre in Vancouver January 6th to 17th, 2016. Heathers The Musical is a shockingly funny, heartfelt, homicidal show directed by David C. Jones. Equal parts social commentary and psycho thriller, Heathers the Musical is guilt-free mayhem.  Director David C. Jones has assembled a diverse cast of established talent and fresh new voices from Vancouver’s performing arts community.

“When I was an elected member of Canadian Actors Equity I learned about the importance of theatre to reflect the cultural make-up of the city it is in,” admits director David C. Jones. “Theatre has the ability to transform audiences but if they do not see themselves reflected how can they connect? I became a strong advocate of fair representational casting practices. When we announced auditions I was determined that we get the cast that reflected the city of Vancouver which currently sits at 52% non-Caucasian. It just seems right, it just seems fair and it just seems important.”

‘Tis the Season to CELEBRATE!