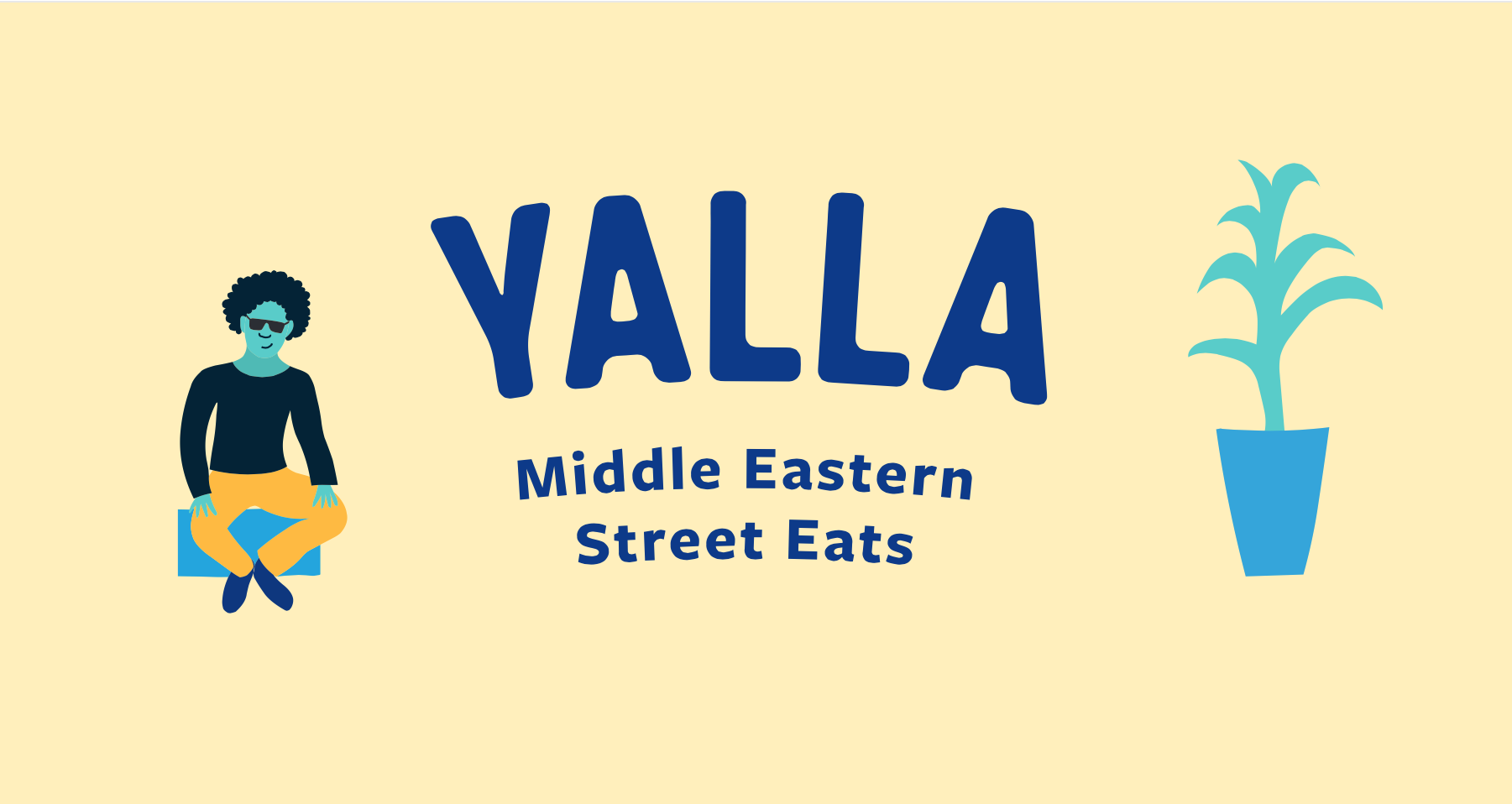 Inspired by the street food and cafés of Israel and the West Bank, Yalla brings the flavours of the Middle East to Victoria.

Located at 1011 Blanchard Street, Yalla serves fresh, homemade falafel, hummus, and shawarma with counter service in their bijou dining area or quick take-out. (After all, Yalla means Let’s go! in both Hebrew and Arabic.)

Launched by the husband-and-wife team of Joel Pollock and Pam Smith, Yalla is a fond remembrance of the couple’s travels through the Levant and the culinary discoveries made there. Traditional dishes such as falafel, shawarma and hummus form the base of Yalla’s Middle Eastern offerings, with flourishes of locally grown and sourced ingredients such as the greens that complement grilled halloumi in the Halloumi Kale Salad.

“But it all started with a bangin’ falafel recipe inspired by a one-man Falafel shop in Haifa with a delicately spiced Yemeni Zhoug sauce and Amba pickled mango sauce,” says Pollock. “From there, it was the logical next step to find just the right hummus.”

“That led us to Ben Sira,” adds Smith. “Among the locals in Jerusalem it’s arguably the finest Hummus in the city. We created a similar, light and creamy, rich, seasoned, citrusy version ourselves made with a time-honoured trick to keep the garlic from overpowering the dip or the house-made pickle accompaniment.”

“In Tel Aviv, we were introduced to Hawai’j spice blend after striking up a conversation with a spice monger in the Carmel market,” says Pollock. “It’s absolutely amazing on hot Kennebec fries with our preserved lemon and mint yogurt dip. And, our favourite item on the menu, the Limonana minty lemon slushie, came from a stop on the shores of the Dead Sea in the West Bank.”

“We’re still not sure if was the heat the dehydration, the location, the view, or all of it combined that made it the best slushie we’d ever had,” Smith adds. “But we knew we wanted to bring it home with us.”

Yalla draws from the rich, full flavours and lively characters of the bustling street vendor and café culture of Israel and the West Bank. Yalla combines locally sourced ingredients and ancient techniques to create a genuine impression of the Middle East in downtown Victoria.