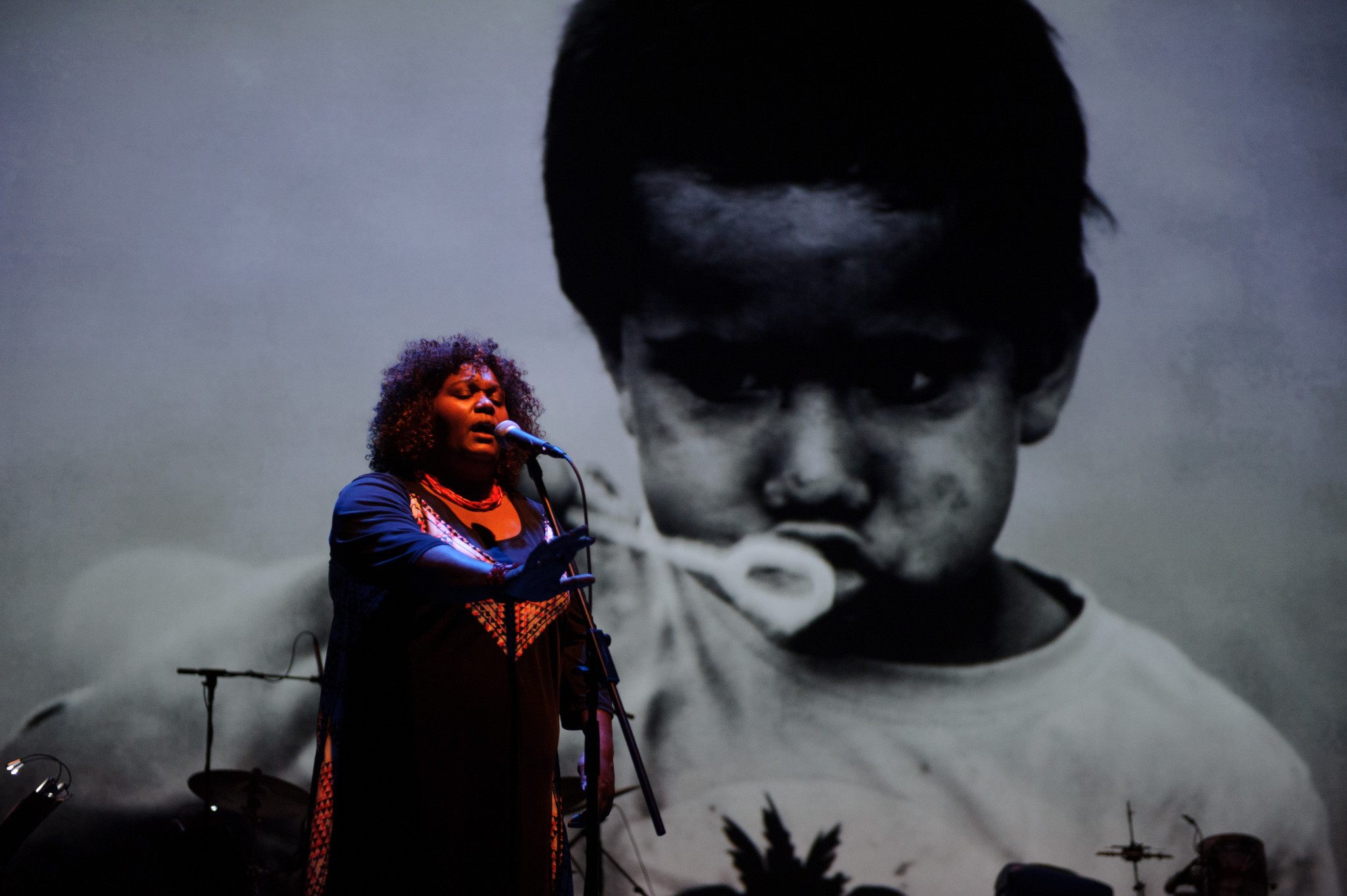 “Four years ago, I witnessed dirtsong and was profoundly moved by the work’s sublime artistry and its message of resilience, hope and understanding,” says Norman Armour, Artistic & Executive Director of the PuSh International Performing Arts Festival. “Australia’s history marred by the displacement of Indigenous communities from their ancestral territories runs parallel to Canada’s own past. As we approach 150 years as a nation, I believe celebrating the enduring, deep-seated cultures of our overseas peers can empower us further along our own path to reconciliation.”

dirtsong was commissioned for Australia’s Truth and Reconciliation Hearings process and is so named to honour the bond between Indigenous peoples and the very soil they call home. With driving percussion, didgeridoo virtuosity, and soulful vocals, audiences will hear 11 Indigenous dialects – some virtually extinct – as they embark on a musical journey through the heartland of Australia. Sharing five narrative episodes based on the writings of Aboriginal author Alexis Wright, the performers are accompanied by striking cinematography that will conjure places, memories, and encounters, as well as moments of community and natural wonder.

Members of Black Arm Band offer a vocal workshop focusing on the significant songs from their signature production, dirtsong, and the Indigenous languages in which they’re sung. It explores heritage, personal journey and connection to land by mapping out the significance of these languages to the company and Australia. No prerequisites required. Admission by application only at pushfestival.ca

Coastal Jazz and Blues Society was founded in 1985 and incorporated in 1986, as a community based, not-for-profit, charitable arts organization located in Vancouver, British Columbia. The society, from the very beginning, has worked diligently to establish Vancouver as a centre for the creation and exchange of sounds and ideas between the local, national and international music communities.

Our mission is to not only increase the appreciation of the music, but to strengthen the arts community by developing special projects, artistic exchanges, partnerships, educational initiatives, community programs, and collaborations that further the art form. Our vision encompasses a wide spectrum of jazz, blues, world, creative, and improvised music, including evolving forms of jazz and the technologies and media that influence jazz as an art form.