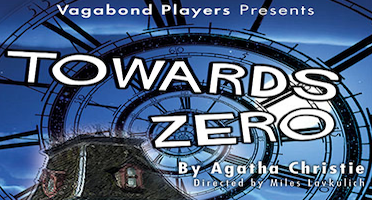 Romance, drama and intrigue galore in this gripping murder mystery from the Queen of Crime Agatha Christie!

An intriguing play by the incomparable Agatha Christie, Towards Zero begins when the frail and elderly Lady Tressilian invites several guests into her seaside home at Gull’s Point. The house party turns sour when tennis star, Neville Strange, brings his new wife along, knowing that his ex-wife will also be present. Then events take a sinister turn as Lady Tressilian is killed, and Superintendent Battle, who is holidaying nearby, finds himself embroiled in a labyrinthine maze of clues and deception.

Diane Tzingounakis plays Lady Tressilian, the doyenne of the household, and Robson Baker is Neville Strange, her famous sports star nephew.   Madeleine Halbauer and Alexandra Wilson take the roles of Kay and Audrey, the two wives whose rivalry creates so much of the tension during the ill-fated weekend, and Alex Ross and Shawn Hillman play Thomas Royde and Ted Latimer, the two men who care for the unhappy women in spite of their seemingly unbreakable bond with Neville Strange. Peter Robbins and Sheldon Landry play Superintendent Battle and his nephew, Inspector Leach, and the cast is rounded out by Deborah Tom as the lawyer, Mattie Treves, and Abbey St. Brendan as Mary Aldin, Lady Tressilian’s devoted companion. Directed by Miles Lavkulich, Towards Zero is a must for mystery lovers and Agatha Christie fans! 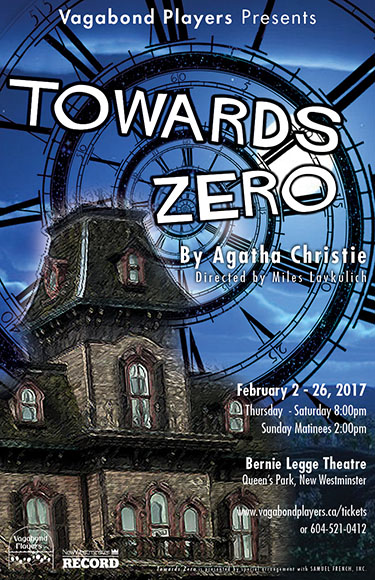 Purchase your tickets at www.vagabondplayers.ca/tickets or