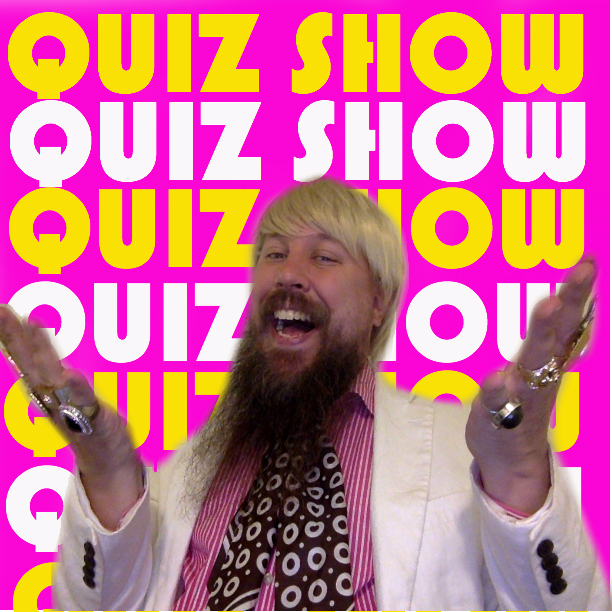 SATURDAY, SEPTEMBER 9 AT THE FOX CABARET AT 8:00pm

One of Canada’s comedic treasures, Graham Clark, and co-producer Chris Bentzen are pleased to announce the return of “The Quiz Show” on Saturday, September 9 at The Fox Cabaret at 8:00pm.

A live hybrid of American game show and British panel show, “The Quiz Show” grew from Clark’s love of game shows, and originally debuted in 2016 at the now defunct Hot Art Wet City. “The Quiz Show” has grown from a spoof on segments from game shows past into all original segments, and features local comedians as contestants doing their best to make audience members laugh – and win prizes, of course!

As the host of “The Quiz Show”, Graham “Sparky” Clark says, “What’s more fun than being in the audience at Quiz Show? A party at Elton John’s probably…but this is something YOU are invited to!”

In addition to the September 9 performance, “The Quiz Show” will continue to entertain Vancouverites on a monthly basis at its new home, The Fox Cabaret. Come on down!

Graham Clark resides in Vancouver, BC. He is a 3-time Canadian Comedy Award winner and co-host of Maximum Fun’s Stop Podcasting Yourself. Clark is a regular on CBC’s The Debaters and has appeared at Just for Laughs, Halifax Comedy Festival, Winnipeg Comedy Festival (where he won best stand up in 2016), and the Edinburgh Fringe Festival. He is a winner of the Yuk Yuks “Great Canadian Laugh Off” and has appeared on HBO’s Funny As Hell. He has filmed his own hour-long Comedy Now special for CTV. Graham is also the creator of beardpaintings.com, where he sells paintings made using his beard as a paintbrush, and donates the proceeds to charity. www.grahamclark.com