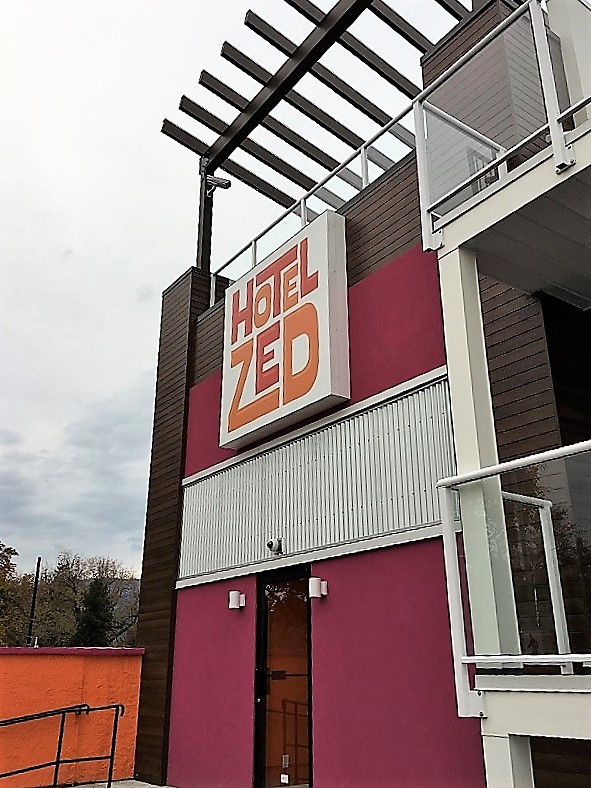 A staycation eases any stress of long distance travel and makes you appreciate your area through the eyes of a visitor. Recently, we had one such opportunity in Kelowna when I received an invitation to check out MTL’s Supper Club dinner and a stay at Hotel Zed.

To make it a truly Canadian experience, “eh”, we decided to juxtaposition the decadence with some physical activity. Golf was winding down so we jumped at the chance to get a quick round in at Kelowna’s Mission Creek Golf Club to earn our calories. After a pleasant round, we headed to Hotel Zed to check in and park the car for the rest of our adventures.

There was little doubt as we drove into the brightly decorated Hotel Zed Kelowna that we were in for a unique lodging experience. Just as Mandy Farmer, President/CEO of Accent Inns had arranged to do previously in Victoria, a former motel has been creatively renovated to nail a funky retro look while providing modern conveniences. Amid bold colours, you’ll find throwback objects of art such as record players, typewriters and comic books. Where else would you find a mini disco, ping pong lounge with Wii station and ’61 Chevrolet Greenbrier shuttle van?


Other super amenities include free WiFi that has a strong signal and is part of an in-room “media hub” with a 43” LED television; complimentary coffee; heated outdoor pool, hot tub and sauna; plus, the availability of bikes and roller skates for free rental. Choose your view from one of six public balconies overlooking the pool area, City Park, Okanagan Lake, and downtown Kelowna. One is a huge roof-top setting with a fire pit. If you want to bring your pet, be sure to secure the animal loving feature because there’s high demand for these pet designated rooms. For current rates on these and all the Hotel Zed rooms, see www.hotelzed.com.
Our room was cozy and bright and it was fun to use a dial telephone once again. Most importantly, the bed was comfortable and the entire space was squeaky clean.
Happy to park our car and stroll around to appreciate Kelowna’s downtown revitalization, we shopped at fun boutiques like Lakehouse Home Store and browsed through the great collection at Mosaic Books. We popped into Okanagan Spirits Kelowna outlet to stock up on its extensive product line of craft liquors which we later enjoyed in some of the craft cocktails at mouthwatering West Coast Grill + Oyster Bar and The Cache Lounge in Prestige Beach House.
Given we had worked up an appetite and the MTL Supper Club dinner was a 7:30 pm sitting, we slipped into Salted Brick for a happy hour of oysters procured from the incomparable Codfathers Seafood Market and sipped the day’s featured BC craft ale from Four Winds Brewery. Kelowna’s downtown offers so many delectable options for dining, the toughest part is selecting which one.
While I wouldn’t recommend it for everyone, we walked the 3.3 km distance from Hotel Zed to MTL. Despite the route is all on level ground, the distance was long enough to build up our appetite for our staycation’s main event and to check out what’s new along that portion of Harvey Avenue. 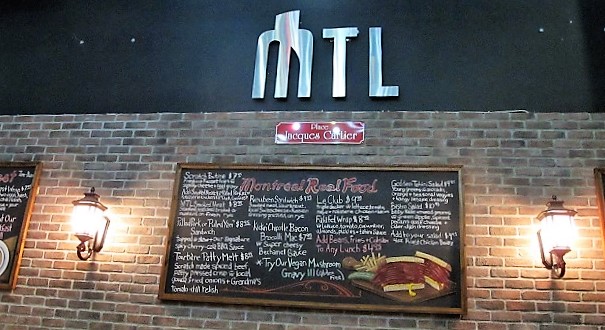 If you have a chance to snap up seats at one of MTL’s events such as its Supper Club, Chef’s Table, Live at MTL, or frankly, whenever it’s opened, I highly recommend it. See http://mtlrealfood.com/ Chef/Owner Mathew Morazain and the whole team are rocking it as they honour the Okanagan’s bounty while uniting it with Chef’s Quebecois roots.

This award-winning chef embarked on his culinary journey in 1999 at Toronto’s Rosewater Supper Club as he simultaneously achieved George Brown College’s Culinary Management Diploma. In Ottawa, he started his own “Marie Antoinette Catering” company and later was executive chef at Fresco Cielo and assisted in the design and launch of Dell Computer’s food services in Kanata.

If his name rings a bell for you in the Okanagan, it could be from the three seasons he served as Chef de Cuisine at Old Vines Restaurant at Quails’ Gate Winery, his seven-year stint as UBCO Food Services’ Culinary Director, or his role as a BCVQA assessor.

We attended MTL’s Supper Club “Trick/Treat”, October 29. It was a four-course dinner paired with wines highlighting obscure and amazing BC grapes and featured live music by Tony Koenen. Even now as I write about our evening, I find myself salivating from the memory of this magnificent meal. For each course, Chef Morazain spoke to where the food was sourced, its preparation and his rationale for the wine pairing. He also took the time to introduce suppliers Tina and Ralph Gerlitsch of Avenue M Microgreens.

I hadn’t been entertained by Tony Koenen before and certainly will be looking to attend his live events again. I was impressed by how well it was orchestrated between him and the kitchen to provide just the right level of focus during and between the meal courses. At one point, Koenen invited Chef’s wife Amanda to join him to highlight her velvety voice. Truly a multi-talented team at MTL!

MTL Supper Club: Trick/Treat Menu
Yes, the meal tasted as good as it looks so I’ll let the pictures do the talking. The wine pairings were spot on and have had me seeking out more from each of the featured wineries. 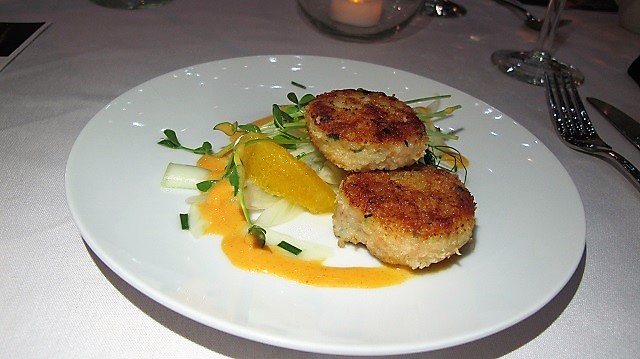 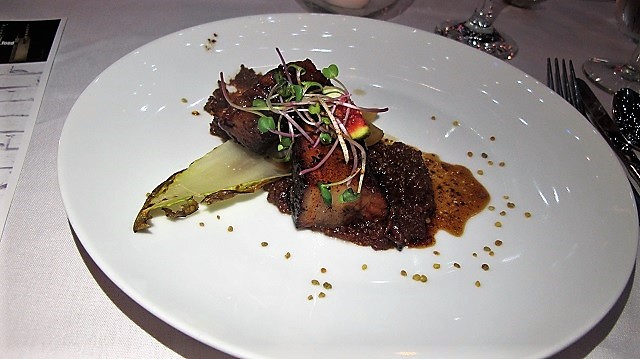 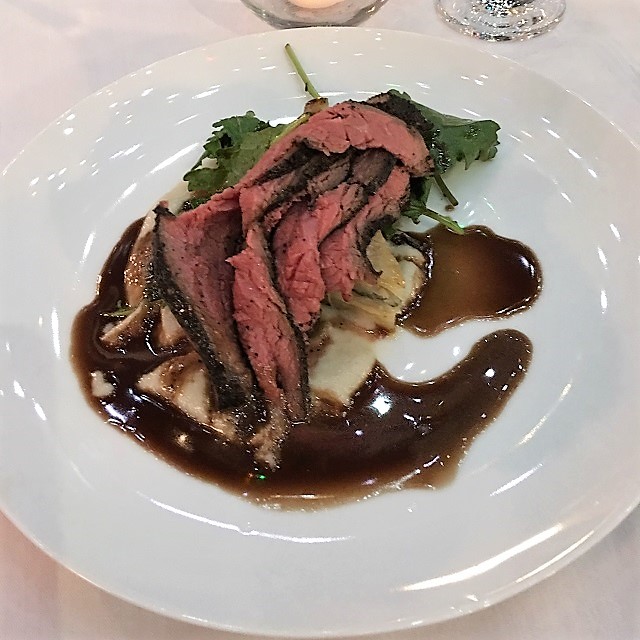 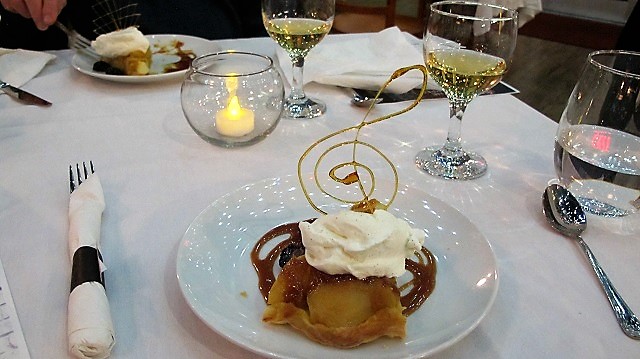 We tamed one more culinary craving by dropping into Oak + Cru at the Delta Grand Okanagan for breakfast before heading home to Penticton. With huge windows overlooking its outdoor patio, Okanagan Lake and the park, it’s a perfect setting to savour such delicacies as eggs benny or breakfast pizza.

Note: Special thanks to MTL and Hotel Zed for hosting me. It was a premiere Canadian “eh to Zed” experience. There’s no doubt I’ll book a room again on another staycation in Kelowna or trip to Victoria.
– Roslyne Buchanan