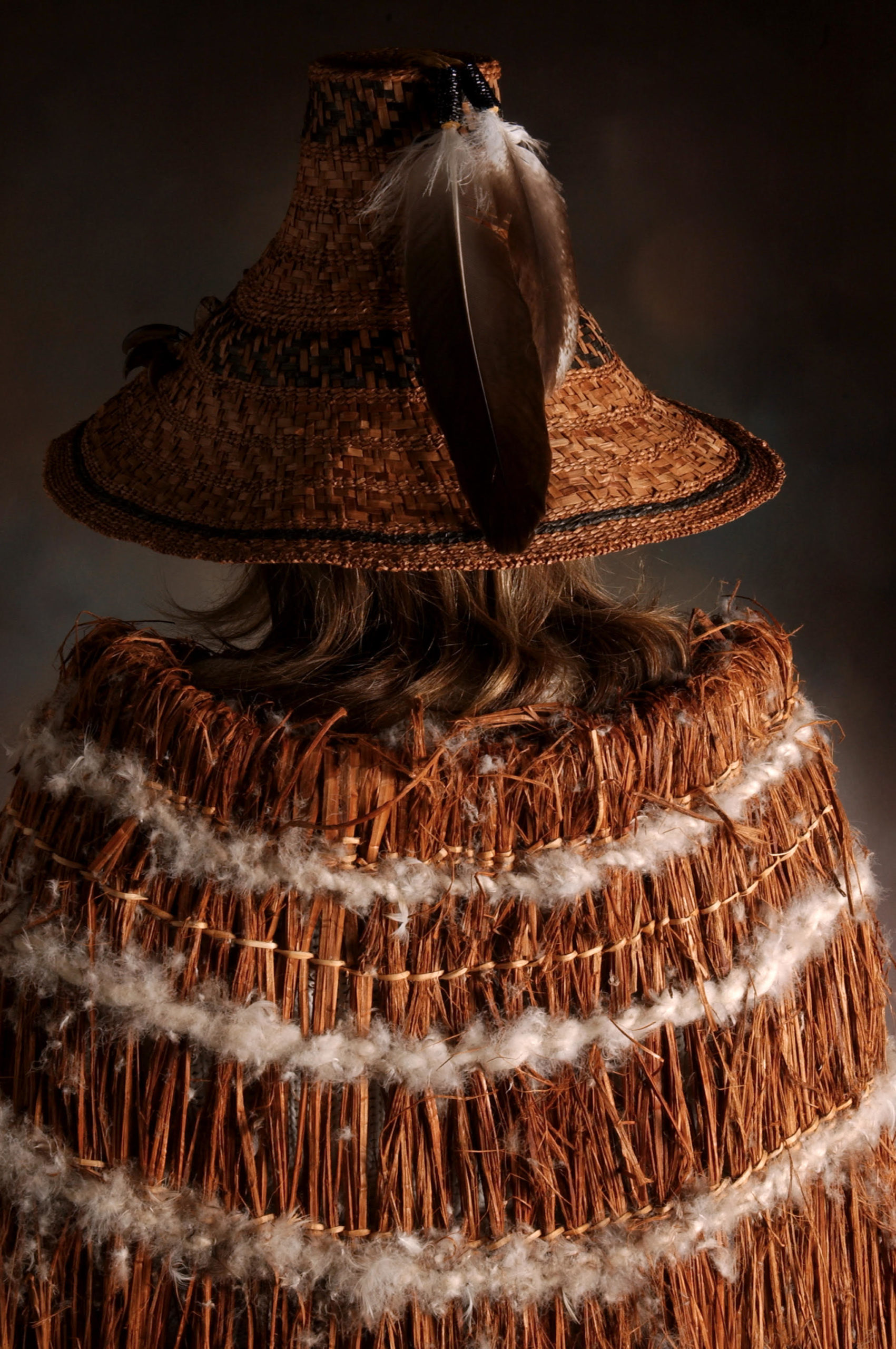 Bill Reid Gallery of Northwest Coast Art announces its next major exhibition, Intangible, a collection of evocative and diverse Coast Salish works on display from September 13 – December 10, 2017. Influenced by ancestral teachings, six artists will reveal their contemporary creations – from vibrant blown-glass sculptures, and exquisite, copper jewelry, to experimental fibre textiles, and provocative multimedia works – as testament to the dynamic nature of Coast Salish culture and its transcending connections to history and place.

“The artistic traditions of the Coast Salish are diverse and driven by esoteric knowledge that is shared from one generation to the next, in continuous flux,” says Beth Carter, curator, Bill Reid Gallery. “Each artist featured at Intangible comes from a unique background. Some are primarily influenced by their respective lineages, while others have found inspiration from sources within and outside their immediate community. This fluidity of knowledge gathering opens the way for a wealth of new and exciting ideas to surface. As a result, the original works to be discovered by these emerging and established artists challenge pre-conceived notions of ‘Coast Salish art’, while referencing the techniques passed down for millennia.”

The Intangible project is led by Guest Curator Sharon Fortney, an Indigenous scholar of Klahoose and German ancestry. A specialist in Coast Salish material culture, Fortney has worked with renowned institutions, among which include the UBC Museum of Anthropology, the Museum of Vancouver, and Seattle Art Museum.

“This innovative exhibition alongside ancillary programming, which will further enrich the experience for visitors, aligns perfectly with the Bill Reid Gallery’s commitment to celebrate the living cultures of the Northwest Coast,” added Alexandra Montgomery, director, Bill Reid Gallery. 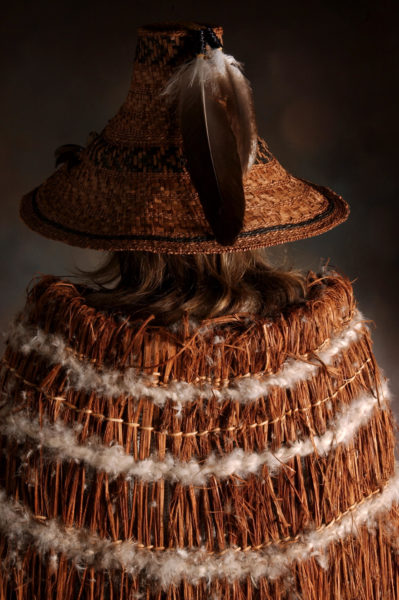 lessLIE (Leslie Sam) hails from the Cowichan tribes. While working in a number of mediums, he is best known for his intriguing serigraph prints. Often politically-charged, his creations invoke irony and humour through text inspired by Picasso’s words, “art is a lie that tells the truth.”

Marvin Oliver, an acclaimed Quinault / Isleta Pueblo sculptor, works in cedar, bronze, steel and glass. He is celebrated for his large-scale works such as the 26-ft suspended steel & glass installation, Mystical Journey, at Seattle’s Children’s Hospital. At Intangible, Oliver will present his latest blown-glass masterworks etched with bronze and photo prints.

Ostwelve (Ronnie Dean Harris) born in the Sto:lo Territory of BC (Fraser Valley) is a multi-media art practitioner fueled by a passion for filmmaking and hip-hop. As a performer, he has toured the world, opening for rappers Snoop Dogg and Coolio early in his career. He will debut a new work examining Salish land in the urban context.

Roxanne Charles, a member of the Semiahmoo First Nation in Surrey tackles Indigenous women’s issues through a variety of mediums including fibre weaving. Her monumental installations, and artistic concepts frequently incorporate performance and story-telling.

Tracy Williams (Sesemiya) is a talented, Squamish weaver, and traditionalist, who is not afraid to experiment or make mistakes while reclaiming lost knowledge. Through experimentation with plant, animal, and mineral components, she has recovered lost knowledge relating to weaving practices while addressing issues of land sovereignty. Sharing her practices with younger generations is a key aspect of her work; she is as comfortable in the classroom as she is on the land.

Intangible is proudly sponsored by The Audain Foundation.

The Bill Reid Gallery of Northwest Coast Art is a public gallery nestled in the heart of downtown Vancouver. It is named after acclaimed Haida artist Bill Reid (1920 – 1998), a master goldsmith, carver, sculptor, writer, broadcaster and spokesman.