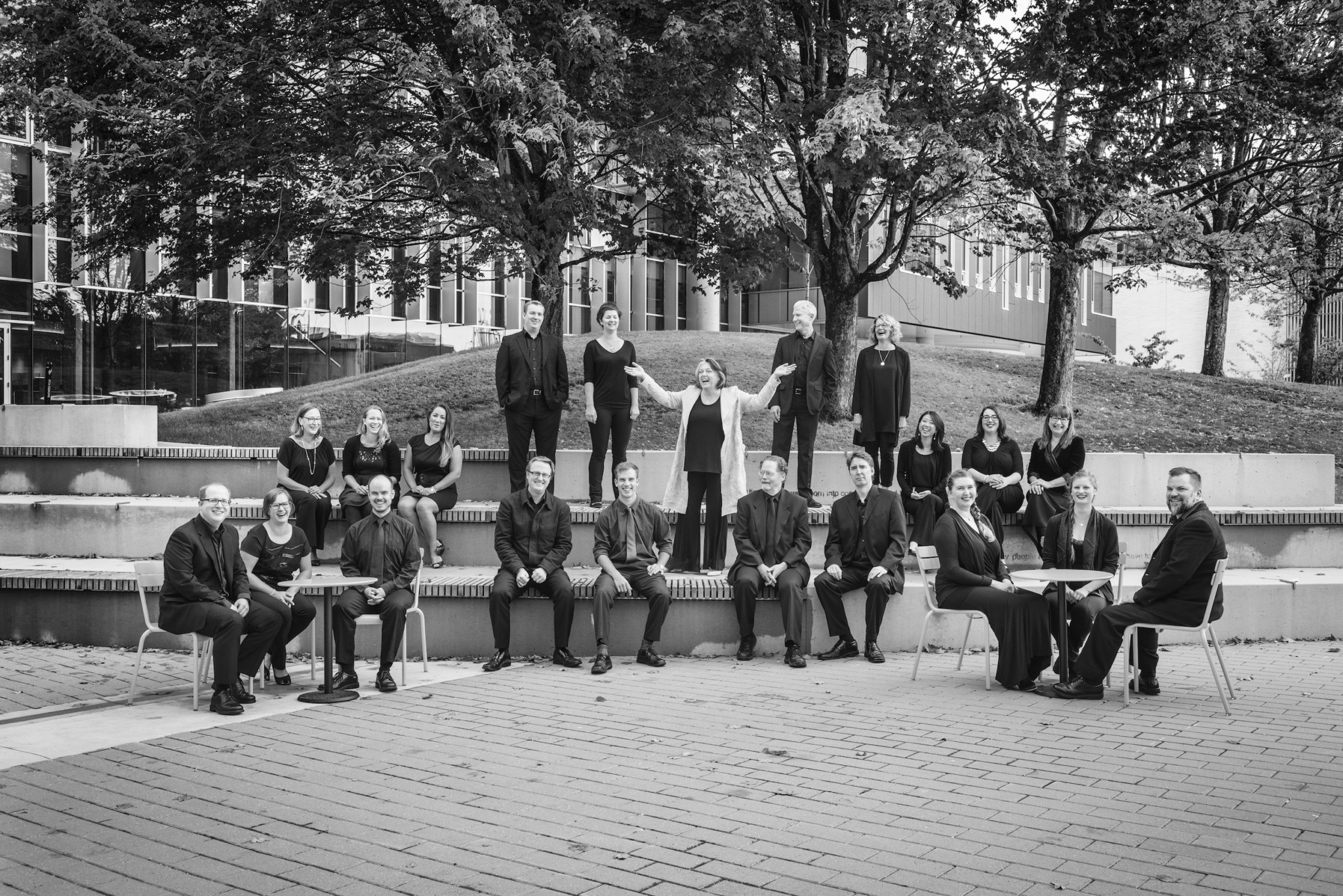 Early Music Vancouver (EMV) invites White Rock and Vancouver audiences to experience the energy and drama of its first-ever production of Handel’s Messiah, November 30, 2017 at 7:30pm at the White Rock Baptist Church, and December 1 & 2, 2017 at 7:30pm at the Vancouver Playhouse. Music director and harpsichordist Alexander Weimann will lead the Pacific Baroque Orchestra, the Vancouver Cantata Singers, and four internationally acclaimed vocalists in performances that will bring new life to this holiday classic.

“Since almost everyone is familiar with Handel’s Messiah, it is easy to forget that it is one of the world’s most famous works of classical music for a reason – it is utterly fabulous music,” says EMV Executive and Artistic Director Matthew White. “When this work is given a committed, well-rehearsed, and energetic reading by artists who understand the rhetorical musical language of the Baroque period, it has the power to be incredibly dramatic and moving. Its effect can be really surprising to people who mostly associate it as background music to accompany Christmas shopping.”

Handel’s Messiah is one of the most iconic pieces of the classical repertoire and has an unbroken performance tradition dating back to its debut performance in 1742. In the words of Sir Thomas Beecham, over the next two hundred years, the choruses, in particular, became the British “national medium of musical utterance”. As the popularity of this work grew, so too did the scope of the performing forces. It seemed everyone wanted a piece of the action. One London performance in 1857, for example, involved over 200 singers and 500 instrumentalists. Though the scope of this extraordinary performance was, and would still be seen as uncommon, it is still a normal occurrence to hear this work sung by choruses involving hundreds of singers and huge modern symphonic orchestras. Despite the fact that performances on this scale can still be very engaging, EMV believes it is still worth asking whether or not this is how the work was originally conceived.

EMV’s presentation of Messiah will demonstrate how the experience can change dramatically for the audience when period instruments are used and the sheer number of musicians is reduced. Bernard Shaw, the 19th century critic once said: “Why instead of wasting huge sums on the multitudinous dullness of a Handel Festival does not somebody set up a thoroughly rehearsed and exhaustively studied the performance of the Messiah with a chorus of 20 capable artists?” This sort of straightforward question was at the heart of why the historically informed performance practice movement was started in the 1970s, and led to the re-discovery of how using period instruments, baroque gesture, articulation, and tuning systems could transform and often heighten the power of music from any period. To this end, EMV’s Messiah will feature a baroque chamber orchestra of 20 period instrumentalists, as well as a chorus of only 30 singers that is by nature, more nimble and flexible than a large symphony chorus.

Messiah had an immediate and powerful effect on Handel’s audience and came along just in time to bring life to his flagging career in London. While he had achieved fame for his brilliant Italian operas (eg. Rinaldo and Julius Caesar), the English public had grown weary of this style and was ready for a form that was both more accessible to English audiences and able to be sung plausibly by the more affordable local English singers. While Handel was a musical genius, he was also a businessman who was interested in staying relevant and in step with what audiences wanted. He composed Messiah in 1741 in less than a month. Within two months, the work had already been performed very successfully at a hall in Dublin built to hold 600 people. The opening night was sold out. Concert-goers were said to have been seated shoulder to shoulder and advised to leave their swords at home to conserve space. It was the start of a very long performance run, and exactly what Handel needed to re-affirm his place at the head of the English musical firmament.

EMV’s production of Messiah will feature four international soloists that all have extensive experience performing Handel with some of the most respected baroque specialists in the world: Yulia Van Doren (soprano), Krisztina Szabó (mezzo-soprano), Charles Daniels (tenor), and Tyler Duncan (baritone). This dream team of vocal soloists will partner with Vancouver’s very own Juno-nominated Pacific Baroque Orchestra (PBO), and the Vancouver Cantata Singers for what promises to be a revelatory take on Handel’s best-known work.

ABOUT EARLY MUSIC VANCOUVER (earlymusic.bc.ca)
For 45 years, Early Music Vancouver (EMV) has dedicated itself to fostering an understanding and appreciation of musical treasures from the Renaissance, Baroque, and Classical periods. Currently, under the leadership of Matthew White – renowned countertenor and founding director of the Quebec-based ensemble Les Voix Baroques – EMV continues to garner international acclaim as the largest presenter of early music in Canada, and as one of the most active and innovative organizations in its field in North America. EMV is proud of its educational outreach initiatives that include its popular, annual summer festival at UBC’s School of Music; a new Baroque Mentorship Orchestra; community lectures; and instrument instruction and preservation.