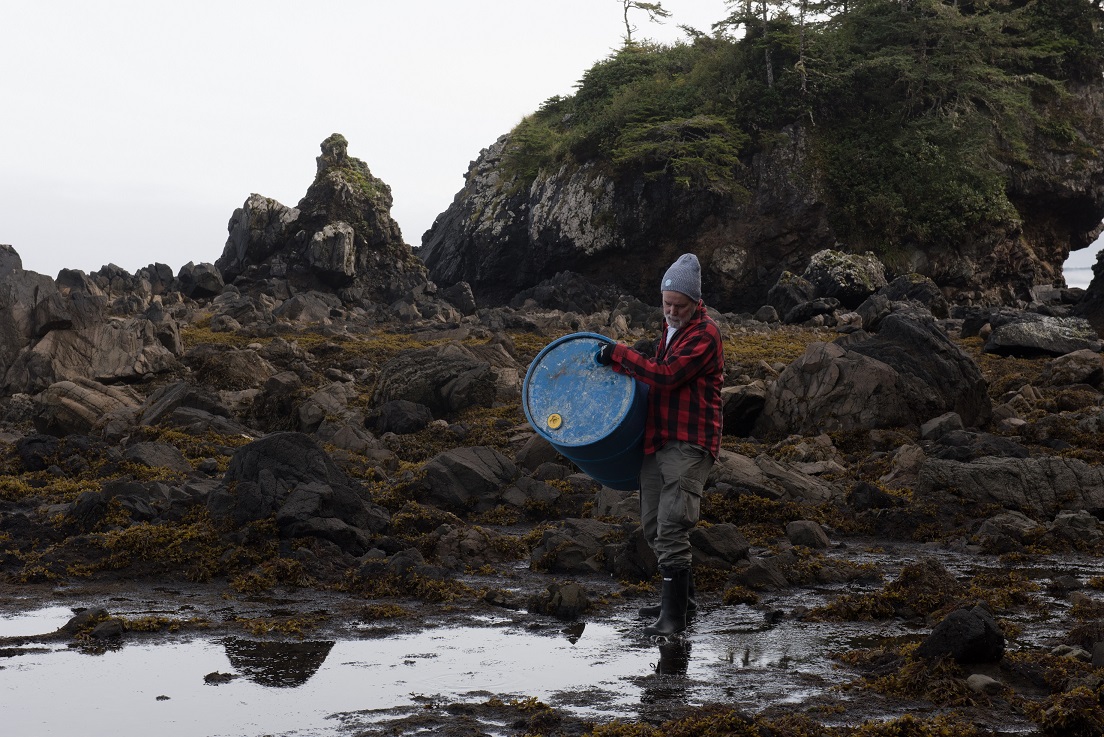 Internationally-renowned author, artist, and designer Douglas Coupland is collaborating with Ocean Wise® to highlight an escalating global conservation crisis – ocean plastic pollution – through a new major sculpture exhibition that will be unveiled at Vancouver Aquarium on May 18, 2018. This is a first for both the artist and the organization. The year-long installation, titled Vortex, will immerse visitors in a contemplative, emotive, and transformative experience.

“We are honoured to be partnering with Douglas Coupland and excited to work with him at a time when ocean pollution awareness has never been more imperative. Plastics are entering our oceans at an alarming rate – one dump truck full per minute – posing a grave threat to marine ecosystems and aquatic life. The only way to tackle this overwhelming problem and restore the health of our oceans is through increased understanding,” said John Nightingale, Ocean Wise President and CEO. “Coupland is a cultural clairvoyant. This project will provide Vancouver Aquarium visitors with the opportunity to engage with the impact humans have on our oceans. They will meet Coupland at the imaginative collision point between art and environment.”

The exhibit brings together Coupland’s west coast upbringing, his well-known fascination with both mass culture and crowdsourced materials, and his ever-evolving relationship with plastics and human-made materials. A large part of his exhibit is a creative reimagining of what is commonly called “the Pacific Trash Vortex” – also referred to as the Great Pacific Garbage Patch – and will feature a colourful array of ocean plastics collected along the British Columbia coastline by Coupland and collaborating cleanup organizations. The work will be thoughtfully curated and modified by the artist.

“I’ve been collecting consumer plastics for two decades and using them as art materials. Plastic is at once beautiful yet ugly; seductive yet toxic,” said Coupland. “During these same two decades, I’ve also been visiting Haida Gwaii annually, beachcombing and hiking. In the years following the 2013 Japanese earthquake and its ensuing tsunami, the plastics I once bought in Tokyo began washing up on my home shores. It changed me on a deep level. It chilled me. I knew I had to explore the strange new relationship humans have established with the planet. I also realized I had to do this in one of the best aquariums in the world, not at a traditional art museum. The evening I decided this, I was in Berlin. Working with the team at Vancouver Aquarium, our discussion quickly evolved into an installation focused on highlighting the human fascination with plastic and the challenges it’s posing to the oceans.”

Coupland’s literary and visual art combined have earned him recognition the world over. Coupland is an Officer of the Order of Canada and a Chevalier de l’Ordre des Arts et des Lettres. Coupland’s first novel and international bestseller, Generation X: Tales for an Accelerated Culture, was the precursor to an extraordinary library of published prose in many languages. During the past three years, Coupland has had solo museum shows in Vancouver, Toronto, Rotterdam and Munich, participated in many group shows, and was Google’s 2015 Artist in Residence at their Paris Google Cultural Centre.

Ocean Wise would like to extend special gratitude to Haida Nation, Parks Canada, Fisheries and Oceans Canada, and the Pacific Science Enterprise Centre for on-the-ground project support as well as The Lagniappe Foundation, Eric Savics and Kim Spencer-Nairn, and Charles and Dale Young for their financial support of this exhibit.

Coupland’s exhibit will be hosted at Vancouver Aquarium as an immersive display of ocean plastic. Throughout the galleries of the Aquarium, visitors will also encounter interactive experiences that highlight the ways plastic have penetrated and impacted our oceans as well as forward-looking solutions that will help us create more sustainable oceans into the future.

Since 1991, Coupland has written thirteen novels published in most languages. He has written and performed for England’s Royal Shakespeare Company and is a columnist for The Financial Times of London. He is a frequent contributor to The New York Times, e-flux, DIS and Vice. In 2000, Coupland amplified his visual art production and has recently had two separate museum retrospectives, Everything is Anything is Anywhere is Everywhere at the Vancouver Art Gallery, The Royal Ontario Museum, and the Museum of Contemporary Canadian Art, and Bit Rot at the Witte de With Center for Contemporary Art in Rotterdam, and Villa Stücke in Munich this past fall. In 2015 and 2016, Coupland was artist in residence in the Paris Google Cultural Institute. Coupland is a member of the Royal Canadian Academy, an Officer of the Order of Canada, an Officer of the Order of British Columbia, a Chevlier de l’Order des Arts et des Lettres, and receiver of the Lieutenant Governor’s Award for Literary Excellence.

Visit www.coupland.com for additional information about the artist.

Ocean Wise®
Ocean Wise is a not-for-profit organization whose vision is a world in which oceans are healthy and flourishing. www.ocean.org

NIGHT AT THE AQUARIUM: ART AND MUSIC MERGE FOR A MAGICAL NIGHT UNDER THE SEA