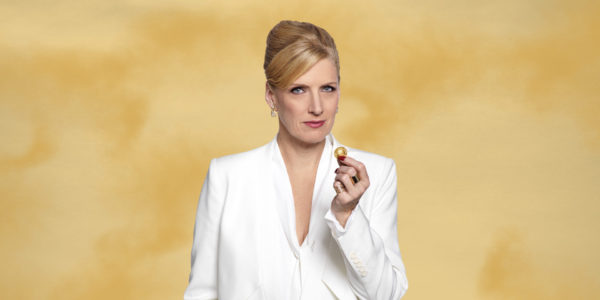 Timon of Athens is one of the lesser known and later (thought to be written in 1608) of Shakespeare’s plays, it reflects on the fragile nature of high society and our human connection to it.  What happens when you are dealt a bitter blow and all you believe to be true falls away? Well, insanity and death, apparently. To quote Director Meg Roe (The Tempest, Bard 2014; Middletown, Shaw Festival 2017):

“Timon of Athens is a difficult play.”

But what better place to experience something challenging than at the Bard on the Beach, Vancouver’s long-running Shakespeare festival?

In its 29th year, the Bard on the Beach continues to provide quality productions of Shakespeare in a stunning venue located at Vanier Park.  I was struck by the streamlined, elegance of the tents and efficient, friendliness of the volunteer staff, who clearly love their work. We were in the Howard Family Stage at the Douglas Campbell Theater, although a smaller venue than the mainstage, it provides an intimate setting and lends itself well to the actors extending the action into the audience, a technique which this play makes good use of.

Likewise, you get the feeling that you are part of something organic and intimate.  It is opening night, people greet each other fondly, it has the festive feeling of a cocktail party even before the play starts.  This is familiar ground for many, ‘the Bard’ is a tradition that is now ingrained in people’s lives, stylish and magical… a far cry from the hackneyed attempts at Shakespeare many of us have experienced in the past.

As the play itself opens, the cocktail party feeling continues.  The cast mill about, mingling with each other, bits of conversations floating over to the audience in snippets.   This is high society, enjoying their bounty, a happy veneer on everyone’s faces. Timon, played by Colleen Wheeler, is the generous benefactress of the feast.  She lavishes compliments, gifts and love on her friends. Each of her friends are unique and represent a particular societal archetype. The powerful, no- nonsense business woman (Patti Allan), the fawning friend (Quelemia Sparrow), the ambitious mother (Michelle Fisk), the sensible frugalist (Marci T. House), the bitter snubbed (Adele Noronha) and the poets and artists who are the beneficiaries of her patronage. (Jennifer Lines, Kate Besworth).  After the party, however, the veneer falls away.  It turns out Timon is destitute and when attempts to borrow or collect what she has lent from these same friends fails, she falls into bitterness and despair.  In the second half of the play, though her fortune returns and her former friends and faithful employees (Moya O’Connell, Ming Hudson) entreat her, she rejects them all and refuses to return to society, having seen its darker side, she will never be the same again.

I do not want to provide spoilers so I won’t give too much away, but I will say that a large part of the brilliance of this play can be attributed to the staging and artistic vision of the company working on Timon of Athens.

The performances by the actors were sharp and vivid.  The use of the stage space (Drew Facey), costumes (Mara Gottler) and music (Alessandro Juliani) were thoughtfully crafted and allowed the shift from elegance and sophistication to complete chaos in the most seamless way.

Colleen Wheeler delivers a heart-stopping performance and portrays both Timon’s generous nature and righteous rage with passion and clarity.  She has been called a “force of nature” by critics. And she certainly is.

This play was originally written with a male cast, with little or no female speaking parts.  It has been adapted for an almost entirely female cast, which modernized it and I felt, added a dimension to the friendships that may have been missing in the original play.

I always enjoy a chance to watch Shakespeare live and this play is no exception. Timon of Athens is difficult, because it deals with a difficult subject.  However, its relevance lies in allowing us to examine our own modern values of wealth and privilege. It is, as Meg Roe concludes: “A difficult play for our difficult times” And filling in the moral at the end, “the most difficult part”.

Timon of Athens is running from June 10 – September 9 on the Howard Family Stage in the Douglas Campbell Theater.

Bard on the Beach – Lysistrata

Bard on the Beach – Macbeth – a review

Bard on the Beach presents Bold and Beautiful