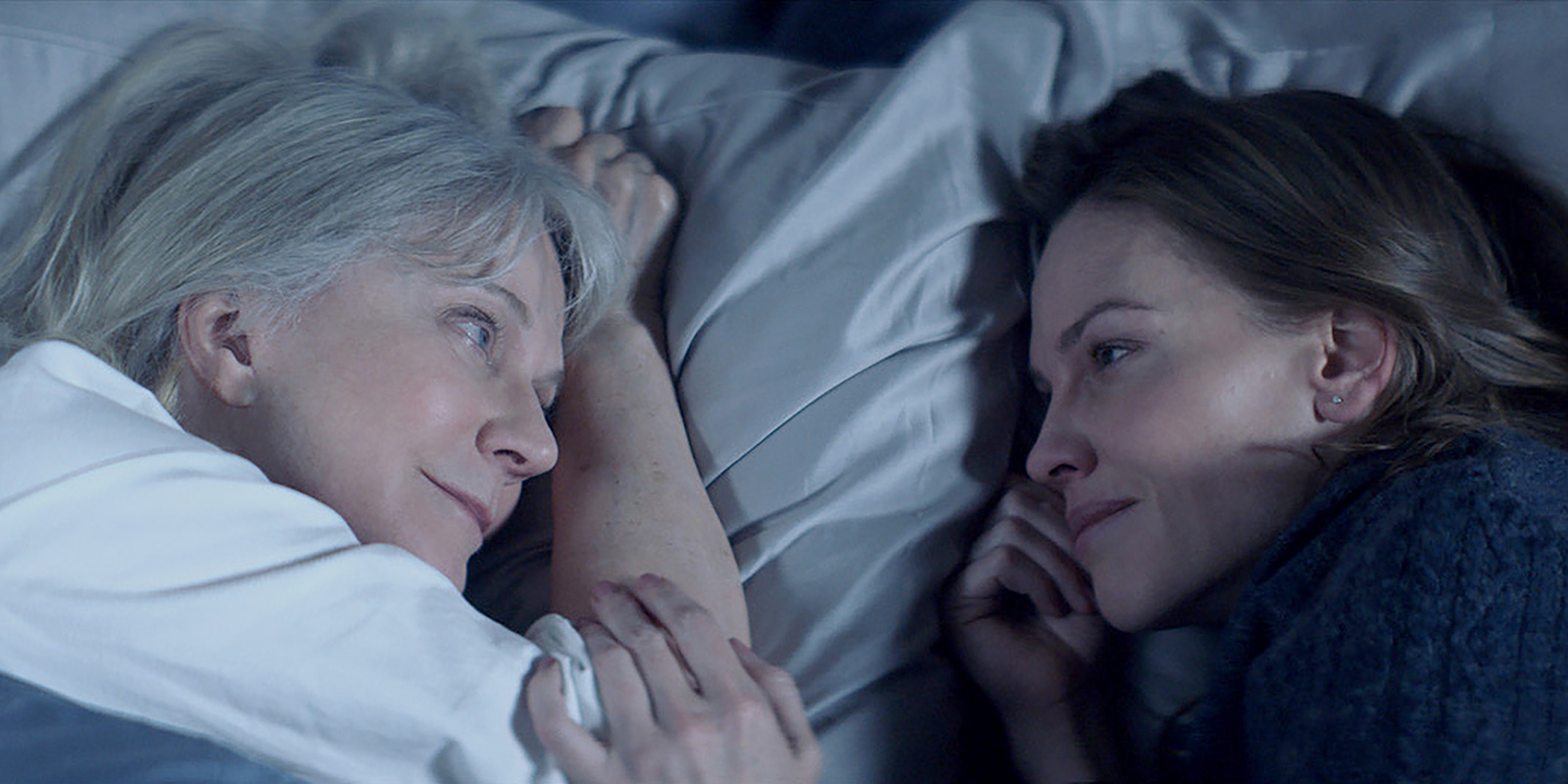 “What They Had” is a moving drama about difficult decisions and the interplay of family members as they search for solutions. Bridget (Hilary Swank) is phoned from her home in California by her brother Nick (Michael Shannon), telling her that she is needed in Chicago to help solve a concern with their parents, Ruth (Blythe Danner) and Burt (Robert Forster). Bridget comes, accompanied by her young adult daughter Emma (Taissa Farmiga).

When she arrives, she learns that their mother, who has been diagnosed with Alzheimer’s, is in hospital, having finally been found in another city after having left the house in the middle of the night during a snowstorm. Nick, who lives in Chicago near his parents, is adamant that their mother needs to be in a care facility, but their father is obstinate, insisting that he can continue to care for her at home. Nick expects his sister, who has power of attorney, to agree with him, but she demurs, trying to see all sides of the story while, at the same time, struggling with issues involving both her daughter and her marriage.

Everything about this story feels real. Resentments and misunderstandings that have been in the background for years are exposed, but the family members continue to find humour in many of the predicaments. Through it all, Ruth slips in and out of reality, Burt remains firm in his desire to keep his wife at home and the family struggles to come to consensus.

Directed by Elizabeth Chomko, the film includes superb acting on the part of every one of the actors, outstanding lighting and cinematography and a plot which engrosses the viewer from beginning to end.