The 2018 Bard on the Beach Shakespeare Festival has ended on a record-breaking high note, with a total season attendance of over 108,000 – up 8% from the previous year – and a lineup of successful plays and special events that repeatedly sold out houses throughout the Festival. 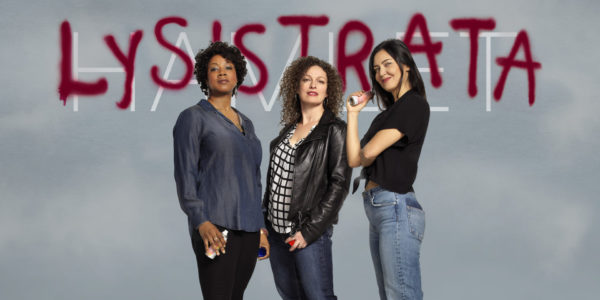 The 29th Bard season ran from June 6 to September 28. On the BMO Mainstage, a powerful classical production of Macbeth ran in repertory with As You Like It, set in ‘60s Vancouver and featuring 25 classic Beatles songs performed live by the cast. The intimate Howard Family Stage offered the rarely-produced drama, Timon of Athens with a female-dominated cast, alternating with a Bard-commissioned new adaptation of the classic Greek comedy Lysistrata. 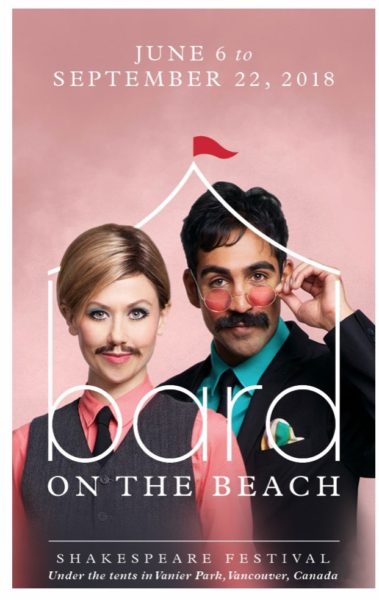 As You Like It emerged as the superstar of the season, smashing every benchmark the Festival has ever set. Seven additional performances were added to meet ticket demand, extending the Festival season by one week to September 28. Macbeth performances also sold out throughout its run, and it drew enthusiastic critical praise for both its acting and classic staging. Highlights from the season include visitors from around the world and every field including politicians, academics, sports stars and notable actors including  Amanda Seyfried (Mamma Mia!) and Elizabeth McGovern (Downton Abbey).

“We are thrilled with both our artistic achievements and our attendance this year,” said Christopher Gaze, Bard on the Beach’s Artistic Director. “We were especially heartened by the response to the range of programming in the Mainstage tent – from As You Like It, a modern, Beatles music-filled comedy, to Macbeth, a Shakespearean tragedy told in true classical style. This season proves that the appetite for Shakespeare remains strong and passionate across the many forms and styles we present.”

Many of Bard’s special events returned in 2018, from the extremely popular Bard-B-Q & Fireworks nights to Opera & Arias concerts, pre-show Wine Wednesday tastings, and themed Family Nights that encouraged a new generation of young theatre-goers to embrace Shakespeare and the Bard experience.

Adds Gaze, “Our success this season allowed us to serve our community better, from strengthening our unique professional and youth education programs, to helping more people to come to Bard who would otherwise face barriers to seeing live theatre.” To that end, Bard advanced its mission to share Shakespeare with young people. Almost 7,000 patrons aged 6 to 22 took advantage of the $32 GLOBAL BC Youth Price, and 6,600 students attended student matinees in June and September, at a deeply discounted student price. Bard also offered its Young Shakespeareans workshops in July and August (ages 8-18); 226 participants gained experience performing and playing Shakespeare in a total of 17 sessions, led by current and past Bard acting Company members. The Riotous Youth program continued for its fifth year, giving a gifted group of young adults the chance to continue training in Shakespearean performance while working in various administrative roles.

More than 290 volunteers gave their time to provide governance, administrative, site and Front of House assistance, contributing a total of 17,000 hours of service during the Festival season. Bard audience members generously contributed more than $41,000 to Theatre Cares, the Actors Fund and Bard’s own youth-education Bursary Fund, and the Festival gave 450 complimentary tickets to various local charities and under-served communities throughout the season.

The 2019 Festival season will run from June 5 to September 21 and will include the return of a record-setting Bard hit, an internationally-popular romantic comedy, a cross-cultural romance and a powerful political drama.

The BMO Mainstage hosts a revival of a huge Bard crowd-pleaser, 2007’s Wild West-set The Taming of the Shrew, which will play in repertory with the playful romantic comedy, Shakespeare in Love.  The Howard Family Stage offers two innovative new productions: Shakespeare’s All’s Well That Ends Well, set in India and sparked with south-Asian music and dance, and Coriolanus, a no-holds-barred political drama filled with resonance for our time.

Advance-priced 2019 Season Packs are currently on sale and offer a substantial discount on tickets for all four 2019 productions. Flex Packs go on sale starting November 1. Single tickets go on sale in April, 2019 on the Bard website or from Bard’s Box Office at 604-739-0559.