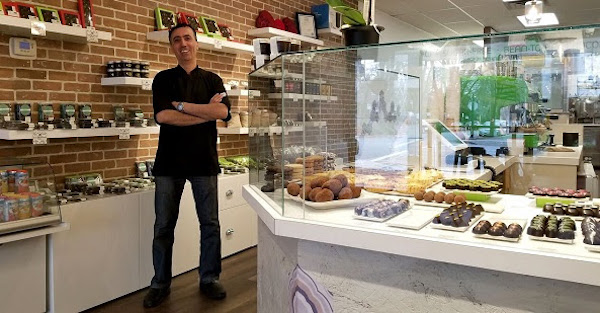 In Spring 2018, Koko Monk’s founder and chocolate maker, Paul Dincer, launched a Kickstarter campaign to raise $10,000 toward the cost of a new location. The campaign was a success, and Dincer is thrilled to welcome guests to his bright new space. “I’m so grateful for the support I received from the campaign, which has turned my dream of opening a second location into a reality,” he says. “It is truly a privilege to do what you love, and I look forward to sharing my passion with both existing and new fans of Koko Monk.”

Koko Monk has drawn raves for its variety of hot chocolates (BuzzFeed ranked it among the “Greatest Places in the World to Get Hot Chocolate)”, and its new 16-seat lounge is the perfect environment in which to savour them, as well as Koko Monk’s popular, raw, bean-to-bar selections, which Dincer calls “chocolate beyond candy.” Other artisan chocolate products — including individual chocolates, fruit and nut barks, vegan bars, and sugar-free selections — plus Turkish coffee, espresso-based beverages, and locally-made pastries, are also available.

In 2019, Koko Monk will begin to produce its “ready-to-brew” Hot Chocolate Cubes, which were part of Dincer’s successful Kickstarter campaign (offered as rewards for backers). The new creations will be available in both of Koko Monk’s locations, allowing everyone to stir up Dincer’s addictive creations at home at their convenience.

When designing his chocolate products, Dincer draws inspiration from his comprehensive background and education in fine art, literature and philosophy, creating one-of-a-kind, complex flavour fusions using raw chocolate (unadulterated, unprocessed cacao beans). In fact, the Koko Monk name highlights a philosophy of living and working with one’s environment and employing natural ingredients, rather than forcing synthesized solutions that go against their natural functions. 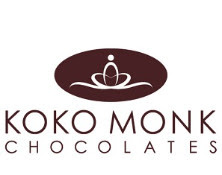