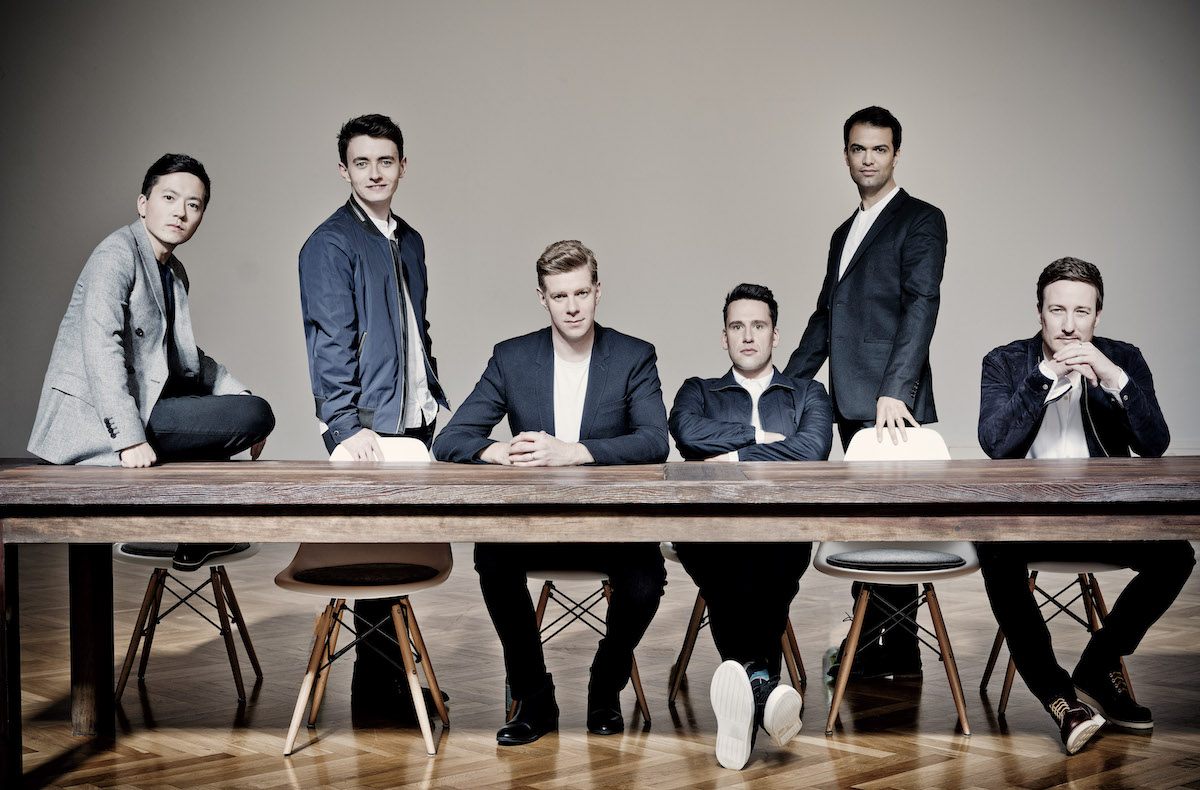 Early Music Vancouver (EMV), proudly presents one of the world’s preeminent vocal ensembles, The King’s Singers with their programme of Royal Blood: Music for Henry VIII, at the Chan Centre for the Performing Arts, February 9, 2019 at 7:30pm. The concert, which is part of The King’s Singers’ 50th Anniversary season and North American tour, investigates King Henry VIII’s life and legacy with compositions from his turbulent court in the early 16th century. Royal Blood will feature works by King Henry VIII, William Byrd, Thomas Weelkes, Henry Purcell, Benjamin Britten, and more.

“This concert is a follow up to EMV’s 2017 presentation of the Choir of King’s College of Cambridge. The original King’s Singers were all previously choral scholars at King’s College of Cambridge, where the rigorous education they received played a central role in creating the high standard for which The King’s Singers are still known,” says Matthew White, Executive and Artistic Director of EMV. “Though the ensemble has performed in Vancouver many times over the years, we are excited to hear them perform a programme with an early music focus. English choral singers grow up on a steady diet of early music which is why they are among the best in the world at performing this repertoire.”

For their first-ever presentation by EMV, The King’s Singers will share an evening of mostly period music depicting life in Tudor England. King Henry VIII, renowned for his political acumen and celebrated for his intellect and love of music and the arts, presided over one of the most culturally rich courts of renaissance Europe. By delving into 16th and 17th century texts on the themes of death, health, and love, The King’s Singers will explore some of the drama that characterized life under the rule of one of England’s most intriguing and unpredictable monarchs.

The King’s Singers were officially founded on May 1,1968, when six recently graduated choral scholars from King’s College, Cambridge, performed a concert at the Queen Elizabeth Hall in London. This debut was the launch pad for The King’s Singers’ now legendary career trajectory. Their original vocal line-up was (by chance) two countertenors, a tenor, two baritones and a bass; a format they have maintained ever since. Over the years, there have been 26 King’s Singers including the original six and 20 subsequent replacements. While it is no longer a prerequisite to have been a choral scholar from Oxford or King’s College, each new member must possess the same standards of musicianship and have an appreciation for the origins of the ensemble. Being a King’s Singer is now one of the most coveted vocal ensemble positions in the world.

Acclaimed for their life-affirming virtuosity and irresistible charm, The King’s Singers are in global demand. Their work—synonymous with the best in vocal ensemble performance — appeals to a vast international audience. What distinguished the group in its early years was its musical diversity. The King’s Singers were a weekly fixture on prime-time television, celebrating popular music never usually touched by choral ensembles. Their unique British charm, combined with their musical craft, captured audiences’ hearts the world over. The group has been consistently welcomed on the world’s great stages throughout its history—from London’s Royal Albert Hall to the Opera House in Sydney to New York’s Carnegie Hall — and they have served as ambassadors for musical excellence across the globe.

Today, the ensemble hailed by The London Times as a ‘superlative vocal sextet,’ consists of star vocalists Patrick Dunachi, countertenor; Timothy Wayne-Wright, countertenor; Julian Gregory, tenor; Christopher Bruerton, baritone; Christopher Gabbitas, baritone; and Jonathan Howard, bass. The King’s Singers were nominated in early December for a GRAMMY Award for their three-disc 50th anniversary album GOLD in the Best Classical Compendium category, and won two previous GRAMMYs—Best Classical Crossover Album in 2008 for Simple Gifts and Best Choral Performance in 2011 for Light & Gold. The King’s Singers have also been honored with an Emmy Award, and inclusion in Gramophone Magazine’s inaugural Hall of Fame, among numerous other accolades. The group is currently celebrating its anniversary season with a concert tour, commemorating the remarkable musical heritage of The King’s Singers and the bright future of vocal music in all its forms.