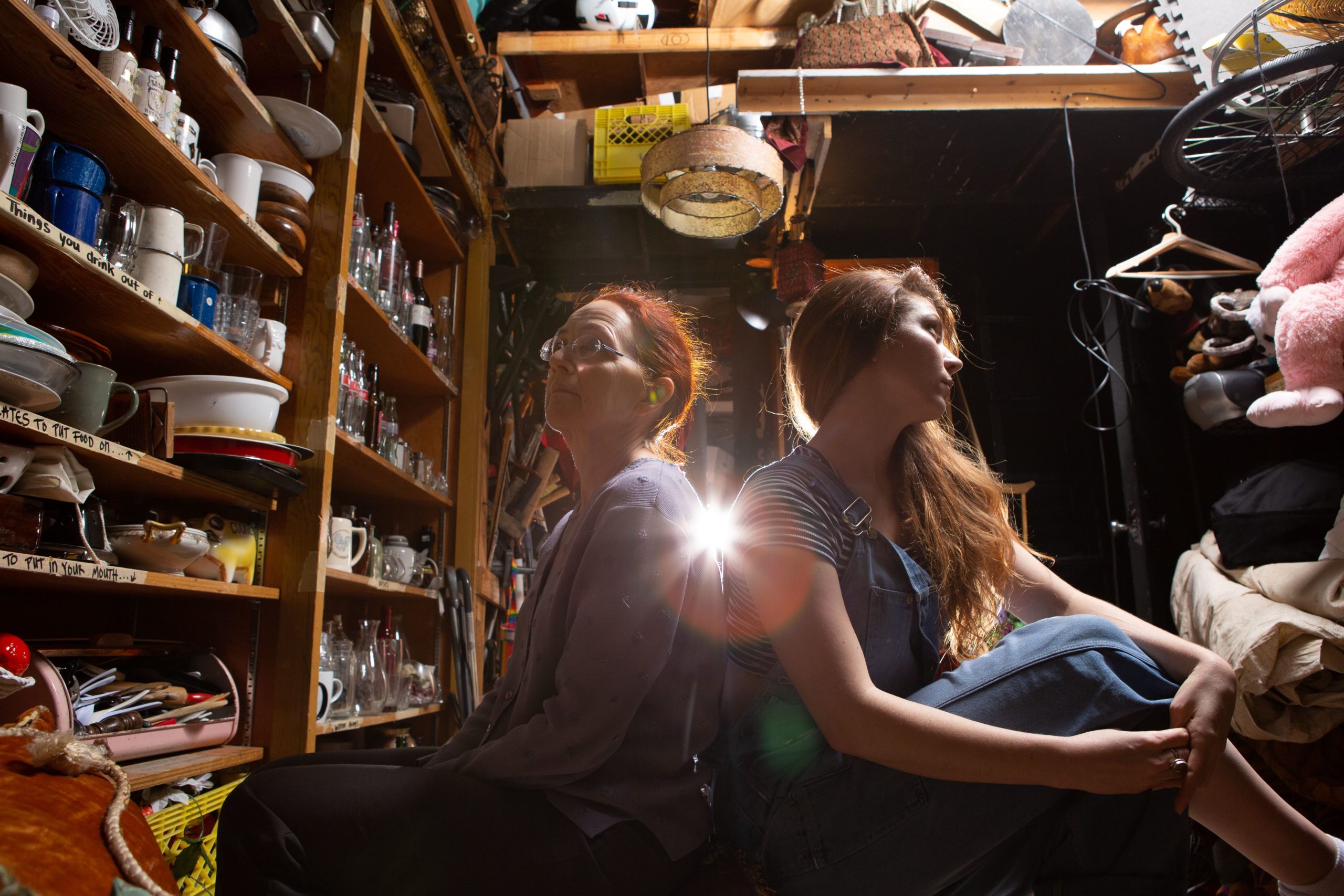 Inspired by the true story of the playwright’s family, comedy-drama explores the tension between holding on and letting go

With timely precision, Zee Zee Theatre presents the world premiere of Dead People’s Things by award-winning local writer Dave Deveau from April 17–May 5, 2019, at Studio 16. This poignant, darkly comic tale based on true events is a reflection on the stories behind the things we collect as we go through life. The play is a heartrending haunting that examines loneliness and the strange contradiction between belongings and belonging.

“There is a profound connection between how we remember those we lose, and the things they have left behind,” says director Cameron Mackenzie. “Throughout human history, we have been obsessed with death and with amassing treasures in life. While baby boomers often value collecting objects, millennials would rather keep online collections than shoeboxes of family heirlooms, attaching their identities to experiences rather than material possessions. With this clear generational shift to an abandonment of tangible items, how do we remember our dead? What do our belongings say about us after we’re gone? Dead People’s Things explores this innate tension between holding on and letting go in undeniably frank, yet comedic fashion.”

Dead People’s Things tells the story of Phyllis, a millennial who inherits a house and all of its contents after her estranged hoarder aunt commits suicide. Phyllis must then collaborate with her neighbour Beatrice, who has been named executor of the estate, to understand the life of a woman she barely knew through the myriad, eclectic items she left behind.

The production is based on the real-life events Deveau and his husband, director Mackenzie, experienced following the death of the playwright’s aunt. The narrative has been fictionalized and characters have been shifted into new personalities, but the heart and root of the work reside in truth. The deeply personal Dead People’s Things marks Deveau’s 11th play, following acclaimed works such as My Funny Valentine and Elbow Room Café: The Musical.

The cast is comprised of two extraordinary Vancouver actors. Jessie Award-winner Eileen Barrett (How I Learned To Drive), who has appeared on such TV shows as The Good Doctor (AMC) and The Magicians (SyFy), plays the confused, heart-broken yet bitingly funny Beatrice. Meaghan Chenosky, who won a Jessie Award for her performance in Killer Joe, plays millennial and new property owner Phyllis.

Founded in 2008, for the past decade Zee Zee Theatre has shared small stories by amplifying the voices of those on the margins. Its name embodies that very notion, its namesake being founding Artistic Director Cameron Mackenzie’s godmother, Zee. Though not a rich woman, Zee brought a generosity of spirit and heart that placed value in building community and giving voice to those who had none. Similarly the company explores intimate moments through which limitless humanity and depth of character can be revealed.

Through signature productions like Elbow Room Café: The Musical, Human Library, and My Funny Valentine, the company continues to drive unique and provocative conversations with diverse audiences on stages across Vancouver. It offers recognizable situations with poignancy and builds a connection with our surrounding community in order to inspire unity in the shared human experience.

We Three: a Show for Young Supporters of the Arts