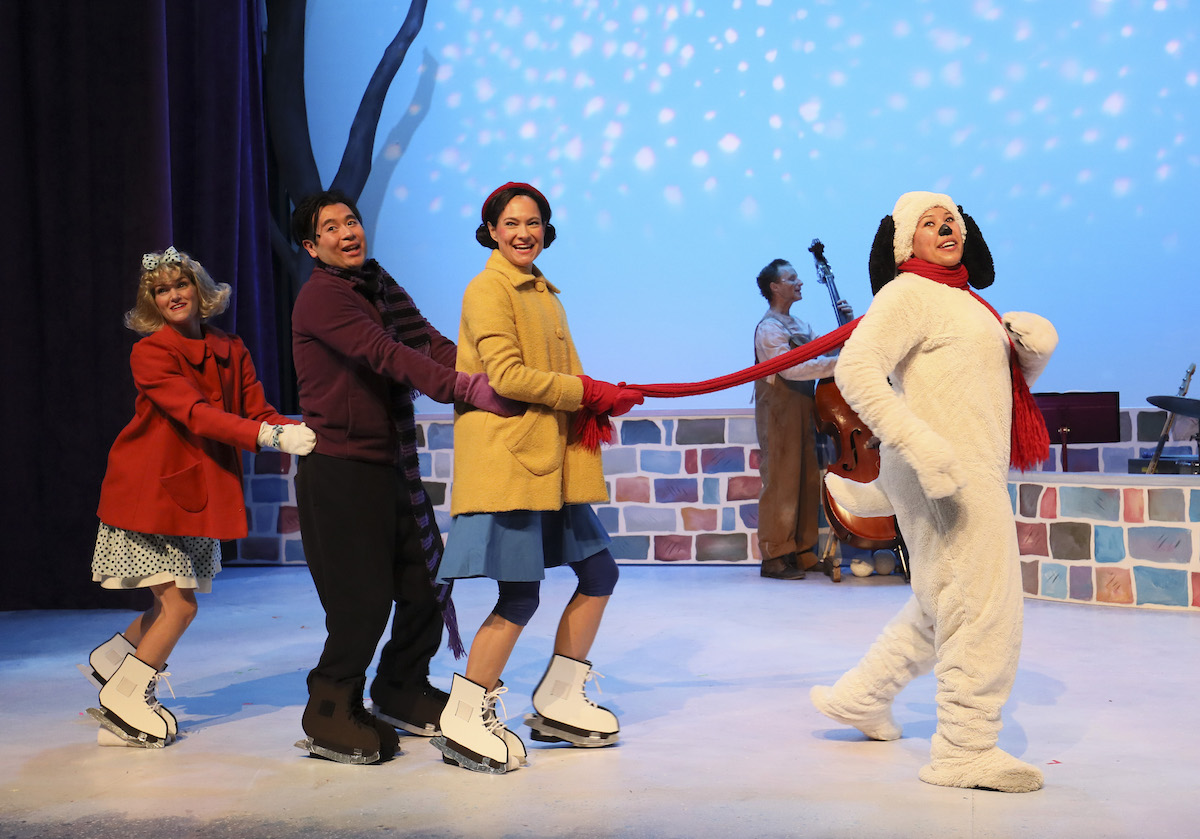 Performing at the Waterfront Theater Granville Island, Carousel Theater’s production of A Charlie Brown Holiday Double Bill was truly “a holiday treat for the whole family”.

The classic Waterfront theater was packed with families eagerly anticipating the play and reviewing the scavenger hunt planned for the Intermission. We were welcomed onto traditional territory by a member of the Musqueam, Squamish and Tsleil-Waututh people.  She welcomed the audience in the traditional way and led everyone in an interactive dance.

The set was cheerful and simple, primarily designed to support the telling of this familiar story and incorporate the musicians into the performance.  This talented group of musicians performed the music in the play live, on stage, dressed as Pigpen (Steve Charles, bassist) Frieda, with her “naturally curly hair”(KeAloha Noelani, percussion) and Violet (Arielle Balance, pianist and Musical Director).  They did were a tight, animated band.

Both stories flowed together with some continuity as the second act incorporated the ideas deliberately established in the first.

The play itself was both humorous and touching.

Charlie Brown (played by Andrew Cownden) was his classically neurotic self, lovable as he reflected the insecurities and disappointments within us all.  I was particularly impressed how Cownden could create a certain facial expression or posture that would instantly transport the image of the original comic onto the stage.  Lucy (played by Emilie Leclerc) was self-absorbed and bossy, Linus (played by Oliver Castillo ) at once deep and dependent.  Sally (played by Rebecca Talbot) continued to struggle the unfairness of life and Schroeder (played by Kevin Takahide Lee) continued to be absorbed in his music.  Through it all, Snoopy (played by Cecilly Day) marched to the beat of his own drum enjoying his life and his dinner!  The songs were performed with vigor and the cast’s touching performance of Happiness is…. brought the first act sweetly to a close.

During the intermission, children were encouraged to participate in the scavenger hunt, take photos with the photo board and write a sticky note to put on the ‘Happiness is…” board.

After the intermission, the audience settled in to watch A Charlie Brown Christmas, in which, Charlie Brown is having trouble with the commercialism of Christmas.  Originally written in 1965, one wonders whether Charles Schulz would have anticipated the continued relevance of his play for the audiences of today for whom the struggle with commercialism has reached new heights. 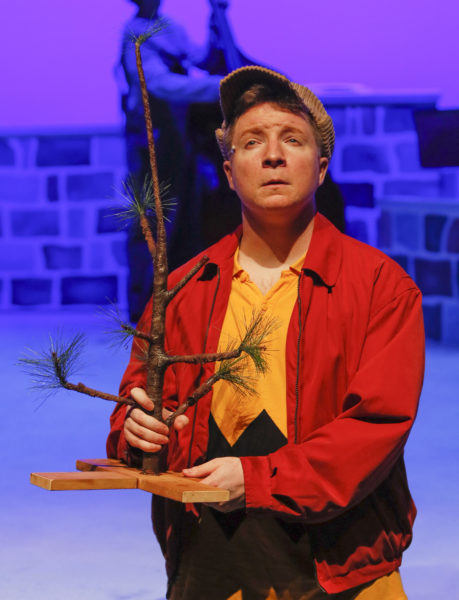 Once again, the cast plunged wholeheartedly into recreating the iconic moments of this Christmas classic (the dance party at the school auditorium, Linus’ Christmas soliloquy and Snoopy’s decorated dog house) while adding some unique elements as such as the finale: A Holiday Megamix.  This brought to the stage some lesser known, but child-friendly favorites such as Dominic the Donkey and Petite Papa Noel.  It was inclusive, festive and fun.

After the performance, the cast members surveyed the audience for ideas on how to help someone who was feeling lonely and, as well, answered questions about the production. Ranging from the very young to…the very young at heart, the audience members were both attentive and delighted over the course of the evening. It is evident that the Carousel’s mission to help young people “embrace their imaginations and to learn compassion through the stories they tell” permeates the careful planning around all aspects of the play, as well as within the play itself.

Particularly, younger audience members loved the snow and the ‘magical tree’ that lost its needles on cue and grew as the Peanuts gang gave it loving attention.

Overall, it was a delightful event to take your family to.  The family behind our row came in costume and I overheard one of the littles say: “I’m Schroder, you just can’t see it.”  It occurred to me that we were all channeling our ‘Inner Schroeder’ as we sat in the audience that night, transported by the iconic music and acting to a gentler, nostalgic place where many things could be solved by humor, friendship and a ‘little love’. 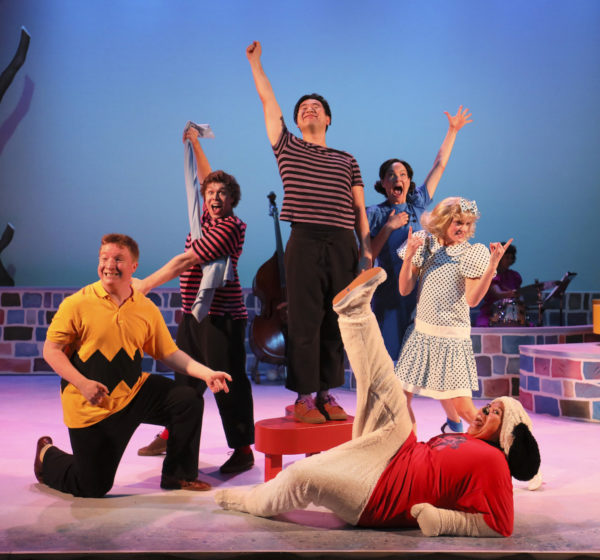 We Three: a Show for Young Supporters of the Arts

The House at Pooh Corner, A Delight for Family Audiences