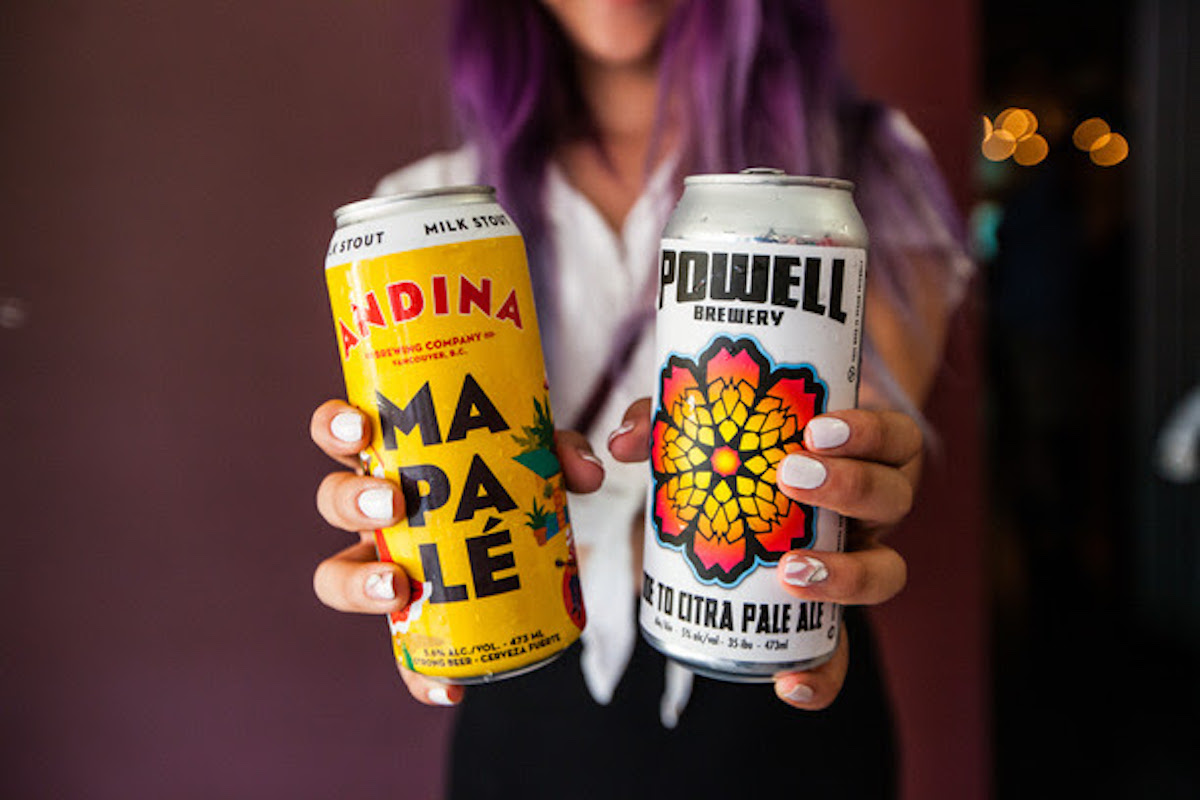 Vancouver Craft Beer Week (VCBW) is gearing up for its 10th annual 10-day celebration of craft beer from May 31 to June 9. Kicking off on Friday, May 31, VCBW is setting the tone for this milestone year with what promises to be one incredible party at the Beaumont Studios. Since the traditional 10th anniversary gift is aluminum, all beverages will be served in cans and partygoers are encouraged to breakout their favourite silvery, sparkly and glittery bests for the occasion.
VCBW favourite, Mark Woodyard returns to perform his dance-inspiring sounds in the Big Room while DJ K-Tel and Coach Fernley throw back the beats in the Gallery. Beaumont Studios is hosting ArtSee, an evolving interactive visual and performing arts series with 40 artists opening up their spaces to share their art and how it’s made. The DownLow Chicken Shack will be heating things up in the “backyard,” and there will be plenty of craft beer to wash it all down. A large selection of cans from the following craft breweries (plus Odd Society Spirits Ginger, Nude Vodka Soda and Coco Frio, as well as Cocos Pure) will rotate throughout the evening:
33 Acres | Andina | Backcountry | Bomber | Bridge | Callister | Category 12 | Collective Arts | Dageraad | Dead Frog | Deep Cove | Driftwood | East Van | Fernie | Four Winds | Fuggles & Warlock | Hoyne | Loudmouth | Main Street | Mariner | Monkey 9 | Northpaw| Old Yale | Parallel 49 | Persephone | Phillips | Powell | Red Racer | Red Truck | Russell| Slow Hand | Smugglers’ Trail | Steamworks | Steel & Oak | Strange Fellows | Strathcona | Superflux | Taylight | Twa Dogs | Vancouver Island | Whistler | Wildeye | Yellow Dog

Tickets for Vancouver Craft Beer Week’s 10th Anniversary Kickoff Party are $25, include entry and one beer, and can be purchased at VancouverCraftBeerWeek.com. Additional cans are priced at $6 each. The official VCBW party goes from 6p.m. to 10 p.m., but those who wish to stay a little longer are in luck as the Beaumont will be taking things over until late with ArtSee.
VCBW is committed to providing a safe space for all genders, ethnicities, abilities and sexual orientations to enjoy and ensuring that craft beer is promoted and appreciated responsibly by adults. All volunteers, staff, and attendees should enjoy their experience free from harassment, assault or intimidation—any such behaviour will not be tolerated. As with all VCBW events, Serving It Right rules apply—attendees must be 19+ years of age and provide two pieces of ID. VCBW guests are reminded to drink responsibly and plan a safe ride home.
About Vancouver Craft Beer Week
Celebrating 10 years of craft beer and craft culture, Vancouver Craft Beer Week (VCBW) has become the most anticipated beer and cider festival in Western Canada. VCBW has evolved from Canada’s first-ever craft beer week into a cultural engine that showcases music, food, art, and craft beer at events across the city starting the last Friday in May every year. VCBW 2019 kicks off on Friday, May 31, continuing throughout the week with events and programming all over the city, culminating at the historic PNE Fairgrounds on Saturday, June 8, and Sunday, June 9, where more than 100 craft breweries and cideries will be pouring 300+ beers and ciders. For more information and to purchase tickets, please visit VancouverCraftBeerWeek.com.

The early bird gets the beer Vancouver Craft Beer Week